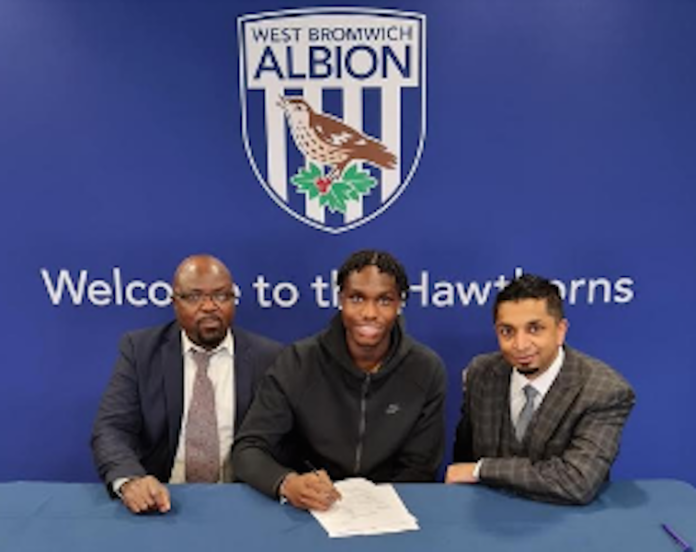 The 19-year-old has signed his first professional contract with the Baggies following a successful trial that lasted four weeks; he impressed everyone including his teammates and coaching staff before he got offered a deal.

Standing 6ft 6in tall , the left-footed centre back is aggressive, quick, and excellent on the ball.
His contract with West Brom will keep him at The Hawthorns until at least the end of the 2021-2022 campaign.

Joshua was offered a three-year contract by Stoke City in September 2020 after another successful trial but the deal fell through at the last minute due to training compensation owed to Irish clubs.

He attracted interest from several other Premier League clubs but chose to join West Brom as he feels there is a genuine pathway to break into their first team.

Joshua has joined West Brom from non-league club Solihull United, he is also eligible to represent Republic of Ireland at international level.