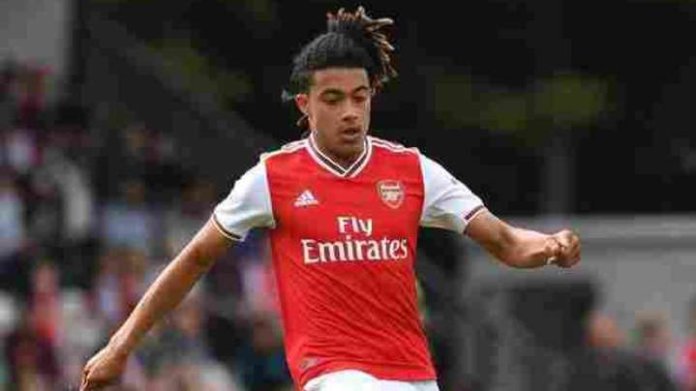 Femi Azeez, elder brother of talented Arsenal midfielder Miguel, continued his fine form for Reading U23 team by netting the winning goal as they recorded a 2-1 win against Crystal Palace in a Premier League 2 fixture yesterday.

His senior debut wasn’t handed to him on a silver platter as it was hugely merited following his imperious displays for the U23s after returning from injury.

Azeez’s goal today saw him take his tally to four goals in his last six outings in the Premier League 2.
Against Crystal Palace, Reading retook the lead as Azeez slotted below goalkeeper Hennessey in the 88th minute to make it 2-1.

Jayden Onen’s 15th minute strike was cancelled out by an unfortunate Michael Stickland own-goal just before the hour mark.
Anglo-Nigerian striker Victor Akinwale played the last 25 minutes for Palace, his second appearance in the division.