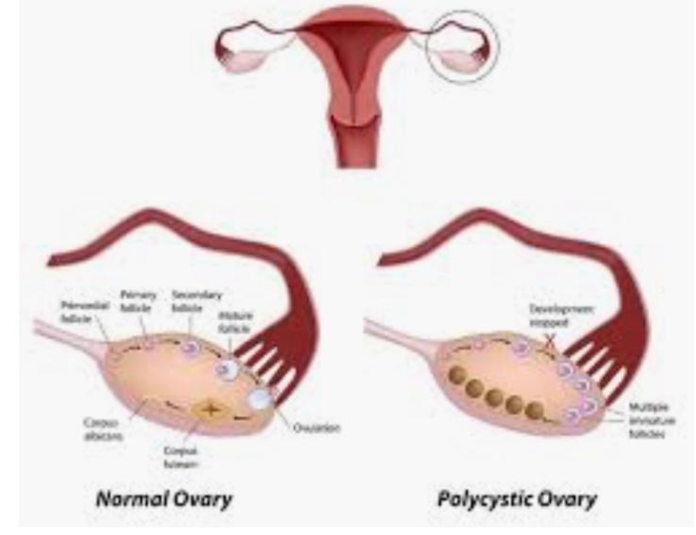 Infertility is a major challenge affecting families across the globe, some of the causes are however treatable if only enough information about the challenges is addressed by specialists. There is the need for increased public education, awareness and advice on these issues. Today, we shall discuss one of them, Polycystic Ovarian Syndrome; PCOS.

Polycystic Ovarian Syndrome (PCOS) affects 5-10% reproductive age women and therefore it is a common endocrine disorder. A previous report from different countries shows the diversity in the incidence of PCOS with great concern which may make PCOS epidemic, however the statistics for PCOS in Nigeria is still scanty. Therefore it is important to evaluate current PCOS status in the country and understand PCOS-related risk in other to effectively prevent and treat women especially teenagers. It is worthy of note that despite the high incidence of PCOS, most Nigeria women especially teenagers do not know much about it.

What is Polycystic Ovary Syndrome (PCOS)?

Polycystic Ovary Syndrome (PCOS) is a condition that affects a woman’s hormone levels. It is a hormonal imbalance which affects women during their childbearing years (ages 15 to 45). PCOS is common, affecting as many as 1 in 15 women. Often, the symptoms begin in the teen years. Treatment can help control the symptoms and prevent long-term complications such as infertility, heart diseases and diabetes.

Most women with PCOS grow many small cysts on their ovaries which are the reproductive organs that produce estrogen and progesterone hormones which regulates the menstrual cycle. That is why it is called polycystic ovary syndrome. The cysts are not harmful but lead to hormone imbalances. This hormone imbalance causes them to skip menstrual periods and makes it harder for them to get pregnant. The ovaries are small, oval-shaped organs located in the pelvis. Their main job is to help women to get pregnant. They produce an egg each month. When the egg is mature, it is released from the ovary (ovulation) and pushed down the fallopian tube so it can be fertilized.

In women with PCOS, the eggs do not develop fully. This is the main cause of difficulties with getting pregnant. In some women diagnosed with PCOS, an ultrasound image of their ovaries will show multiple follicles in the ovaries: these are not actually cysts, but partially formed eggs within the ovaries that haven’t developed properly.The ovaries also produce a small amount of male hormones called androgens. The sex hormones may get out of balance. Normally, the ovaries make a tiny amount of male sex hormones (androgens) but in PCOS, they start making slightly more androgens. This may cause the body to stop ovulating, get acne, and grow extra facial or body hair and in some cases baldness in women. The body may also have a problem using insulin and this causes the blood sugar to rise. This condition is known as insulin resistance. Over time, this increases the chance of getting diabetes and heart disease.

What are the causes of PCOS?

The exact cause of PCOS is unknown. It is believed that high levels of male hormones (androgens) prevent the ovaries from producing hormones and making eggs normally. Genetic factors, insulin resistance, and inflammation have all been linked to excess androgen production

Genes: It is likely that many genes not just one contribute to the condition. So far, no single gene has been found to cause PCOS, so the link is likely to be complex and involve multiple genes. Women with PCOS are 50% more likely to have an immediate female relative like mother, aunt, sister or daughter with PCOS.

Insulin resistance: Up to 70 percent of women with PCOS have insulin resistance, meaning that their cells cannot use insulin (the hormone the pancreas produces to help the body use sugar from foods for energy), properly. The body’s cells stop responding normally to insulin, and instead block the entry of glucose into the cells. This means your body does not use the available insulin effectively to help keep your glucose levels stable and because the insulin is not working effectively, the body reacts by producing more insulin. An increased level of insulin increases the production of androgens, such as testosterone, in the ovaries. Insulin resistance is caused in part by lifestyle factors including being overweight, because of diet or physical inactivity but insulin resistance can also be caused by genetic factors and can occur in women of all weight ranges.