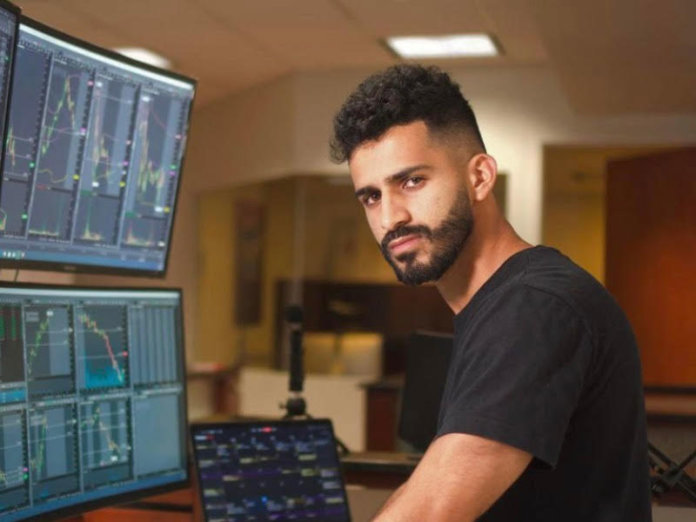 History proves that there are no shortcuts to success, and it takes multiple trials and errors to succeed. Success stories narrate multiple failures that inspirational figures have borne. Umar Ashraf is a young and passionate soul who today, at the age of 24, owns Ashraf Capital, TradeZella, and Stock Market Lab. However, it isn’t as easy as it sounds and Umar has had his fair share of hardships through the journey.

Pakistani by birth, Umar Ashraf flew to America at the age of 5 and grew up in New York. He recently moved to Miami in January 2020 and now lives in California. Umar failed at a few other businesses that include a property solutions company, started by him at the age of 18. He launched this company to work for banks with foreclosed homes that he failed at, as according to Umar Ashraf, he was in it only to make money and consequently rushed the whole procedure.

Umar’s key to remarkable performance and early success is following a strict routine and never letting failure overpower him.

Strategizing and executing flawlessly, is yet another quality that gives Umar an edge over others in the same industry. Umar spoke of meditation as a big help in stressful situations and prioritizes his health and sleep over everything else.

In addition to the prosperity of the feedback system, the Stock Market Lab (SML) community and in-depth education for SML and TradeZella set his business apart from others in the field.

Umar, while being an options and stock trader who has been trading for over six years now, uses Youtube to promote videos on his progress and tips to help people get started with the business ideas they’ve been aiming to implement.

Umar has, however, made it clear to the audience that he is not a financial advisor and, all that he shares on his YouTube channel is just his biased opinion. It is all based on speculation and his personal experience and shall not be confused for a piece of financial advice.

Umar Ashraf, moreover, aims to make people understand that risk comes uninvited with investment. Hence, you should thoroughly do your research before making any investment and never let the fear of failure put you off from trying out your career in trading.