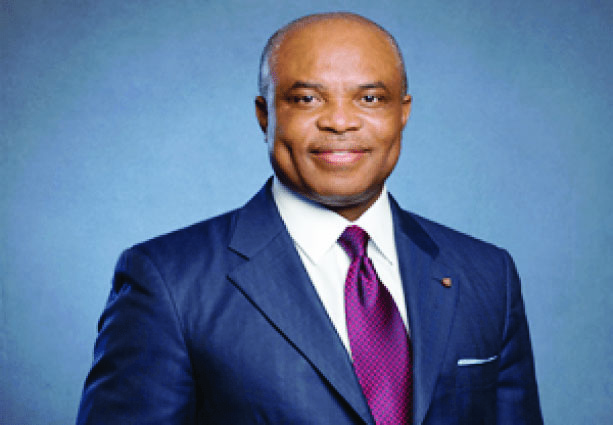 In the past few weeks, the management of Seplat Petroleum Development Company has been attempting to twist the narrative in its ongoing suit against Access Bank Plc, in a bid to attract public sympathy.

Unfortunately, Seplat which has failed to honour its obligation appears not to be bothered about the implication of its bad behaviour on its reputation as a listed company on both the globally-respected London Stock Exchange and one of Africa’s bourse, the Nigerian Stock Exchange.

It is disheartening to note that A.B.C Orjiako, the chairman of Seplat Petroleum Development Company; Seplat as a company; Cardinal Drilling Nigeria Limited, another company associated with the businessman, and Kalu Nwosu, Managing Director of Cardinal Drilling Nigeria Limited, through their sponsored articles now view the move by a commercial bank to recovery its legacy debt that had been put at $85.8 million as corporate bullying and a move for hostile takeover!.

Do these men know the implication of their bad behavior on the systemic health of the financial system? If all banks in the country give out loans to their customers without recouping same, would Nigeria still have a banking system?

Sadly, such bad behavior from this set of recalcitrant debtors and some others was responsible for the near-collapse of the defunct Diamond Bank, before Access Bank intervened and acquired the financial institution.

Access Bank has vowed to recover its debt and it has remained focused on that.

On December 2, 2020, the head office of Seplat was sealed up following a court order which permitted a receiver/manager, Messrs Kunle Ogunba & Co to enforce an ex parte motion requesting that Access Bank take over the oil and gas company’s head office, due to the Cardinal Drilling Nigeria loan taken from Diamond Bank.

The genesis of the matter was that in 2012, Cardinal Drilling Services Limited applied for and obtained a credit facility from Diamond Bank to buy CDS Rigs 101, 201, 202 and 203. The loan was secured by a fixed and floating Debenture over Cardinal’s assets and the Cardinal Rigs were allegedly used to provide drilling services to Seplat.

Thereafter, CDS 101 and 201 were used to execute Seplat’s 2019 work programme and all four rigs were allegedly critical to Seplat’s future drilling plans and to shareholder returns by way of improved revenues and possible dividends. But Cardinal Drilling was unable to service the facility, prompting Access Bank to approach the court to enforce its rights.

Seplat in the letter to the NSE had described Cardinal Drilling as a third party providing it with drilling services.

Few weeks later, Seplat won an appeal to unseal its corporate head office. The Lagos Division of the Court of Appeal on Friday, January 22 suspended the interim order issued by a Federal High Court sealing the office over the matter.

But Access Bank which is bent on recovering its debt, said it had filed a notice of appeal at the Supreme Court to challenge the decision by the Lagos Division of Court of Appeal to unseal the office. The bank maintained that the loan was utilised by Seplat.

The bank, through its solicitors, Mr. Kunle Ogunba and Associates, had argued that the learned justices of the court erred in law when they suspended the interlocutory orders made by the trial judge at the Federal High Court, thereby treating the substantive appeal at an interlocutory stage.

The bank in an affidavit in support of the application before Supreme Court, stated that, “by discharging the said interlocutory orders, the Appeal Court judges, wittingly (via a motion) determined the main appeal which seeks to also discharge the interlocutory orders made by the trial court”.

The bank also stated that the learned justices of the Court of Appeal erred in law when they failed to dismiss the said application, same being an abuse of court process filed to interfere with administration of justice.

It is therefore seeking an order setting aside the Appeal Court’s ruling delivered on January 22, 2021, as well as reinstating the interlocutory orders made by Justice Rilwan Aikawa of the Federal High Court on December 24, 2020.

The bank has also filed a motion on notice for an order of injunction pending appeal at the Court of Appeal, for an order restraining the Seplat and others in the suit, which includes; Cardinal Drilling Services Limited; Orjiako, Nwosu, the baliffs, sheriffs and/or any other person acting through them from taking further step towards enforcing, executing or giving any effect to the ruling/order of the Court of Appeal delivered on January 22, 2021, pending the hearing and final determination of the appeal it has filed at the Supreme Court.

This is not the first time Orjiako will be involved in such scandal as in in 2019, the Asset Management Corporation of Nigeria (AMCON), through its lawyers had written all commercial and merchant banks in the country, directing them to forthwith, stop Sheba Exploration & Production Company and its President, Orjiako and Allenne Limited from withdrawing monies from their accounts domiciled in all the banks.

In addition, the interim order by the court then, had given the Receiver/Manager the mandate to take over all the assets of Sheba E & P, its subsidiaries and affiliate companies, the personal assets of Orjiakor (including his homes at Parkview Estate, Ikoyi, in London and Maryland in the US), his offices and offices of SEPLAT, a floating, production, storage and offloading (FPSO), as well as the shares of SEPLAT Petroleum and Development Company Plc and Platform Petroleum, pending the determination of the case.

Lexavier Partners Legal Practitioners, solicitors to AMCON, had disclosed this in a letter dated August 16, 2019.

Specifically, it disclosed that on August 15, 2019, Justice T.O. Taiwo, had in a ruling at a Federal High Court, at the Abuja, in an interim order against the defendants and in favour of AMCON, had appointed Francis Chuka Agbu, (SAN), as Receiver/Manager.

Lexavier Partners Legal Practioners, in the letter had stated: “We refer to the above subject matter in which we act as Solicitors to AMCON, which is the plaintiff in the suit.

“We wish to inform you that on Thursday, August 15, 2019, the Federal High Court, holden at the Federal Capital Territory, Abuja, coral, Honourable Justice TO Taiwo, made the attached order against the defendants and in favour of AMCON.

“By the said Order, your bank is mandated to henceforth prevent all further withdrawal(s) of funds and other debit transactions from the defendants’ account (s) domiciled with your bank and also furnish the Receiver/Manager within seven days from the date of this notice, with comprehensive statements in respect of each account.”

It had added: “The said account should be forwarded within the stipulated time to an address at Ikoyi. Please note that the attached order is binding and enforceable against your bank and shall remain so until and unless a subsequent order is made to the contrary.

“Consequently, we expect that your bank will fully comply with the order. Thus, we shall be constrained to initiate contempt proceedings against the bank and every responsible officer of the bank in the event that the terms of this order are flouted or in any way undermined by any action or conduct of the bank or any of its officers.”

Meanwhile, the interim court ruling on the matter had stated that the judge had, “granted judicial protection to Francis Chuka Agbu, (SAN), the Receiver/Manager of the Ist defendant applicant herein vide the Deed of Appointment of Receiver of July 30, 2019, to take possession of and preserve the first defendant, Shebah Exploration and Production Company Limited and all assets and undertaking wherever they may be found, including but not limited to those assets lying and situate at: 10c Lugard Avenue, Ikoyi, Lagos; 25a Lugard Avenue, Ikoyi, Lagos; MT Trinity Spirit, a vessel used as a FPSO facility and located in, around, and or within the first defendant’s Ukpokiti oil field, whether or not under the control of the first defendant and wherever it is, within or outside jurisdiction.”

It had also directed that, “all and any movable and immovable assets of Shebah Exploration and Production Company Limited wherever located, in Nigeria or outside of Nigeria, including the production facilities and all other assets belonging to the first defendant and located in and around the Ukpotiki oil field and to take possession of and inventory of all equipment, machinery and any chosen thereon.”

“An interim order directing all the financial institutions listed in the schedule to this motion to disclose to, and or furnish the Receiver with all sums standing to the credit of the defendant in their custody by sending to Francis Chuka Agbu (SAN), as Receiver/Manager, within seven days of receiving this order, a statement showing the outstanding balances of the Defendants.

From the above Orjiako appears to be fast earning a reputation of a notorious bad debtor who would wait to be chased around and dragged to court to force him to live up to his obligation. It is not bullying to apply due process to compel him to pay up.