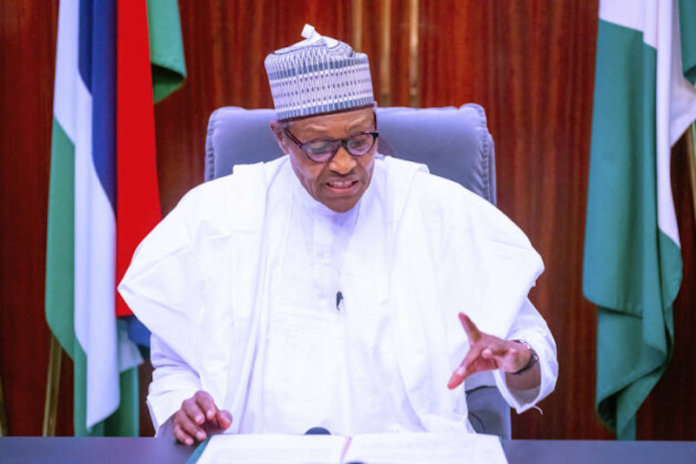 President Muhammadu Buhari yesterday cautioned against ethnic profiling in the battle against insecurity in the country, vowing to deal with insurgents, bandits, kidnappers and other criminals threatening national security.

The president in an address delivered on his behalf by his Chief of Staff, Prof. Ibrahim Gambari, at a meeting of Northern governors and traditional rulers in Kaduna, also challenged the service chiefs to devise new methods of protecting lives and property.

He expressed concern that insecurity is slowing down the country’s efforts to stamp out poverty.
The security crisis also engaged the attention of Sultan of Sokoto and the President General of the Nigerian Supreme Council of Islamic Affairs (NSCIA), Alhaji Muhammed Sa’ad Abubakar III, yesterday, as he kicked against the ethnic profiling of Fulani, saying that not all Fulani herdsmen are bandits.

“Criminals are criminals and should be dealt with accordingly as such, without resorting to ethnic profiling,” the president said, adding that he has tasked the service chiefs to device new strategies for battling the security crisis.

According to him, the meeting provides a platform for deep reflection and dialogue on pertinent issues affecting not only the North but Nigeria.
“These include unity, peaceful coexistence, security and other parameters of development,” he said.

He commended the efforts of the NSGF towards national development, especially during the current challenging period of existential threats to Nigeria’s corporate existence.
He called for frank deliberations on the fundamental issues affecting the country’s corporate existence and asked them to proffer solutions.

According to him, the meeting came at a time when the nation is making steady progress in addressing the many challenges impeding its development.
He stated that the federal government is providing critical infrastructure such as roads, railways, airports among which are critical to the economic prosperity of the people as well as economic opportunities for the citizens to pursue legitimate aspirations that grow the economy.

“At the same time, we are confronting the various dimensions of security challenges that continue to slow down the emancipation of our people from poverty and economic deprivation. The government shall continue to deal with insurgents, bandits, kidnappers and other criminals who constitute a threat to innocent citizens across the country.

“Criminals are criminals and should be dealt with accordingly, without resorting to ethnic profiling. I have already tasked the new service chiefs to devise new strategies that will end this ugly situation where the lives of our people continue to be threatened by hoodlums and criminals.

“I expect that at this meeting, your forum will also discuss and devise ways of building stronger collaboration with the security architecture and the people in defeating criminality across the region and the nation at large,” he said.
He added that the country’s security and democracy indices are inextricably linked.
According to him, democracy and rule of law promote stability, which reinforces the power to assert freedom and economic progress of the people.

He assured the NSGF of support and collaboration in implementing some of the resolutions of the meeting that may require the participation of the federal government.
Buhari also advocated synergy between the NSGF and other forums in the other regions for the collective good of Nigeria.

“You should endeavour to compare notes and peer-review one another to exchange ideas and adopt best practices for the good of the people you govern,” he said.
He lauded the NSGF for de-escalating the recent tension arising from clashes between herders and farmers, which resulted in the loss of lives and property.
According to him, the efforts of the forum in engaging all parties and supporting the efforts of the federal government helped to ameliorate the situation.

“We need to sustain this tempo to attain total calm,” he said.
The president also drew the attention of the governors to some of the key issues bothering the Northern region and the country that require collective efforts to resolve.
These issues, according to him, are population growth, agriculture value chain that is anchored on diversification and improved yields, as well as the revival of industries and other economic opportunities for job creation.

Earlier, in his opening address, Chairman of the NSGF and Governor of Plateau State, Mr. Simon Lalong, called on participants to be open, frank and honest in discussing all the matters that have held the North down as a region.
“We must break down such limitations and move our region, people and ultimately our nation to the next level,” he said.

Lalong lamented the security situation in the North, saying that the NSGF shall continue to engage other stakeholders as it seeks solutions to the cases of insurgency, banditry, kidnapping, and other criminal activities.
He said: “At all times, we must identify, isolate and punish crime no matter who commits it rather than resorting to labelling and generalisation that shields the criminals and generates tension for the innocent.

“On the issue of herder-farmer clashes, which has in recent weeks generated serious concerns because of the harsh rhetoric from various parts of the country, we remain firm that this is a matter that must be carefully addressed with an open mind and without sentiments.
“While we agree that open grazing is no longer sustainable for obvious reasons, the forum has also keyed into the National Livestock Transformation Programme (NLTP) as a veritable option that will go a long way in ending these clashes through organised ranching.”

He appealed to governors and Nigerians in other parts of the country to be cautious in their utterances and actions so as not to provide the oxygen for the exploitation of the national fault lines to the detriment of the nation.
“As for enhancing the economy of the North, we should be able to rise from this meeting with concrete steps to take on how best to create opportunities for our teeming youth population,” Lalong said.

In his remarks, the sultan, who chairs the Northern Traditional Rulers’ Council, called for continuous dialogue to resolve the challenges facing the North.
He said traditional rulers would continue to encourage the governors, pray for them and partner with them.

“So, we must not fail our people, we will not fail our people,” he stated.
In attendance at the meeting were Governors Abdullahi Ganduje of Kano State, Nasir el-Rufai of Kaduna Sate, Aminu Masari of Katsina State, Abubakar Badaru of Jigawa State, Abdullahi Sule of Nasarawa State, Mai Mala Buni of Yobe State, Aminu Tambuwal of Sokoto State and Atiku Bagudu of Kebbi State.

Not All Fulani Herdsmen Are Bandits, Says Sultan

Meanwhile, the Sultan of Sokoto, Alhaji Muhammed Sa’ad Abubakar III, has kicked against ethnic profiling of Fulani, saying not all Fulani herdsmen are bandits.
Abubakar, during a visit to the National Hajj Commission of Nigeria (NAHCON) headquarters in Abuja, warned against blaming the Fulani for the security challenges facing the nation.

He appealed to Nigerians to stop profiling a particular ethnic group for the insecurity confronting the nation.
He also laid the foundation for the construction of a mosque on the premises of the commission’s headquarters.

“Of course, we have some bandits among us, but it does not make Islam or Muslims terrorists. I am a proud Fulani, but I am not a criminal, bandit or terrorist. I just do my best to the best of my ability,” he stated.

He added that although bandits reside among Nigerians, that does not make Islam or Muslim a terrorist group.
He also urged Muslims to behave in line with the dictates of the Holy Quran and the Sunnah of Prophet Muhammad.

In his address to officials of the commission, the sultan described the visit as a special day to him being the first time he was visiting the place.
He also expressed confidence that the current board, headed by Alhaji Zikrullah Kunle Hassan, will build on those achievements of his predecessors.