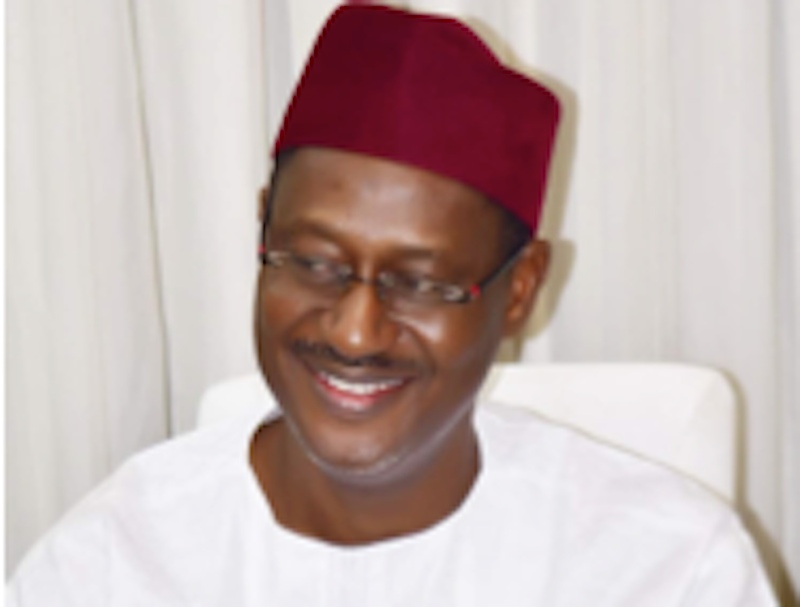 Nigeria’s Financial Regulation stipulates that government agencies must prepare and submit their annual audited accounts and management reports to the Auditor General of the Federation (AuGF) not later than 31st May, of the following year.

When chief executives of public institutions prioritise accountability and transparency in the management of public assets in compliance with regulatory provisions, they do not only help to build stakeholder-wide trust, they also engender growth and spur national development.

In a recent report by the former Auditor General for the Federation (AuGF), Anthony Ayine, 65 agencies have never submitted audited accounts since they were set up; 76 others last submitted theirs in 2010; 51 bodies complied with the requirements for 2016; and only 149 audited statements for the 2015 financial year were submitted in 2017.

The perennial breach of financial rules, which are designed to foster public trust in the handling of public funds, by government agencies is a serious and worrisome practice that deserves concerted efforts by all relevant stakeholders to tackle.

But those with the biggest responsibility of fixing this problem are the Chief Executives of these agencies and their management teams.

Truth be told, some of them inherited years of unaudited accounts from their predecessors. The problem is that instead of working hard to clear the backlog and bring their financial positions up to date, many have done little to correct the anomaly and are rather piling up more and more years of unaudited accounts. This is not acceptable and should not be allowed to continue.

The fact that this breach of financial rules has made several headlines recently, owing to the increasing oversight and engagement of Chief Executives of these public institutions by the National Assembly, demonstrates to a refreshing degree the seriousness with which stakeholders are treating the matter and the justified public outrage.

The FMBN as an Outlier in Accountability

However, it is important to note that there are some outliers. Some agencies have taken remarkable steps to clear the backlog of their financial statements and are on course to bring their books up to date as required by the financial regulations.

A good example is the Federal Mortgage Bank of Nigeria (FMBN).

Like many other public institutions, FMBN has had its fair share of periods where for years the bank failed to comply with financial regulations.

In fact, as of April 2017, when the current management team that is led by Ahmed Musa Dangiwa came on board, the bank’s financial statements for the period 2013 to 2016 were outstanding. Those who ran the nation’s apex mortgage bank during this period failed in their statutory duty of ensuring that they rendered annual audited accounts to the regulatory authorities as required by law.

What has set FMBN apart from other public institutions with similar histories of inherited unaudited accounts rests on the prompt and positive action that it took early on to fix the problem. In what can be termed a good contrast, the new FMBN Management recognised the importance of complying with the financial regulations and set-in motion an institutional machinery towards clearing the backlog not long after it came on board. This was the right and proper thing to do.

Public analysts, stakeholders in the housing industry and those who monitor closely recent developments at the FMBN attest to the new direction of transparency and accountability at the FMBN. It is most likely on the back of this confidence that the bank was quick to issue a public rebuttal to some news reports that misconstrued what transpired when Dangiwa made a presentation to the House Committee on Public Accounts.

In the rebuttal, which was published as an advertorial in about three papers, the FMBN had boldly called out the reports as wrong and inaccurate. The bank proceeded to explain that the management had upon resumption of office in 2017, set up a Financial Accounts Taskforce with the mandate to clear the four-year backlog, which it inherited, to ensure that the bank’s financials are brought up to date as part of a strategic turnaround plan for the FMBN.

The statement further added that between 2017 to date, FMBN financial statements for the period 2013 – 2018, have been prepared, approved by the Board, and submitted to all regulatory authorities as stipulated by law including the office of the Auditor General of the Federation and the Central Bank of Nigeria
It also added that the financial statement for the year 2019, has already been approved by FMBN Board and was being signed-off for submission to CBN for approval and other regulatory authorities, while it has already commenced the preparation of the audit of 2020 Financial Statements, which are statutorily due for submission by May this year.

It is also important to state that contrary to the insinuation that the members of the House Committee on Public Accounts “chided” FMBN, the members of the panel actually commended the current management for the remarkable progress that it has recorded in updating the bank’s financials.

Furthermore, it stated that contrary to the insinuation that the members of the House Committee on Public Accounts “chided” FMBN, the members of the panel actually commended the current management for the remarkable progress that it has recorded in updating the bank’s financials.

That FMBN could come out with such a strong rebuttal, without fear of being put on the spot by the quoted regulatory authorities, proves that the bank has indeed done its work. This is more so, when the public is yet to see any of such authoritative responses from other agencies that have been mentioned publicly for non-compliance to the fiscal rules.

FMBN’s new management style, its proactive approach to transparency and accountability and confidence in responding to public inquiry about its management of public finances is not only historic, but also exemplary and deserves commendation.

Firstly, the Dangiwa-led management team has cleared the 4-year backlog of unaudited accounts for the period 2013 – 2016, signaling a sharp break from the past.
Secondly, under its time in office, the team has demonstrated a willingness for financial accountability by preparing and submitting its financial accounts for the 2017 and 2018, to regulatory authorities, while that for 2019 is already approved and awaiting sign off. With work already started on the 2020 financial, FMBN now appears set to have up to date financial statements within this year.

It is refreshing to note that the new FMBN Management Team acknowledges the business imperative of having up to date financial statements, moved with speed to correct the past and has now succeeded in re-setting standards for the bank’s financial accounting going forward. Other agencies should take a cue from the bank and step up.

Generally, in the business world, financial statements are important because they provide a snapshot of an institution’s status at a particular point in time, giving insight into its performance, the status of the business, debt position, and result of its operations, cash flow, and overall conditions. Essentially, shareholders need this information to make informed decisions about their equity investments.

This also applies to the FMBN as a publicly owned housing development finance institution.

While housing industry stakeholders including FMBN owners generally agree that the current N5 billion capital base of the FMBN is grossly insufficient for an apex mortgage institution and gives it little financial roots to leverage funding to drive its affordable housing delivery mandate, the financial books are a critical foundation as a basis for acting. And it is promising that the FMBN Management understands the necessity to tidy up its finances as a prerequisite for doubling the pressure on government to act.
As a development finance institution with the mandate to seek for funds from the capital markets – local and abroad – potential FMBN partners and investors also require this information as a baseline for their decisions – to invest or not to engage.

The recent approval by the Federal Executive Council (FEC) for the FMBN to procure and deploy a Core Banking Software to drive its operations is yet another positive development in this regard. The implementation of the software will modernise the bank’s operations, digitize financial reporting, and help to consolidate ongoing efforts by the Dangiwa-led management to bolster transparency in the bank’s operations.

The implementation of the banking system would be significant and far reaching. Once operational, it would help the FMBN to create an integrated technology-driven platform to activate its operations.

On the back of the digital service provisioning eco-system, the bank would then tackle the many systemic challenges that it has had to contend with over the years due to the largely manual nature of its operations.

Top on the list is fixing the longstanding inability of the Bank to update, in real-time, subscribers’ monthly contributions to the National Housing Fund (NHF) Scheme. Second is that the system would help to redress is the time it takes for subscribers to access credit from the bank and in the process upgrading the overall customer experience of NHF subscribers.

Of particular note is the FinTrak Finance Module. Once implemented it will aid the bank to keep proper records of its financial transaction of payments and receipts, general ledger, etc that will provide the base for financial reporting.

The automation of financial reporting would help to improve audit readiness, promote reliable consolidation of financial statements, team sharing and optimized collaborations, electronic review and monitoring while ensuring transparency and credibility of financial data. The entire process of preparing accounts becomes faster and reports can be generated instantly at the click of a button.

In conclusion, while the public angst against agencies that are not in compliance with Nigeria’s financial rules is justified, care must be taken to isolate and commend outstanding chief executives that are making a difference. The Arc. Dangiwa led Management Team at the FMBN have done a remarkable job and are deserving of applause.