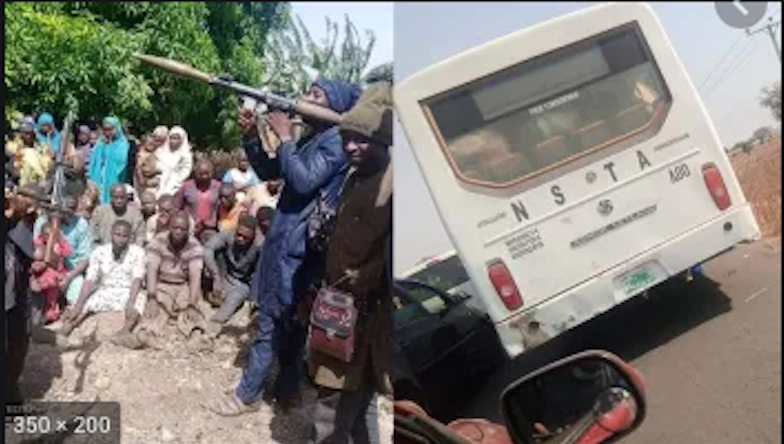 •State govt says no demand for ransom yet, continues dialogue

Laleye Dipo in Minna
Fifty-three abducted persons were set free yesterday by bandits operating in Niger State even as the outlaws held on to the 27 pupils of Government Science College, Kagara and 15 others they snatched six days ago in the sleepy town.

The Chief Press Secretary to the Governor, Ms. Mary Berje, confirmed to THISDAY last night that 39 of those released were the balance of the 47 passengers on board the Niger State Transport Authority (NSTA) who were kidnapped days before the Kagara abduction. Eight of them had earlier been released.

Although there were strong indications that the schoolboys might be released today, the Secretary to the State Government, Alhaji Ahmed Matane, however, told THISDAY yesterday that the abductors have not made any monetary demand but that negotiations for the freedom of the boys are in top gear.

THISDAY gathered that as at press time, top officials of the Niger State government were at Kagara last night awaiting the release of the kidnap victims.
The 53 abductees released yesterday evening were handed over to the state government at an undisclosed location in Zamfara State.

The release of the commuters has strengthened the belief that the schoolboys and their teachers who were said to have been abducted by the same gang five days ago could also be released today.

It would be recalled that 47 passengers on board of the state transport authority were ambushed at Kundu village in the Rafi Local Government Area by armed bandits numbering about 40 on their way to Minna from Rijau after attending a wedding.

Eight of the victims were freed four days later after an unconfirmed report had it that their families paid the ransom demanded by the bandits.
The bandits also demanded N500million ransom for the release of the remaining victims but the state governor, Alhaji Sani Bello, refused to pay.

THISDAY gathered that the release of the commuters may have been as a result of the dialogue between a Kaduna-based Islamic Cleric, Sheik Ahmed Gumi, and the state government.

No Ransom Demand Yet

Matane said with specific reference to the schoolboys, no ransom demand has been made, explaining that negotiations with the bandits are still in progress.

In an interview with THISDAY yesterday in Minna, the state capital, he said: “There is nothing; we are still making contacts; we are hoping that we will reach the end of this interface – interaction and get some positive outcome very soon.”

Asked how soon the pupils and their teachers will be freed, Matane said: “In matters like this, you never know how soon because we have different groups, you have many stakeholders involved.”

According to him, the government has held a dialogue with the leader of the gang that abducted the students but “there are other groups and leaders; we are talking to all of them.”
He said the bandits were annoyed with the government because of the way security agents had been handling matters affecting them.

Matane stated that during the interface with the bandits, it was discovered that majority of them are from Niger State while one of them told the government negotiating team that they took up arms against the state because some security men allegedly dispossessed him of his vehicle, huge sums of money, and cattle.

“I have to return to the forest and begin to take care of myself,” Matane quoted the unnamed bandit as saying.
Asked why the government cannot use force to free the boys when their location is now known, Matane said it would be difficult because the bandits dressed like pupils to carry out the operation.

“So, it will be difficult to differentiate the bandits from the students as we don’t want to cause any collateral damage,” he added.

The SSG also confirmed that prominent Islamic cleric, Sheikh Abubakar Gumi, was in Minna on the invitation of the state Governor, Alhaji Sani Bello, to help talk to the bandits terrorising the state.
“His visit last Wednesday was only a coincidence with the incident at Kagara,” Matane said.