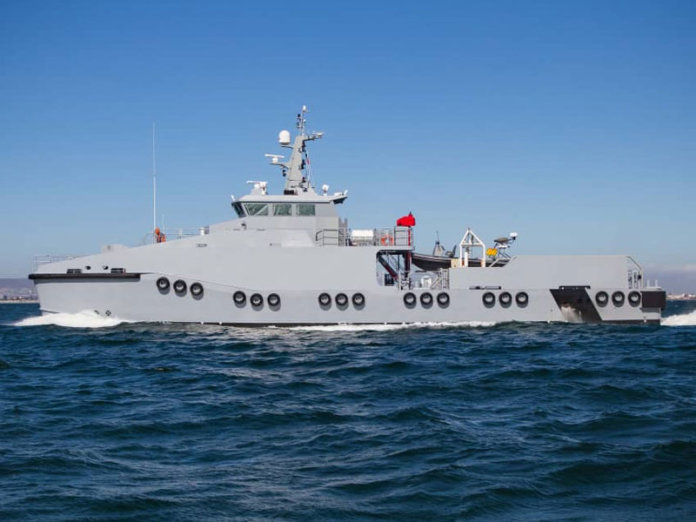 Paramount Maritime Holdings subsidiary, Nautic Africa has announced the launch of its flagship 35m Sentinel vessel, the second of the new enhanced class.

The latest development is a major milestone for the company and the wider African shipbuilding industry, despite the challenges presented by COVID-19 restrictions across the globe.

Following the successful completion of sea trials, the multi-purpose vessel is destined for the Gulf of Guinea where it will be utilised for International Oil Company (IOC)-related assignments.

It will also serve as escort patrols for larger vessels that have experienced an escalation of pirate attacks within 200 NM of the West African coastline.

Nautic Africa also announced that larger naval versions (40m and 47m) of the vessel have been made available due to rising interest from navies, and will be offered globally to bolster military and fishing patrol operations across EEZ waters.

“It is fully compliant to the standards of naval and oil and gas industries and International Oil Companies (IOCs) operating on the waters of the African continent and beyond”, the organisation noted.

Paramount Maritime Holdings Chief Executive Officer, James Fisher, stated: “The completion of our 35m flagship vessels during the COVID crisis is an important achievement and milestone for the South African shipbuilding industry, ushering in a new era of capability, excellence and performance. This is a celebration of what can be achieved despite facing, what seemed like, insurmountable challenges.

“With insecurity throughout the Gulf of Guinea steadily climbing, in large part due to the region’s diverse natural resources, transnational piracy, oil bunkering and terrorism continue to be a serious threat to the region’s stability with passenger, crew comfort and security as top priorities in its design and manufacture, this vessel has been optimised for peak coastal operation performance, mobility and protection.

“The 35m Sentinel offers outstanding speed, with a range of 1150 nm cruising at 20 knots along with being capable of reaching a maximum speed of 28 knots, supported by three CAT C32 ACERT 1600 hp engines and fixed pitch propellers.”