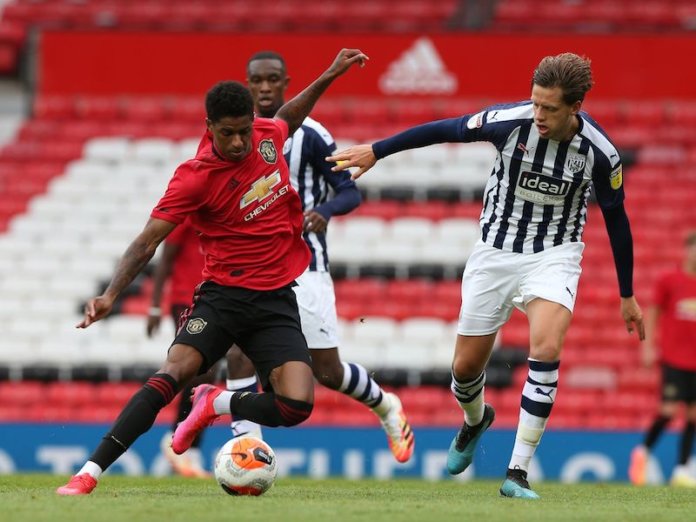 United moved back above Leicester in second place, but are now seven points behind leaders Manchester City, who also have a game in hand.

United where finding it difficult to make inroads in a lacklustre opening period until Fernandes hooked Luke Shaw’s cross into the top corner with his weaker left foot.

The visitors improved in the second half, Mason Greenwood testing Sam Johnstone with a low strike and Scott McTominay seeing his follow up cleared off the line.

With time running out, skipper Harry Maguire leapt to send his header towards the top corner, but Johnstone tipped the effort against the post to deny United an injury-time winner.

Sam Allardyce’s side could have won it themselves late on, but Diagne struck his effort over the crossbar from six yards out.

Though they claimed a draw, West Brom remain in deep trouble at the wrong end of the table, second from bottom and 12 points from safety.

Earlier in the Valentine’s Day fixtures, Manager Ralph Hasenhuttl said video refereeing was “destroying the game” as he reacted to a controversial penalty decision during Southampton’s 1-2 defeat by Wolves.

Danny Ings scored in the 25th minute to give Saints a 1-0 lead, and Hasenhuttl’s men comfortably held the advantage until Wolves were awarded a second-half penalty when Ryan Bertrand blocked Nelson Semedo’s attempted cross with his arm.

The point of contention was whether the left-back’s arm was in an unnatural position. The VAR team, led by official Martin Atkinson, saw no need for the on-field referee to reconsider his initial decision to award the kick.