Responders Avert Fire Disaster at House of Reps 11 mins ago 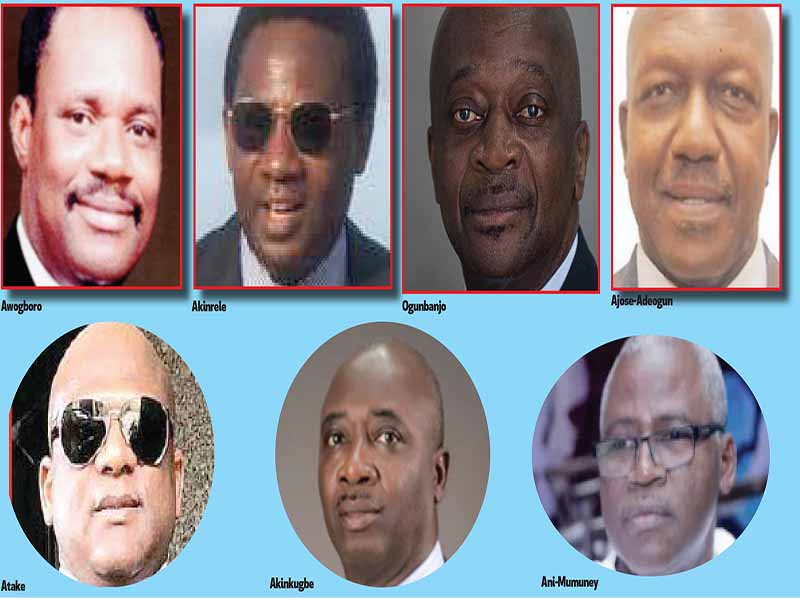 At a time when bewildered observers expect that reason and maturity would prevail, and frayed nerves calmed for peace to reign, principal players in the festering crisis at the Lagos Motor Boat Club are still throwing barbs at one another, writes Lanre Alfred

As things stand, the tempest rocking the Lagos Motor Boat Club is not subsiding anytime soon. Consequent upon the exposé of the crisis that has pitted principal players in the club against one another, Demola Akinrele (SAN) whose initial article, ‘Comedy of Errors,’ ruffled some feathers, has shed further light on the issues at stake.

Akinrele’s letter to the secretary of the club dated January 13 titled, ‘Re: State of Affairs in the Club,’ is a reaction to an earlier one by Ladi Ajose-Adeogun, an ex-commodore, who showed interest in being a trustee, demanding apology and retraction of statements made in ‘Comedy of Errors’ which the latter said bordered strongly on character assassination.

Deploying wit and satire in his character analysis of some of the protagonists of the crisis, Akinrele in describing Ajose-Adeogun said, “A man with a genial and benign demeanour which belies a gift of cunning genius. He can reside in the shadows and procure other souls, larger or smaller than his in the bondage of his own mission, utilizing their own inner flaws to his advantage. He is the invisible conductor of the orchestra of vengeance.

“He was present at the meeting when the trustee gave the direction, and he sought privately and unilaterally to entreat him to alter his directive to no avail. In the circumstance, as an ex-commodore, his duty, which was higher than that of any of the others was clear – to advise his group to comply. After all, he had a close relationship with the trustee, having served as his vice, and later became commodore with his encouragement.

“It is customary for Ladi Ajose-Adeogun to be a guest at the trustee’s house for social functions. He wooed the trustee like a bridegroom would woo a bride. It is a notorious fact that he would like to be a Trustee someday; the first one of our generation on account of his seniority in age and Commodoreship.”

Akinrele then asked, “Why would a man who quests for the occupancy of an institution be a party to its violation or diminution? No man destroys the thing he loves unless an event of profound disappointment provokes a temporary derangement. What then went so wrong that the godson would become an inexorable revenger against his godfather? Is there a parallel from the tragedy of Othello where Iago was passed on for Cassio and he became a challenger of his erstwhile godfather?”

Expectedly, Ajose-Adeogun found these assertions offensive and excoriated Akinrele, “(He) chose to use his article to assassinate the characters of several members including myself.”
Ajose-Adeogun then requested the committee to call him “to order and have him tender his apologies whilst withdrawing his comments/allegations against me.”
Unruffled and unbothered, perhaps, Akinrele asserted that the comments he made in his publication were “honest, fair and an accurate description of the personalities involved in this drama.”

He explained further, “It was a literary piece interspersed with humour, satire, and subtlety within the limits of poetic licence. I do not share the view that anyone’s character was assassinated, including that of Mr. Ladi Ajose-Adeogun. Indeed, with regard to his good self, I complimented his gifts and thereby illuminated his personality. I am, therefore, compelled to state that there is no basis for me to tender an apology or retract my statement.”
Alleging a misrepresentation of the meeting with the Trustee (Prince Francis Awogboro), Akinrele averred that Ajose-Adeogun had “caught himself in a muddle of recollection of the facts of two separate meetings.”

According to him, the first was a virtual meeting that Ajose-Adeogun had with him, Femi Fowora and Folabi Balogun, both former Commodores in August 2020, to suggest improvements on the operations of the club. He added that the second was the meeting they had with the trustee at the instance of Dapo Oshinusi in October 2020 wherein the then commodore (Dapo Majekodunmi), Ajose-Adeogun, Balogun and he was present.

Akinrele maintained that it is due to the confusion of the narrative between these two meetings that Ajose-Adeogun concluded that he requested the trustee to ask Jide Coker to stand down. It would be recalled that Coker’s aspiration to be a Duty Officer, which a section of the club frowned at and asked him to step down, led to his subsequent expulsion for allegedly going ahead to aspire thus, stoking the embers of crisis now threatening to consume the club.
Akinrele held that Ajose-Adeogun’s allegation that he requested that the trustee ask Coker to step down would be inconsistent with the state of play concerning the elections.

“Mr. Dapo Oshinusi’s invitation of the trustee to intervene was, in my opinion, actuated by an apprehension of the paucity of support for himself and other nominees proposed by Mr. Ladi Ajose-Adeogun’s group. If he was confident on the polls, he had no motive to visit the trustee. I am further reinforced in this opinion by the fact that all the nominees withdrew severally at different times, inclusive of Mr. Dapo Oshinusi on realizing that they were unable to get the electoral support to sustain a contest.”

He described as ‘false and incendiary’ two comments made by Ajose-Adeogun alleging that the trustee threatened to tear down the board, stating, “The Trustee simply indicated that he would put a red pen across the name and insert his signature to signify the author.”

Akinrele added that Ajose-Adeogun knew that the trustee was not in a position to join issues with him and, therefore, “it was unfair to have made statements which are unverifiable, particularly having regard to his predilection to muddle facts as I have earlier indicated.”

Meanwhile, in a Memo to Yinka Akinkugbe dated 8 January 2021, Eyimofe Atake (SAN) had rued the reference to his role in the disruption of the AGM of the club. He had detailed his role in a lengthy reaction of 20 pages to Yinka Akinkugbe’s memo, which Atake said, “accuses several people of various conduct including Trustee Prince Francis Awogboro and the Committee of the club.”

He said, “I remain bound by the video evidence. The video evidence will show that I was defending the Trustee, Prince Francis Awogboro energetically, robustly, and vigorously. I did not display ‘disruptive behaviour.’ I had the floor of the AGM that had been so hesitantly, half-heartedly, grudgingly and unenthusiastically given to me by the ex-Commodore, Dr. Dapo Majekodunmi (Dapo), and my audience was listening to me rapturously save for a few hecklers like yourself in particular and some others in general, who interrupted my speech with their unreasonable gratuitous comments, taunts, and jeering. Being one of the chief hecklers, can you say – hand on heart – that it is good manners to jeer, taunt and heckle while I was speaking? Would you not call heckling, taunts, and jeering ‘disruptive behaviour’ especially if you are the Chief Heckler or one of those leading the heckling?”

Atake continued in his Memo: “the video evidence will show that I had no reason to be ‘disruptive’ while I had the floor as my aim was solely to defend the Trustee whom you, Yinka, and your group wanted to damage by spreading scandalous claims with the intention of damaging his reputation. Does it make sense for me to ‘disrupt’ my speech Yinka? Only others can disrupt my speech. As you rightly pointed out, Toks Ogunbanjo’s speech was ‘delivered in silence to the club’. Note the operative words ‘in the silence to the club’ as quoted from your letter at page 3, paragraph 1. If I was ‘disruptive’, as one who was strenuously opposed to Toks’ speech, it would have been thought that the time to do so was when Toks was reading his speech ‘in silence to the club’ and not when I was making my speech. Like I said I am bound by the video evidence and it will show that, I remained in one place, next to my seat and never moved around. And that I never ‘disrupted’ my own speech”.

Atake stated further that on the contrary, he was the one that was almost physically attacked on more than two occasions when making his speech especially when he defined the word ‘vandal’ as used in Tokunbo Ogunbanjo’s letter to the committee.
“It was enormously remarkable – astonishing, that an elder Prince Francis Awogboro, an 82-year-old accomplished professional, a man who has worked extremely hard all his life and has been successful professionally and in business could be insulted in that way by being called a “vandal.”

Yet when I referred to the letter of the October 16 (not the authors of the letter), just the letter as being “scurrilous” hell more than broke loose and it became abundantly clear right at the point of my opening statement that those who use venomous language to address others cannot even accept straightforward and candid language that criticizes their scandalous and reprehensible scribble. Like I have stated, I am bound by the video evidence upon which I rely most strenuously.”.

Meanwhile, close sources say that Senator Tokunbo Ogunbanjo has gone to the home of Trustee Francis Awogboro with a close family friend of the Awogboro’s to plead with him to forgive him for his conduct at the AGM of the Lagos Motor Boat Club. Ogunbanjo also followed up with a letter of apology dated 27 January 2021 apologising unreservedly for his conduct.