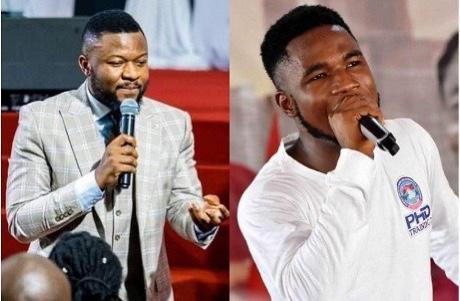 A leading Nigerian cleric and prophet, Gideon Isah yesterday urged people to desist from blasphemy, insisting that his prophecy about a Zimbabwean pastor has become reality.

Isah, who is the Head Pastor and General Overseer of HOUSEHOLD of MERCY Ministries, Kogi, Nigeria, in a statement he signed, noted that while he had warned the Zimbabwean prophet, Jay Israel over alleged incitement of people against popular Nigerian pastors, particularly, Prophet Jeremiah Fufeyin, Israel’s recent arrest by the Police confirmed his earlier prophecy.

Jay Israel Senior, is a Zimbabwean preacher based in East London and South Africa.

In a viral post on the internet, Isah was seen clearly and vigorously warning Jay Israel to stop criticizing, defaming, condemning and insulting fathers of Faith in the body of Christ otherwise he foresee him not ending well unless he repents, as a matter of facts he sees him in prison.

While Jay Israel is currently held in detention, Isah said the incident happened weeks after as he had accurately spoken.

Local media in South Africa, including News4, SundayWorld.Co.za had reported the arrest of Israel, noting that the cleric faces deportation after he was arrested by police for allegedly being in possession of fake passports and Visa permits.

“This is to show that the word of God from the mouth of his chioced servant, Prophet Gideon Isah is powerful and of enormous effect,” the release noted.

Isah warned young believers to desist from attacks, defamation and false accusations against Men Of God for whatever reason.

According to him, it is dangerous to fight the people who have left everything to follow God.

“Jay Israel is suffering today under police detention because he refused to listen to the warning of well-wishers seeking he stop his unnecessary attack against Men of God across the continent,” Isah said.