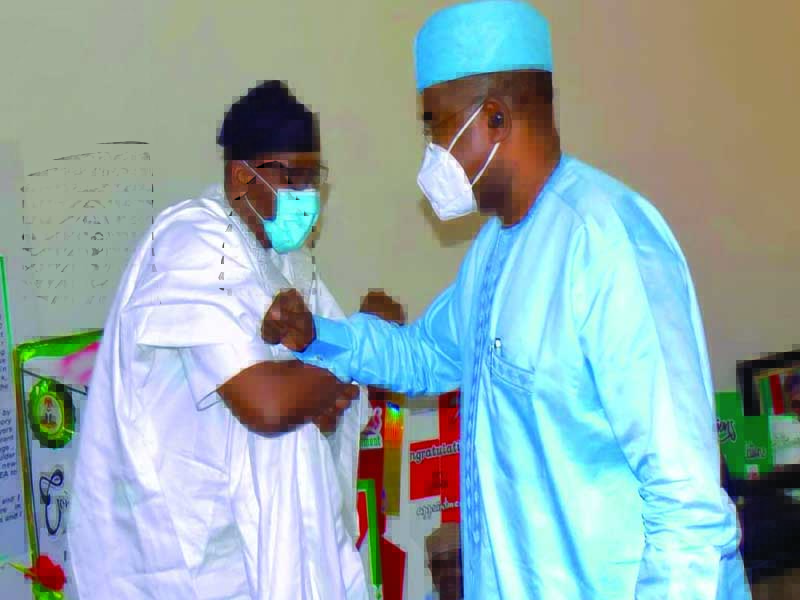 Members of the House of Representatives from the North East zone have assured the National Drug Law Enforcement Agency, NDLEA, of their support in its efforts to rid the nation of illicit drugs. They gave the assurance during a courtesy visit to the new Chairman/Chief Executive of the Agency, Brig. General Mohamed Buba Marwa (Rtd.), in Abuja.

Honourable Zakaria Dauda Nyampa, House Member representing Michika/Madagali Federal Constituency of Adamawa State who led the delegation of members from Gombe, Taraba, Bauchi, Yobe and Borno State stated that “the work of NDLEA requires continuous review of anti-drug legislations and that the House members from the Zone will rally support for expeditious legislative action whenever the need arises”. Nyampa who is from the same constituency as Gen. Marwa said the group was on the visit to congratulate Marwa and assure him of their support for the Agency.

According to Nyampa, Marwa’s appointment was well deserved adding that Nigerians convinced that Marwa would deliver on the mandate of the Agency. “We have followed your career footsteps as a State Governor, soldier and diplomat. You brought your experience to bear on all these positions and you excelled. NDLEA is not going to be an exception and we are beginning to see your efforts in the last three weeks. We are confident that you will not disappoint. Just know that your people are solidly behind you”, Nyampa noted.

Gen. Marwa thanked the lawmakers for the show of solidarity and promised that the unacceptable drug use trend in the country would be reversed speedily. “The task ahead of us is daunting. But we need to tackle it aggressively. We need to rescue our younger ones including women and children who are most vulnerable”, Marwa said while urging the North East to brace up to the challenge. “According to the statistics at our disposal, the North East is not any less affected by the drug menace. In fact, the Zone is the 4th worst affected zone in the country. We all need to work together to change the narrative”, he said.