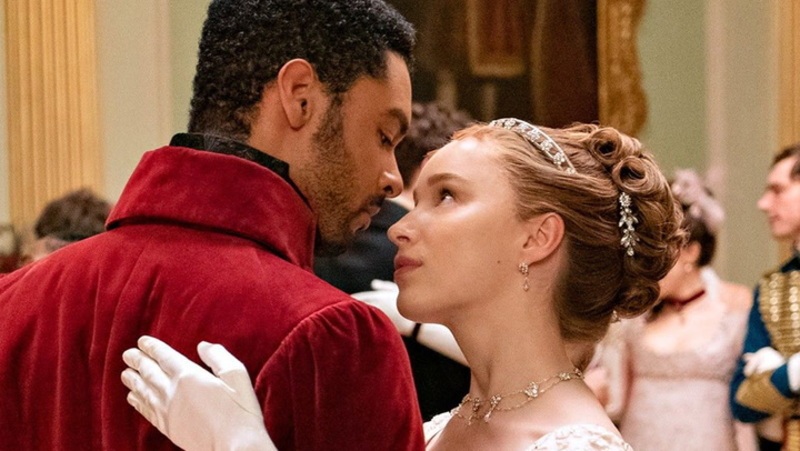 Whether you are in a Valentine’s Day mood or not, locked up alone or lucky to spend the special occasion with someone, believe it or not, you can stream love this weekend.

With many streaming services offering a variety of content to keep you entertained, we have combed their rich vaults and selected movies and TV shows to tantalise and perhaps inspire you. From Netflix to Showmax to Amazon Prime, these new and classic tales provide the perfect escape for a celebration that has somewhat assumed a new hue due to the ongoing pandemic.

Bridgerton: This Netflix Regency-era romantic TV series was all the buzz during the Christmas season. It’s occupied a spot in the Top 10 since its release and recently fetched two nods from the Screen Actor Guild Awards, including a male actor in a drama nomination for its lead star Regé Jean-Page.

Step into the world of the Bridgertons, the Featheringtons and the Hastings as they search for love and whip up all kinds of scandals in their pursuits. Take a promenade with the high society gossip columnist Lady Whistledown as she brings you all the juiciest gist about the desperate mamas, and the beautiful debutantes falling for rakish viscounts and dukes. The Shondaland production based on the romance book series of Julia Quinn on the Bridgerton siblings will surely leave you swooning.

Namaste Wahala: The highly anticipated collaboration between Bollywood and Nollywood will eventually debut on Netflix on Valentine’s Day. The interracial romance comedy tells the tale of two lovers whose parents are bent to keep them apart. Ini Dima Okojie stars alongside Indian actor Ruslaan Mumtaz in the Hamisha Daryani Ahuja directed film.

To All the Boys (Always and Forever): The third and final instalment of the Hollywood teenage romantic film ‘To All the Boys I’ve Loved Before’ will be premiering on Netflix today. Fans of Lana Condor and Noah Centineo will see how their characters make life-changing decisions as they prepare for the next stage of life: adulthood.

The House Arrest of Us: This Filipino digital romantic comedy series starring one of the Philippines most adorable love teams, Daniel Padilla and Kathryn Bernardo is a gleeful escape. The story follows a couple whose engagement announcement coincides with a lockdown, forcing their families to quarantine under one roof. Love is tested as both families struggle to accept each other’s foibles. The 13-episode series is a delightful binge.

I Am Laycon’: Although it doesn’t belong to the romance category, the Showmax original Nigerian reality TV series will delight fans of the Big Brother Naija Lockdown season winner Laycon as they watch him settle down to his new-found fame. It premiered on Thursday, February 11 to not only Nigerian audiences but other countries such as Spain, the United Kingdom, France, Austria, Belgium among others. There are also cameos from fellow former Big Brother Naija Lockdown housemates including Lilo Aderogba and Victoria Adeyele, aka Vee.

Showmax has also curated an ‘All You Need is Love Collection’ to mark the season. Fans are offered an array of films such as the heart-wrenching and riveting romance drama ‘Me Before You’ that follows the life of a young man whose will to die is stronger than the will to live, following an accident that confined him to a wheelchair. It stars Sam Claflin (Love Repeat) and Emilia Clarke (Game of Thrones). Other films in this collection include Nollywood’s 2019 film ‘Best Friends’, ‘Fifty Shades of Grey’ and the 2020 Hollywood film ‘The Photograph’ starring black American actress Issa Rae.

On Amazon Prime Video, you can follow the outcome of six relationships which undergo a soulmate test in the TV series ‘Soulmates’ or watch the 2020 TV series ‘The Widow’ featuring Kate Beckinsale as she travels to Congo to find out the truth about the disappearance of the man she loved.