Osimhen, Five Others Return to Napoli Training  29 mins ago 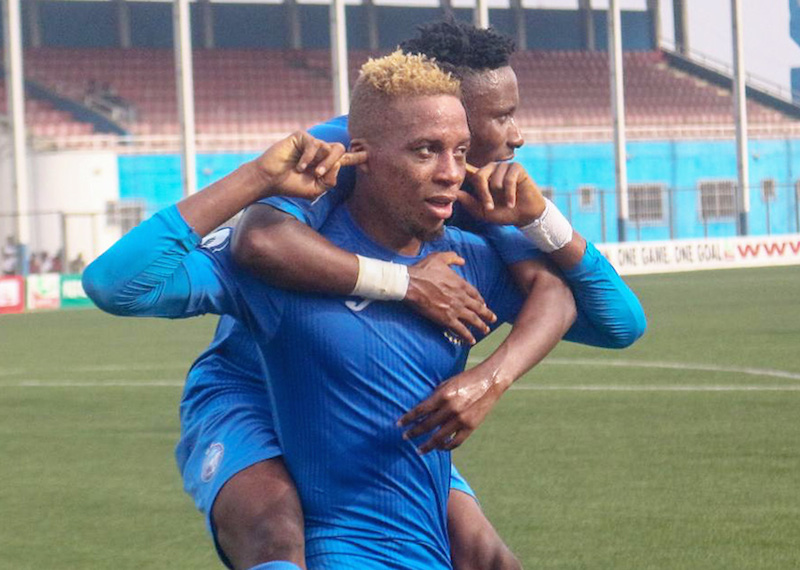 extended their lead at the summit of the Nigeria Professional Football League (NPFL) yesterday.

Omoyele nodded home Anayo Iwuala’s corner-kick three minutes before the half hour mark to put the People’s Elephant in the lead.

Iwuala was the provider again as Omoyele netted his second of the game on the hour mark.

The former Osun United striker has now scored goals in the NPFL this season.

Plateau United however fought back with substitute Moses Effiong nodding home Issa Ndala’s cross in the 76th minute for their consolation goal in the 2-1 defeat.

Enyimba defence stood firm in the closing stages of the game as they maintain their unbeaten home run this season.

Fatai Osho’s side now top the table with 21 points from nine games, six adrift of Rivers United who host Nasarawa United in Port Harcourt on Monday.

Seven games will be decided today, with the two remaining matchday nine fixtures scheduled for Monday.