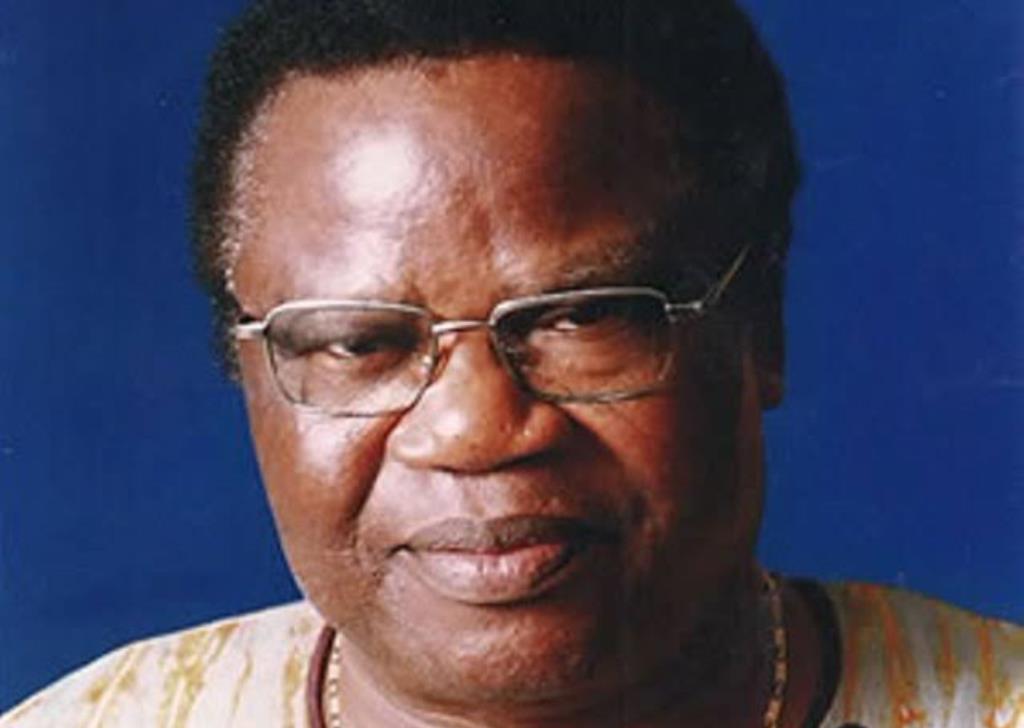 Festus Akanbi, in this piece, examines the life and times of former Information Minister, Prince Tony Momoh who died on February 1, 2021

It was the famous American poet and essayist, Ralph Waldo Emerson, who aptly captured the ephemeral nature of the death of great men whose legacies gave them a permanent space in people’s hearts long after their demise. In his award-winning poem, “All Return Again,” Emerson said: “It is the secret of the world that all things subsist and do not die, but only retire a little from sight and afterwards return again.”

The above lines capture the overwhelming reactions of family, friends, political associates and members of the journalism profession to the passing away of the charismatic media practitioner turned politician, Prince Tony Momoh on Monday. To this group of people, Prince Momoh is not dead because the echoes of his messages and what he represents in several of his articles and books are reverberating, days after his exit.

Apart from several articles and commentaries on social and political issues which the former Minister of Information churned out, some of his books included Revolt of the New Breed and Other Stories, published on May 3, 1985; Nigeria-Some Facts we Ignore: Nigeria Centenary; Each Man, His Time: The Biography of an Era, January 1, 1995; The Edo Culture Group in the Nigerian Polity: In Search of Sanity, on Jan 1, 1996 and Reflections on Letters to My Countrymen published on Jan 1, 1993.

The story of Prince Tony Momoh is that of a man who recognised the role assigned to him by nature and indeed, he did not fail to rise to the occasion before death came calling on February 1.

From the Beginning
Like a man destined to serve a purpose, he had from the beginning of his life chosen to be different and unapologetic to any of his decisions.
For instance, in 1955, Momoh converted from Islam to Christianity. He was named Suleiman at birth, but changed to Tony — taking after the personality he admired, Anthony Enahoro, one of Nigeria’s foremost anti-colonial and pro-democracy activists.

This was what he said about his faith. “When I was being sworn in as Minister of Information and Culture, I said I wouldn’t swear by the Bible or the Quran and I said, ‘So help me God’. When I stepped out, journalists asked me, ‘They said you are an atheist.’ I said I was not an atheist. They asked why I did not swear by the Bible or the Quran but only said ‘So help me God.’ I said, ‘I am a Christian and a Muslim when they are not quarrelling, and neither when they are.”

Other admirers described him as a very lucky man. In this school of thought is Taiwo Obe, a journalist and media trainer, who disclosed that Momoh’s lucky number was 13. The number, Obe said, was associated with Momoh’s residence, place of work, and notable job positions during his lifetime.

Perhaps, his stint in the old Daily Times Plc gave him the needed boost to fully explore the Nigerian media terrain where he left an indelible mark. A story was told of how as the General Manager of the Daily Times, he had to open the door of the car of the then Managing Director of the company any time his boss visited the office in Agidingbi, as a mark of respect.

However, there was a twist of fate when Tony was appointed as Minister of Information and Culture by President Ibrahim Babangida. His first visit to the Times premises was a scene to behold as his former boss had to ceremoniously open the door of Momoh’s car, eliciting a sombre mood among members of staff in attendance.

Laying Foundation from Journalism
When many people of his generation tried their luck in politics for spoils of office, there are reasons to believe that Prince Tony Momoh’s years of journalism and the attendant realisation of the depth of the rot in the society largely influenced his entrance into politics.
Born into a fairly large family, one could say that the Edo Prince was born a politician because he had to explore all survival tactics to remain relevant among his siblings. Tony Momoh’s father, King Momoh I of Auchi, Edo State had 257 children with 48 wives between 1903 and 1944. Tony was the 165th child.

His sharp criticism brought him into confrontation with the former Senate President, Joseph Wayas, who in 1981 summoned Momoh for contempt. This caused a major legal battle in which Momoh successfully argued that as a journalist he was empowered by the constitution to hold government accountable at all times.

He was buffeted by harvests of legal battles and in Tony Momoh v. Speaker, House of Representatives (1982) he recorded a victory when it was held that a person had the right to refuse to disclose their source of information. However, in Senate v. Tony Momoh (1983) the Court of Appeals held that the press is not a fourth arm of government. A newspaper publisher has no special immunity and the press can be ordered to disclose its sources in some cases.

These legal battles and the disposition of politicians during the Second Republic must have opened his mind to serve his father land in order to make a significant change in the order of things.

Pandering to the Wish of the Military
So, his first opportunity came when he was appointed Minister of Information and Culture by General Ibrahim Babangida, a position held from September 1986 until 1990.He was Chairman of the African Conference of Information Ministers from 1988 to 1990. However, his seriousness about his writings in defence of freedom of speech and fundamental human rights were tested during the ordeals of former editor of Newswatch Magazine, Dele Giwa.

In 1983, the editor of Newswatch was detained for a week by police for publishing what they called “classified material”. On 17 October 1986, Giwa was accused by Colonel A.K. Togun of the State Security Services (SSS) of anti-government activities including attempting to import arms to foment insurrection. On 19 October 1986, Giwa was killed by a parcel bomb. At first, Momoh pledged that there would be a government probe of the incident. He soon backed down, saying “a special probe would serve no useful purpose”. Till date, no such probe was put in place.

He continued to pander to the wish of the ruling military government and speaking at a seminar in 1987, Momoh said that radio, television and newspapers should be seen as tools “for the promotion of national unity and integration”. In the following year, Momoh announced that the government was trying to find radio sets that could only receive approved broadcasts from the federal and state radio stations. This was “as a means of ensuring that information about the country was adequately disseminated”

Many of his fans began to express worry over his change of focus as he became the poster boy for the Babangida administration which was heavily criticised for its reluctance to hand over power to elected civilian government.
He chorused IBB’s Grassroots Democracy mantra and on several occasions, he had to step forward as the Minister of Information to defend Babangida’s unilateral change of political rules.

For instance, in May 1990, party elections were held for local ward positions using an “open ballot”, where voters showed their preference by standing in front of a photograph of the candidate. Party elections were then scheduled for the state and national elections. Momoh said the government would not interfere in the inner workings of parties. Soon after, all the National Republican Convention candidates for national offices were disqualified on the grounds that there were irregularities in their application forms.

When public criticisms were at their highest over the indiscriminate donation of money, vehicles and offices to local governments, political parties and others, Momoh said the measure was taken to insulate public institutions from the temptation of being hijacked by corrupt politicians.

As Minister for Information, Momoh justified the practice, saying of democracy that it “is not as expensive as people are thinking in relation to the alternative. The alternative is allowing one man to dictate to the whole Nigeria because you don’t want it to be expensive. If money is not spent on democracy and a one-man dictatorship emerges … it is the same Nigerians who are talking of expensiveness now that will shout that one man is a dictator”.

Babangida characteristically dispensed with the service of Momoh who he replaced with a former customs official who was also a director of Newswatch Alex Akinyele.

Rooting for President Muhammadu Buhari
Having watched politicians from a close range, first, as a newspaper editor and as spokesperson for a military regime, Momoh became well-rooted in politics. He decided to pitch his tent with the late Vice President Alex Ekwueme and became his director of Campaign Organisation in 1999.

Later, he became the chairman, media and publicity, of the All Nigeria Peoples Party (ANPP). His influence and popularity continue to rise by the day and he was soon to become chairman of the political committee of the Muhammadu Buhari Organisation and national Chairman of the defunct Congress for Progressive Change (CPC), one of the parties that merged to form the All Progressives Congress (APC).

The late politician never hid his support for President Muhammadu Buhari. And until he breathed his last, he kept defending the President. Commenting on his unbreakable ties to Buhari in an interview, he said: “So, my attachment to Buhari has to do with the mission. He is supposed to be part of laying the foundation for a Nigeria that must make a statement to the world in the next few years and I repeat that there is nothing anybody can do about it.

“So, when people think I have an attachment to Buhari, yes I have been with him since 2003. Some people even said I was following a stupid man who would never win an election. It’s now they know that I was the one right because I was seeing beyond just the horizon and it’s not an emotional following. It is a cosmic following. He is more prepared to rule Nigeria than any other person.”

Educational Records
Momoh attended the Government School, Auchi, a school founded by his father in 1922. He later moved to Anglican School Okpe, where he served as a pupil-teacher. He also served as headmaster of the Anglican School, Ubuneke, Ivbiaro, Owan local government area of the state. Momoh attended the Provincial Teachers Training College, Abudu, Edo State and Government Teachers College, Abraka, Delta State. He proceeded to the University of Nigeria, Nsukka (UNN), University of Lagos and the Nigerian Law school. He possesses degrees in mass communication and law.

Momoh, who was survived by four children, (three boys, and a girl), also served as chairman of the board of the defunct Nigeria Airways and was also a member of the Nigerian Press Council. He was honoured with the Selkyo Culture Award in Japan in recognition of his “great contribution to society”. Until his death, he was a strong supporter of restructuring and was outspoken about national affairs.