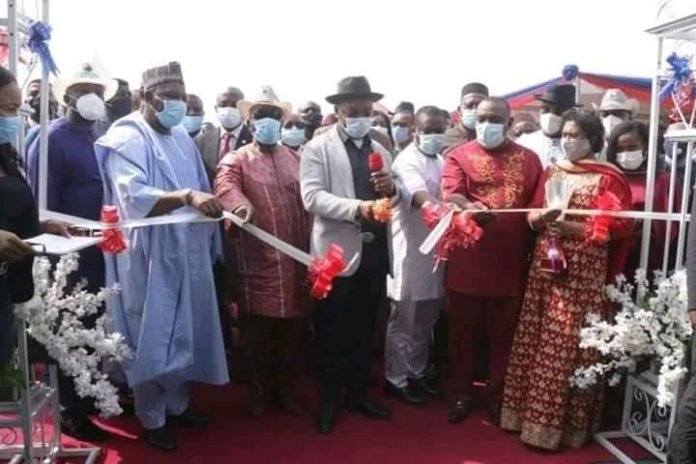 The inauguration of the project which took place at the Shipyard located along the Oruk-Anam axis of the East-West road, also culminated in the official unveiling of the multi-billion naira shipyard.

The governor said the security vessel which is for charter and direct purchase, as well as oil and gas related services was a historic endorsement of the industrialisation agenda of his administration.

Unveiling the facility, the governor urged indigenes to take advantage of the vast opportunities in the nation’s maritime, and oil and gas industry; adding that the state government was ready to partner the Norfin Group.

He lauded the investor, Engr. Charles Udonwa, a Singaporean-based ship builder for his decision to site the shipyard in the state, noting that the gesture was worthy of emulation.

While condemning the recent attack on the shipyard, the Governor charged the host community to see the investment as an asset that must be protected, noting that irrespective of the location, the shipyard would benefit the entire country.

“Today marks a seed harvest in the entire Gulf of Guinea and we don’t take this for granted. But it is worthy of emulation. I hope the host community will behave well,” he added.

Also speaking, Secretary to the Government of the Federation, represented by the Minister of State for Power, Engr. Goddy Jerry Abba, assured of the readiness of the federal government to partner the company.

The Commissioner for Trade and Investment, Ukpong Akpabio, said the state government was geared towards building industries that would contribute in high percentage to Nigeria’s GDP, and also create job opportunities for Akwa Ibom youths.