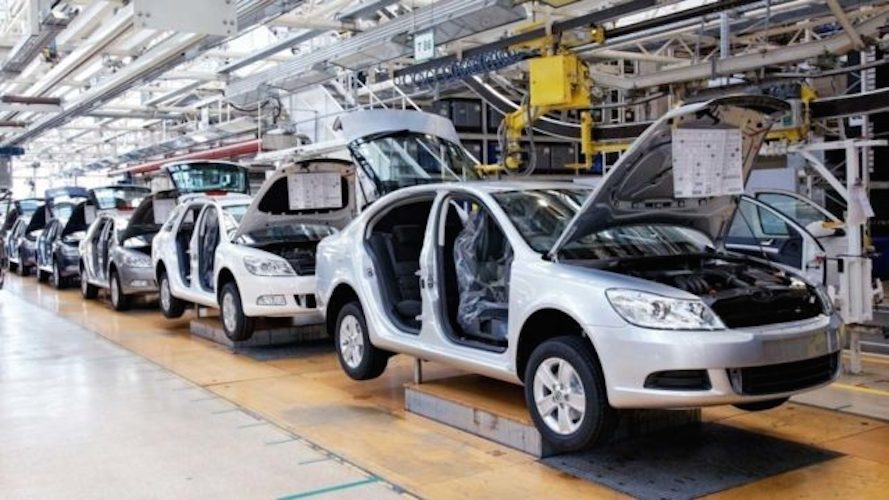 In an exclusive interview with THISDAY, the Executive Director of the Nigerian Automotive Manufacturers Association (NAMA), Mr. Remi Olaofe, said the reduction of the import tariff was driven by deceit for the benefit of few rather than the welfare of Nigerians.

But the federal government did not share the concern of critics of the tariffs’ reduction policy as the Minister of Industry, Trade and Investment, Mr. Niyi Adebayo, had told THISDAY that Section 38 of the Finance Act 2020, which proposed a reduction in tariffs on the importation of vehicles, was not a policy somersault but “essentially an absolutely critical review of an existing policy that required adjustment.”

Adebayo, in a response to THISDAY’s enquiry, explained that the reductions in the tariffs would only affect the automotive sector in the short run, adding that it will eventually unleash development in the sector.

The minister had also stated that the federal government commenced the review of the auto policy in order to address shortcomings in the plan and introduce measures to enable Nigeria to attain its expectations for the automotive industry.

According to him, the overall objective of the policy review was to stimulate demand for locally-assembled vehicles by creating a federal-government-backed Vehicle Credit Financing Scheme (VCFS) to enable Nigerians to own new cars.

However, Olaofe cited lack of legislation to give the implementation of the auto policy a legal backing and the unavailability of standardised design that should guide the fabrication of parts for Nigerian automobile as part of the bottlenecks hindering automotive manufacturing in the country.

“How can someone be saying that he is reducing tariffs because he wants to reduce transport costs? He is simply destroying the industry. They (government) are not even giving a damn. Do you know how many billions of naira people have pumped into this business and government doesn’t even care?”

According to him, a forward looking government with the expectation of growing the economy would have provided all that should have been required “for investors to thrive, for industries to grow, for the economy to grow and to change our name from what we have always been called ‘importers’ to an export-driven nation.”

He attributed the factors responsible for high transportation fare to the poor state of transport infrastructure, high cost of petrol and diesel as well as insecurity.

“What is responsible for high transportation fare is not import duty but the poor state of transport infrastructure, the cost of fuelling those vehicles, the insecurity challenge that compel transporters to hire armed guards as escorts and the bad roads that hasten tear are wear of vehicle parts. They are not looking at these things but are focusing at the least of the issues, which is very myopic,” he said.

He added that experts had confirmed that the impact of duty paid on vehicles on transportation fares was insignificant.

Olaofe accused the government of reducing the import tariffs of automobiles without considering its wider implications for the country’s economy.

“This is not a good development for us as a nation. The annoying thing in this is that the people taking these decisions are extremely narrow-minded because you do not deal with an economic issue without looking at the implications and multiplier effects of your decisions,” he said.

“We have trained our people. We have invested money based on government policy that we are starting an auto assembly and now all that is going down the drain.

“The fundamental mistake behind this policy is that the government is thinking that this only affects us as auto assemblers, which is an error. Nigeria is going to be viewed in an unwholesome state that we are not consistent when it comes to policies,” he added.

Olaofe stated that most of the automotive assembly plants are still importing Semi-Knocked Down (SKD) components while some, especially those in the manufacturing of trucks, have migrated to the CKD phase, which is a higher stage.

“Auto industry is not grown in one day just as Rome was not built in a day. And it is recognised in the auto policy that our growth will be in phases. There is SKD 1, SKD 2 before you get to the CKD. You cannot bring the original equipment manufacturers (OEMs) into the country when they are not sure of the depth of your market.

“We want to grow volume first and foremost. It is the volume that will drive every line of the business. So, the government came up with an executive order that said that it must patronise locally assembled vehicles. But is that the case? You can go around and check. How many parastatals do you know that have locally assembled cars parked in front of their premises? People are expecting magic,” Olaofe said.

He said investors would have been emboldened to invest in the sector if the government had been able to enact a law to give the NAIDP a legal backing.

According to him, this might account for the reason none of the OEMs has invested in Nigeria and the country could not boast of even a single tyre manufacturing firm.