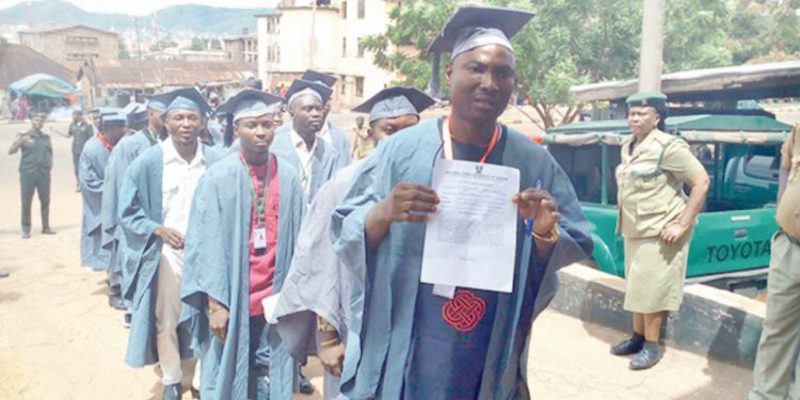 They graduated on Saturday in various fields with various degree certificates.

In a congratulatory message to the graduands, the Acting Controller General of Corrections, John Mrabure, in a press statement issued Thursday by the Public Relations Officer, Francis Enobore, charged them to see the educational advancement as a stepping stone to a brighter future.

He urged them to shun anti-social behaviours capable of tainting the new course of positive life they have chosen for themselves and be good ambassadors of both the Correctional Service and NOUN.

A total of 3,000 inmates are currently running different degree programmes with NOUN, while 50 are undergoing National Certificates in Education (NCE) with Yewa College of Education, Ogun State.

Presently, the Service has 12 Special Study Centres in different custodial facilities across the country.

Since the inception of the collaboration between the Service and NOUN, a total of 36 inmates have graduated in different fields of study such as Conflict and Peace Resolution, Political Science, Sociology, and Guidance and Counseling, among others.