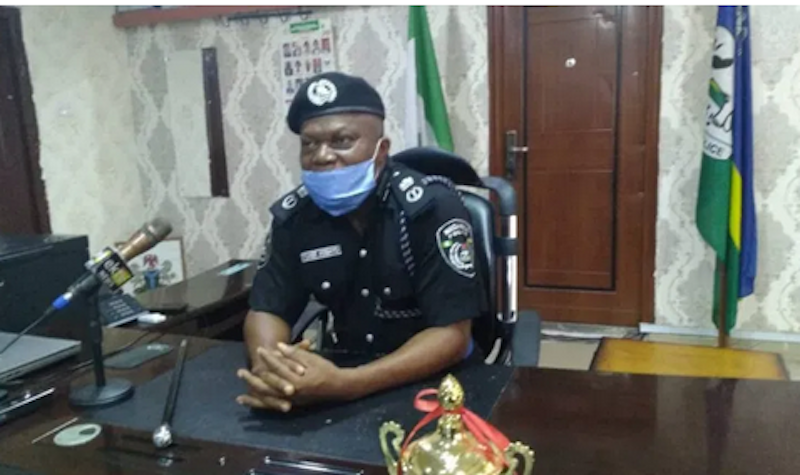 The groups argued that the decision of the police brazenly contradict the provisions on non-discrimination on the basis of sex according to Article 2 of the African Charter on Human and People’s Rights and Section 42 of the 1999 Constitution.

The Ekiti State Police Commissioner, Mr. Babatunde Mobayo, had defended the dismissal of Omolola, who got pregnant in alleged flagrant violation of the Police Rules and Regulation.

Omolola, who was serving in the Iye Ekiti Police Division in Ilejemeje Local Government Area until the unfortunate incident, was dismissed last week by police authority, for getting pregnant barely a year after graduating from the police academy.

The police commissioner had claimed that the pregnant policewoman violated section 127 of the police regulation, which according to him, recommended serious punitive measures against flouters.

Contrary to the position held by the police, Executive Director, Global Rights, Mrs Abiodun Baiyewu said the dismissal of the police officer due to her pregnancy out of wedlock “is highly discriminatory and that Section 127 of the Police Regulation needs to be challenged in court and struck out.”

Baiyewu, also, observed that several laws and policies in Nigeria had made no pretence about being discriminatory and contravene the constitutionally guaranteed right of equality before the law.

Until recently, according to the executive director, the Nigerian Immigration Service required married women to obtain their husband’s consent when applying for a new passport, no such requirement was stipulated for men or unmarried women.

She said: “Though not often applied, the Federal Civil Service Regulations also discriminate against unwed mothers, denying them maternity leave!

Pregnancy out of wedlock is not a disease and the marital status of a pregnant woman cannot constitute a crime.

“An unwed police officer can discharge her duties just as well as her wed pregnant colleague! Please note that the law does not punish male police officers who have children out of wedlock.”

She urged the IGP “to save the police force from further needless embarrassment. the force also owes Omolola an apology for the discrimination and embarrassment she has been subjected to.

“The decision to have a child is private, and must always be respected by all. Enough of the hypocrisy!,” she explained.

For founder, Invictus Africa/Girl Child Africa, Mrs. Bukola Shonibare, Omolola’s dismissal from the Nigeria Police is yet another example of how some legal provisions in Nigeria repress and derogate women’s rights and freedoms, despite commitment to the SDGs.

Shonibare, also, lamented that laws that required a woman “to obtain permission before getting married, control when she can get married, restrict her from getting pregnant at given periods, are nothing but discriminatory, suppressive, and unconstitutional.”

She argued that the provisions of the Police Regulations, 1968 and new Police Act, 2020 contravened Article 2 of the African Charter on Human and People’s Rights, and are inconsistent with Section 42 of the 1999 Constitution, which to such extent of inconsistency, void.

“While the former provides the framework for the operations of the Nigeria Police in carrying out its mandate, the latter, which was made pursuant to Section 46 of the Police Act, particularly subsection (b) in relation the instant case, permits the President to make regulations on the recommendations of the Police Service Commission with respect to …dismissal and disciplinary control of officers.”

Shonibare, therefore, observed that efforts “are ongoing to amend the Police Regulations through the Police Act (Amendment) Bill, 2019, which has only passed second reading.

“One of the regulations being proposed for amendment is Regulation 127 which states “an unmarried woman police officer who becomes pregnant shall be discharged from the force, and shall not be re-enlisted except with the approval of the Inspector-General.

“This is the regulatory provision relied upon in dismissing Miss Olajide. Yet, the same provision is not made for single male police officers who impregnate women. It is hoped that the proposed amendments will be speedily passed and assented to.”

Rather than restricting the rights and freedoms of female police officers, Shonibare challenged the Nigeria Police to put systems and structures in place to support them whenever they choose to get married or become pregnant.

She argued that the female police officers deserved support rather than constraining them to choose between their economic livelihood and leading normal lives like other women not in the Nigeria Police.

Knowing the discriminatory nature of Regulation 127, she asked the IGP to exercise his discretionary powers granted by the same provision to approve Omolola’s re-enlistment into the Nigeria Police.

Chairperson of Ekiti FIDA, Mrs. Yetunde Odunayo acknowledged that female legal practitioners in the state had taken up Omolola’s dismissal, saying FIDA would ensure that her dismissal case is reversed to entrench gender equality in the federation.

Odunayo explained that FIDA had written petitions “to appropriate authorities, especially to the Police Service Commission and the Inspector General of Police to ensure that justice is tempered with mercy on the female police constable.

“The sacked police woman came to our office to formally inform us. We have taken adequate steps. There are steps we have to take. We have to begin to take them one after the other. We will always like to toe the line of mediation before another line of action . We have written a petition. The petition had been dispatched.

“We have petitioned the Police Service Commission. We copied the Inspector General of Police, the Attorney-General of Federation (AGF) and the office of the wife of Ekiti State Governor.

“When we received her petition, we conducted thorough research in her case so that we do not just swing into action over nothing. We had to check the case law if there is judicial precedent. We are aware there is a bill in the National Assembly to get that section out of the law. That is why we have to go into research which we have done.

“There are two sections of the Police Act, 1968, especially sections 122-127. Section 122 insists that police officers should seek permission before getting married. It was based on that section that a certain case was taken to court and the section was declared barbaric to be expunged from the law.

“Section 127 talks about a police officer not getting pregnant until when they have worked for three years in the employment of the Police Service Commission. It was based on that law the lady in question was affected. We learnt that there is a new law of police of 2020 that the section of law has been completely expunged from the Police Act.

“We have sent a letter to the Police Service Commission to review that action taken against the dismissed constable based recommendation on the new law, considered it taken in error.”

Also speaking, GRIP’s Executive Director, Mrs Rita Ilevbare asked the police to reverse the action knowing that female reproductive organ can be affected by abortion, saying forcing the girl to adopt such measure to avert dismissal could destroy her life.

Ilevbare said: “What will the authorities do to the man who impregnated Omolola despite knowing that she has not spent up to three years required by police statute?

“Will they allow him to go scot-free? If that is the case, then the regulation is discriminatory and should be expunged with immediate effect for us to have a world that is stable and peaceful.”