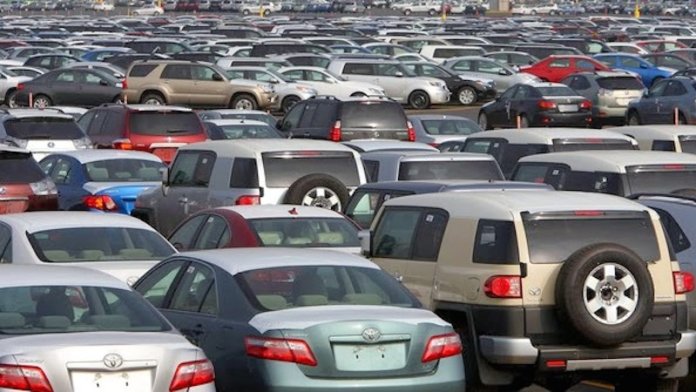 Members of the organised private sector (OPS) have expressed divergent views on the move by the federal government to begin the implementation of the reduction in the import levies on automobiles as contained in the 2020 Finance Act.

The Comptroller-General of the Nigeria Customs Service (NCS), Col. Hameed Ali, had on Tuesday stated that the service would start the implementation next week.

Ali, however, added that the NCS is awaiting official communication from the Ministry of Finance to fully commence the implementation.
According to him, the vehicle tariff reduction is contained in the 2020 Finance Act and initiated by the NCS to ease the cost of transportation in Nigeria.

However, the Manufacturers Association of Nigeria (MAN) and the Nigerian Association of Chambers of Commerce, Industry, Mines and Power (NACCIMA), have kicked against the new policy, saying it will imperil over $1 billion new investments in the automobile industry attracted by the National Automotive Industry Development Plan (NAIDP).

They added that it will create confusion in the automotive sector and dampen investors’ confidence in Nigeria.
The new policy, they said, will also expose the Bank of Industry (BoI) to loan losses.
But the Lagos Chamber of Commerce and Industry (LCCI) and the Nigeria Employers’ Consultative Assembly (NECA) expressed support for the policy.

LCCI and NECA said the new policy will redirect Nigerian automobile industry on the path of manufacturing Completely Knocked Down (CKD) automobile components in the country and pave the way for the emergence of truly made-in-Nigeria vehicles.
According to them, the local auto manufacturers still enjoy 40 per cent tariff protection despite the lowered tariffs, adding that it will be outrageous to continue to defend an industry with 70 per cent tariff.

Opposing the policy, the Director-General of MAN, Mr. Segun Ajayi-Kadir, told THISDAY that the reduction came to the association as a “huge surprise” and described it as an affront to the NAIDP and “avoidable erosion of the traction we have gained in the implementation of the NAIDP.”
Ajayi-Kadir noted that the government encouraged investors in the industry as part of the anticipatory approval of the NAIDP to key into importing the CKD and Semi-Knocked Down (SKD) components for assembling of cars, buses and trucks in Nigeria.

This laudable initiative, according to him, improved investments in the Nigerian auto industry to over $1 billion and encouraged the Original Equipment Manufacturers (OEMs) to sign agreements with some Nigerian businesses to commit more funds to the industry.
He stated that there are currently 54 licensed auto assemblers, with 33 of them operational in the country with an installed capacity of about 417, 690 units per annum.

He said they had created about 4,000 direct jobs and 12, 000 indirect jobs.
“So, this section of the Finance Act is an affront to the NAIDP. It is not consistent with the earlier stated objectives of government in this sector that holds so much promise for Nigeria, especially in the West African region.

“As you would have seen, this has created confusion in the automotive sector and brought to question investor confidence in Nigeria,” he said.
Ajayi-Kadir faulted the objectives of the Finance Act, saying that there is nowhere in the world where all the parts of fully built vehicles are manufactured in a single country.
“Rather, what countries that thrive in the industry do is to source components across countries and continents and assemble such in a location,” he stated.

He expressed concern about Nigeria losing investors to other neighbouring countries as was the case with Toyota and Nissan that dumped the country for Ghana while Scania and Mercedes Benz which are waiting to invest in Nigeria might decide otherwise.
He said: “It is capable of exposing the BOI to significant loan losses since some of the investors in the industry have recently obtained huge facilities to develop their lines having keyed into the government initiative in the automotive industry.”
Also, the Director-General of NACCIMA, Ambassador Ayo Olukanni, told THISDAY that the policy on reduction of import levies will not augur well for the nation’s local auto industry.

Olukanni said that Nigeria already has some local automobile assembly plants that produce cars and transport vehicles and have shown potential to satisfy some areas of transport needs of the country.
He added that some of their members like the Innoson Vehicle Manufacturing (IVM) recently launched a new line of vehicles while the Peugeot Automobile is making efforts to bounce back and the Mikano Motors has just made a grand entry into the Nigerian market.

“We must protect these producers and encourage them. Through their activities, they can and will provide employment and government revenue towards the implementation of the development plan and economic growth.
“On the other hand, increased importation of used vehicles will put further strains on foreign reserves as happened in the 1980s with the mass importation of ‘Tokunbo’ cars,” Olukanni said.

However, the Director-General of NECA, Mr. Timothy Olawale, urged critics of the new tariff policy to first understand the policy direction of the government and what it intends to achieve with it, which is to embrace a long term policy for the sector.
Olawale said: “What we had before was the importation of SKD components from abroad to be coupled in Nigeria. That generates less employment and less income. What government is trying to do now is to reduce levies to discourage the imports of SKD and encourage the manufacture of CKD components in Nigeria. This is to stimulate the interest of those who have signified willingness in setting up auto industries in Nigeria to manufacture those components here.

“This will create the opportunity for value addition, jobs creation and more revenue. So the government is trying to create an enabling environment for investors who will be willing to raise the stake and the bar. We need to treat the policy by understanding the government’s perspective and the direction it wants to go.”

He, however, advised the government to launch a public enlightenment campaign to educate Nigerians on its thoughts, plans and future projections.
He also advised the government on the need to provide the infrastructural base to support the local manufacturing of the CKD by accelerating the reactivation of the Ajeokuta Steel Complex, resuscitating the country’s petroleum refineries for the production of petrochemicals needed to fabricate vehicles parts and improving power supply.

He also urged the government to package a moratorium for those who have invested in the SKD to enable them to rein in their investments and convert to CKD.
“Some of them might have imports on the high sea and would be short-changed as it is.
“So, the government needs to give them a period when they would be able to recoup their investments and also support them to transit from the SKD to the CKD dispensation.

“All these issues need to be holistically reviewed to ensure that this policy does not die before the sun rises. That is why the government needs to work on supporting infrastructure in order to have a holistic approach that will take care of these issues and make a success of the policy.
“With hindsight and knowledge of what the government is trying to achieve I will say that the policy is positive.

“Government wants a return to the 1970s when we have a number of components being manufactured here. Having a policy is just the beginning, implementation and providing support to ensure that it succeeds is very critical,” Olawale said.
He added that the implementation of the African Continental Free Trade Area (AFCFTA) might be part of the bigger picture the government is painting to enable the country to use its population to drive maximum benefits from the free trade agreement.

The Director-General of the LCCI, Dr. Muda Yusuf, supported the new policy, saying that there is no need to lament over the downward review of tariffs as the local automobile manufacturers still have 40 per cent tariff protection.

“What the government has done is to reduce the levy component of the tariffs to five per cent from 35 per cent. But the import duty of 35 per cent still subsists. The implication is that there is still a protective tariff of 40 per cent. If an industry cannot be competitive with a 40 per cent tariff protection, then we should interrogate our industrialisation strategy.

“Meanwhile, the government should give more generous incentives to motor assembly plants following the tariff review,” Yusuf said.
He also justified the review based on the high cost of vehicles and the implications of high transportation costs on inflationary pressures in the economy.

“Food inflation is a major driver of the composite price index. And a major factor in this is the cost of vehicles. Logistics in the Nigerian economy is highly dependent on road transportation. An estimated 90 per cent of freight is moved by road.
“It is good to protect domestic industries. But a tariff of 70 per cent is outrageous,” Yusuf added.