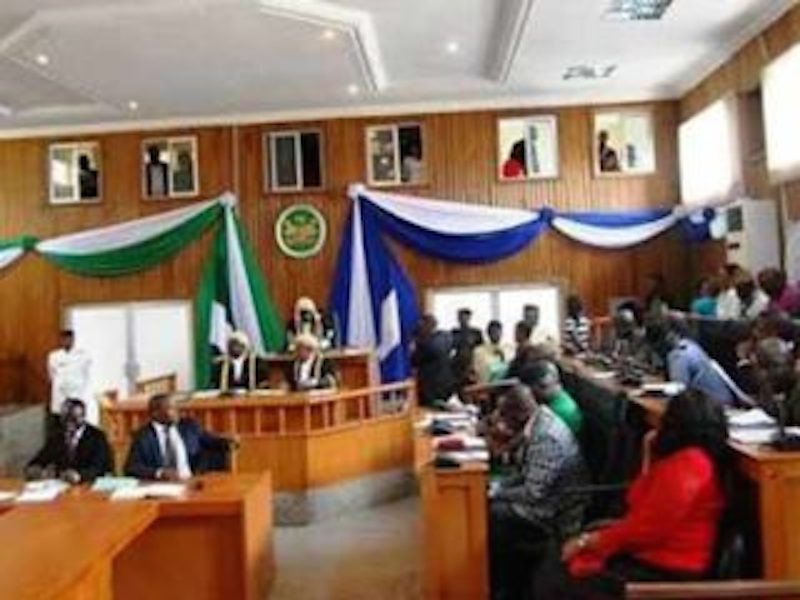 The Cross River State House of Assembly has confirmed Justice Akon Ikpeme as the substantive Chief Judge of the state.

However, the objection raise by state’s the lawmakers was roundly condemned, especially by senior lawyers in the state and the country in general because it had no place in the selection of a chief judge that is principally anchored on seniority.

Nevertheless, Ayade’s third letter to the lawmakers requesting the confirmation of Justice Ikpeme, which was dated January 20, 2021, with Ref: SSG/S/300/VOL.XVIX/550, and signed by the Secretary to the State Government, Mrs. Tina Agbor Banku, read in part:

“In the exercise of the powers conferred on His Excellency, Senator Professor Ben Ayade, Governor of Cross River State, by Section 271(1) of the 1999 Constitution of the Federal Republic of Nigeria (as amended), I am directed to forward the name of Hon. Justice Akon Bassey Ikpeme for confirmation by the Honourable House as Chief Judge of Cross River State in the State Public Service.

“The purpose of this letter, therefore, is to request Mr. Speaker and Honorable Members to please grant the consequential confirmation of the nominee for formal appointment as Chief Judge of Cross River State in the State Public Service.”

Unlike the two previous occasions, the lawmakers during plenary wasted no time in granting the request from the governor, and therefore, approved her nomination for the position of the substantive chief judge of the state.

Shortly after confirming Justice Ikpeme, the Speaker of the State House of Assembly, Hon. Eteng Jonah Williams, said that yesterday’s confirmation was made very easy for the lawmakers because they had “new facts” about her, as well as what he described as “new alignment.”

The speaker also indicated that Justice Ikpeme’s nomination had to be confirmed in the best interest of the state judicial system, which had suffered some setbacks as a result of the controversy surrounding the appointment of a substantive chief judge since the retirement of Justice Michael Edem in November 2019.

“Her confirmation is for the stability of the judiciary. We felt Cross Riverians are suffering a lot because of that and we have done our job, which is to stabilise the judiciary.

“As the Chief Judge, she knows her responsibility. We expect a lot because a lot of Cross Riverians stood by her during her trying times. She should give justice, do the right thing, be fair to all. I wish her good luck,” the speaker said.