Massive Crowd March for Peter Obi in Abuja 9 hours ago 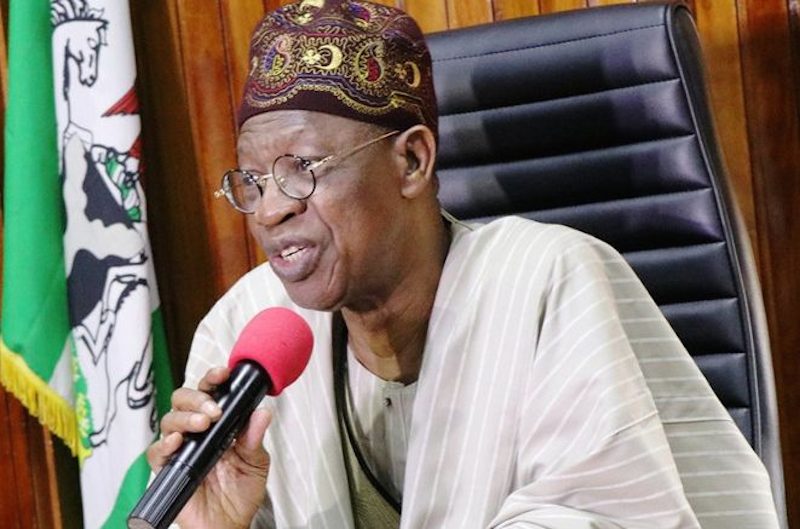 The federal government has cautioned Nigerians against political and ethnic sentiments capable of swelling the current ethnic and religious clashes over security issues in some states.
It stated that the administration of President Muhammadu Buhari is working assiduously to address all issues currently creating tensions in the country.

The Minister of Information and Culture, Alhaji Lai Mohammed, at a joint press conference with his counterpart in the Ministry of Interior, Mr. Rauf Aregbesola, briefed reporters yesterday in Abuja on efforts being made by the federal government to combat terrorism, banditry and other criminalities.

The briefing came against the backdrop of renewed tensions in some states, especially in the South-west, over the frequent face-off between host communities and herdsmen who are being accused of various crimes, including kidnapping, rape and killing, among others.

Also, a Yoruba activist and conflict entrepreneur in Oyo State, Mr. Sunday Adeyemo, popular called Sunday Igboho, issued a similar ultimatum to Fulani herders in Igangan, Oyo State, who are being accused of heinous crimes against their host community.

Igboho, in defiance of warning by Oyo State Governor, Mr. Seyi Makinde, led a band of his supporters last Friday to enforce the quit notice, during which the Seriki Fulani in Igangan, Mr. Saliu Abdulkadir, was sacked from his home and some property destroyed.

However, Mohammed said with the renewed determination and vigour by the government, the security agencies are set to sustain their onslaught against terrorists, bandits and criminals.

He added that the Buhari administration is fully aware of its responsibility to protect the lives and property of all Nigerians and the president has committed the government to not relenting in learning and adapting to changing threats to national security and civic wellbeing.

“I think we need to be very careful in making ethnic, political and religious statements that will aggravate the current conflict we have in some states. We should lower the temper; efforts are being made to address the issues. That is what I can say for now,” Mohammed said.

Highlighting what he called the ‘’recent successes’’ recorded by the armed forces and other security/intelligence agencies in the fight against terrorists, bandits and other criminals, Mohammed said since the beginning of the year, the armed forces had neutralised 158 suspected criminals nationwide.

Scores of other terrorists and bandits have also been killed during air strikes, while some 52 suspected criminals were arrested, with scores of arms, ammunition and equipment recovered.

According to Mohammed, troops have also rescued a total of 17 kidnapped victims nationwide while a total of 684,856 barrels of stolen crude oil, 1,724,000 litres of stolen diesel and 500,000 litres of Dual Purpose Kerosene (DPK) have been recovered.

“Furthermore, a total of 1,184 of 25kg bags of Yaraliva Nitrabor Fertilizer were impounded by the troops of the Armed Forces of Nigeria.

“Please note that in addition to the numbers of neutralised criminal elements quoted above, many others were incapacitated and their camps destroyed,’’ he added.
The minister said the government will not relent until peace has been restored to every troubled part of the nation, adding that the president has continued to provide the security agencies with the wherewithal to successfully prosecute their various operations.

The minister stated that even though some of the troops paid the supreme price during the operations, the security and intelligence forces have consistently exhibited gallantry and resilience in the various operations.

Giving a breakdown of the successes recorded in combating insecurity, the minister said in the North-west, 118 bandits were killed in addition to a total of 11 kidnapped victims that were rescued since the beginning of the year.
According to him, “In the North-east, 30 suspected terrorists, including some of their commanders, were killed by troops, apart from the scores killed in air raids/attacks during the period under review.

“Several gun trucks were captured in addition to the 13 recently captured at Marte in Borno State, while some others were destroyed by the gallant troops. Also, a total of 13 assorted rifles and 2 anti-aircraft guns were recovered from Boko Haram/ISWAP terrorists, in addition, several arrests were made – including high value targets – within the period.

“Now, during the past week alone, five Boko Haram/ISWAP terrorists were eliminated by troops as they attempted to overrun Abbagajiri and Dusula towns in Damboa Local Government Area of Borno.”
He stated that the troops, from the 402 Special Forces Task Force Brigade, on Wednesday, had encircled some terrorists’ enclaves at Abbagajiri and inflicted heavy casualties on them.

The minister explained that in addition to the kinetic military operations, the armed forces routinely carry out non-kinetic operations in form of Civil Military Cooperation Activities (CIMIC), fostering several stakeholders and reconciliation meetings among hostile communities and carrying out medical outreaches in host communities.

He promised that the security apparatus and personnel of the armed forces and the police will be re-energised and reorganised, with a view to enhancing their capacity to engage, push back and dismantle the operations of both internal and external extremists and criminal groups.