Oshiomhole: I Can’t Speak on Tinubu’s Health Because I’m Not a Nurse or Doctor 8 hours ago 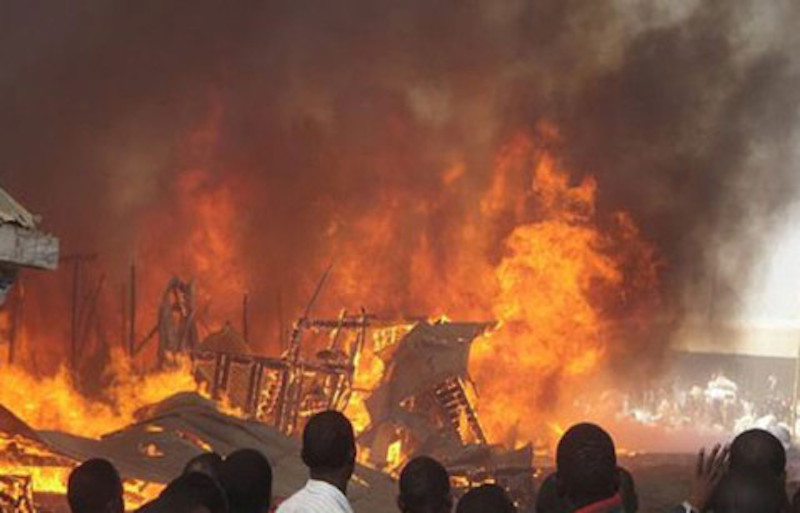 Following last week’s fire outbreak at Sokoto Central Market which led to the destruction of shops and properties worth billions of naira, the Federal Government has sent a high-powered delegation, led by the Chief of Staff to the President, Prof Abdullahi Gambari, to commiserate with the victims and Government of Sokoto state.

Speaking at the chamber of the Government House Sokoto on Monday, Gambari said President Muhammadu Buhari was sad when he heard the unfortunate news of the fire outbreak.

According to Gambari the president should have be in Sokoto in person but couldn’t make it due to other official engagements, hence he mandated them to come and commiserate with the good people of Sokoto state.

He added that the president promised that Federal Government will assist the State Government to rebuild the market.

Responding Governor Tambuwal thanked president Muhammadu Buhari for not abandoning them at this trying moment.

Tambuwal further disclosed that the market had 16,000 shops with 60 percent of the shops razed by the inferno

He pleaded with the federal government to assist the affected victims as the inferno had affected their livelihood.

The delegation went into a close-door meeting with the governor and later paid a courtesy call on the Sultan of Sokoto Muhammad Sa’ad Abubakar.

those accompany the chief of staff on the visit includes, the former Governor of Sokoto state Sen Aliyu Magartaka Wamakko, minister of Social Development , disaster and humanitarian affairs Sadiya Umar Farouq, her counterpart from police affairs Muhammad Maigari Dingyadi and that of communication and digital economy Ali Isa Pantami.