Suspend Me If You Can, Gov Wike Taunts PDP 9 hours ago 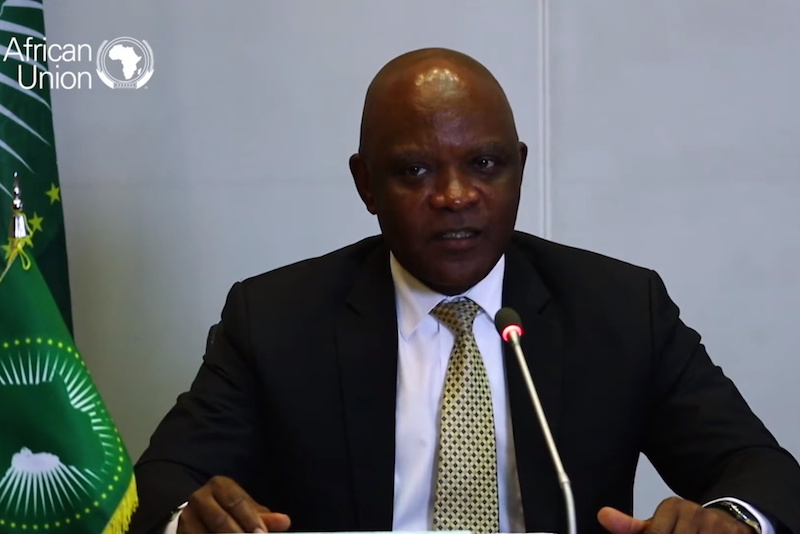 The Head of Africa Centres for Disease Control and Prevention (CDC), John Nkengasong, has said Africa’s coronavirus fatality rate has risen alarmingly to 2.5%, higher than the global level of 2.2%.
At inception of the pandemic, Africa’s rate had been below the global average. Many experts then, including Billionaire Bill Gates, had queried why the disease was not killing as many people in Africa.
Reuters quoted Nkengasong as saying Africa’s shares of the global fatalities following the outbreak of the second wave of the virus are higher now than the global average.

“The case fatality rate is beginning to be very worrying and concerning for all of us,” he said, although he did not give a reason for the increase.
According to him, the number of African nations with a rate of deaths-per-cases higher than the global average is growing.
There are 21 countries on the continent with a rate above 3%, including Egypt, the Democratic Republic of Congo, and Sudan.

The initially lower case fatality level in Africa might have been due to lower testing rates and a youthful population, experts said last year.
However, the position of the World Health Organisation appears to contradict Nkengasong’s.
WHO’s Africa head, Matshidiso Moeti, told an online news conference that Africa’s case fatality rate was not dramatically worse than those of other regions.

She said higher rates were probably due to the challenges African countries most severely affected by the second wave – notably South Africa, where a more infectious variant has been detected – were facing in providing care for infected people.
Over the past week, cases around the continent decreased by nearly 7% compared to the previous week while deaths increased 10%, according to Africa CDC data.

With a population of more than 1.3 billion, Africa has recorded 81,000 COVID-19 deaths, representing 4% of fatalities globally from the coronavirus, Nkengasong said.
Africa has recorded 3.3 million infections in total. The continent reported 207,000 new cases in the past week, with South Africa alone reporting 100,000 of those, Nkengasong added.

However, Nigeria, the most populated country on the continent has continued to record more coronavirus infections during this second wave of infection with more fatalities.
In the past four weeks, there have been over 200 fatalities from COVID-19 complications in Nigeria.
The country has so far tested 1,225,179 people since the first confirmed case of COVID-19 was recorded on February 27, 2020 in the country.

Statistics show that the virus has become much deadlier this month, as it has killed more people than any other month since the pandemic broke out.
Of the 1,485 total deaths from COVID-19 nationwide, the month of January 2021 accounts for 13.2 per cent of the national mortality rate.

In the last 21 days, an average of nine persons were killed by coronavirus in Nigeria. With about a week more to go before the month ends, experts say more are expected to die.

As the country battles to contain the virus in the face of a chronic shortage of necessary equipment and facilities, health workers across the country continue to struggle.
Relatives of patients, who died from COVID-19 narrated harrowing experiences of how their loved ones died gasping for air due to shortage in oxygen supply in some of the foremost isolation centres in the country.