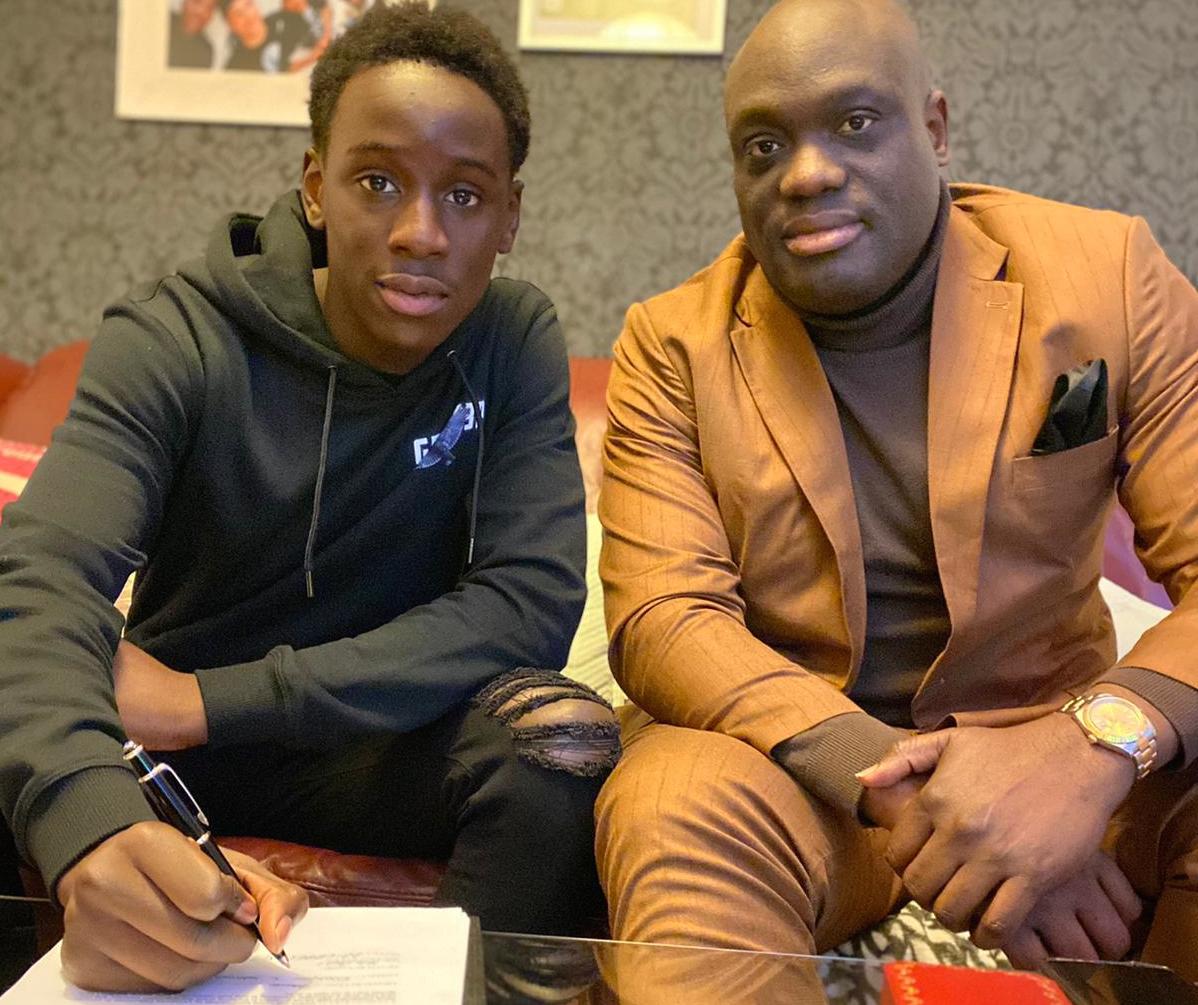 Osakpolor Solomon, born in Ireland to a Nigerian father, is a promising and talented defender, who is presently a scholar in the Nottingham Forrest Team.

The enterprising defender, who turns 18 year later this year, is tipped to be among the next crop of stars to come out of Ireland given his antecedents while playing in the Nottingham Forrest academy，where he distinguished himself with class among his peers.

Announcing his signing yesterday, FA licensed football intermediary Drew Uyi, said the deal allows his firm to manage the player’s affairs on and off the pitch as far as football is concerned.

The UK-based agent, said that the coming onboard of Osa Solomon into the swelling rank of players in the fold of his agency, was enough proof of good managerial capabilities, global recognition and acceptance that players accord the Drew Uyi brand.

While describing Osa Solomon as a professional asset, Drew Uyi promised to ensure that the youngster’s career takes an upward swing henceforth.

Drew Uyi was delighted to announce the signing by posting it on different social media outlet.

“He was born in Ireland and since he started playing football at a kid, his father has given him all the support”, Drew Uyi wrote on his instagram page.

Commenting on their decision to sign with Drew Uyi, the father of the teenage sensation, Mr Michael Solomon, said Drew Uyi was the only agent to offer something unique for his son among the many agents who wanted his signature.

“Mr Drew Uyi is not just an agent but an experienced Brand strategist who can put my son out there and protect his image at the same time”.

Drew Uyi commended the father of Osa Solomon for the strong disciplinary values that he has ingrained in the emerging football star.