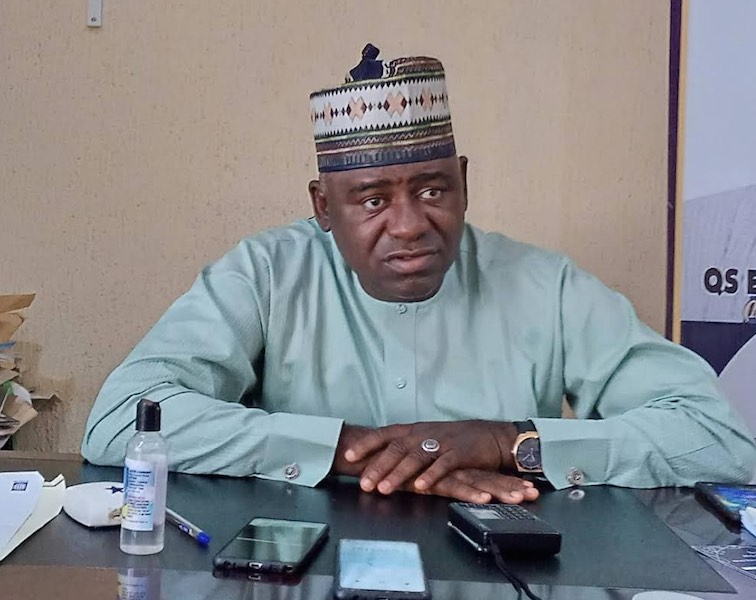 Insecurity is the bane of any society that wants to develop. In Niger State, the determination of government to open up the rural communities and therefore check rural urban migration through rural road construction almost hit the rocks as a result of banditry but for the determined efforts of the Management of the Rural Access and Mobility Programme (RAMP) which adopted measures to ensure the projects embarked upon were not prematurely terminated.

Over time, the banditry exacerbated and some foreign contractors supervising these rural road construction were kidnapped and only serious negotiation brought about their release from the clutches of bandits.

Giving insight on how they were able to bypass and manage this dangerous trend, the Niger State Coordinator of RAMP, Etsu Hassan Baba, said they have been recommended to move to the next stage of the programme.

On how insecurity affected the delivery of their mandate for the state, Baba said: “Yes! Insecurity has really affected our work because it has slowed down our work. Ordinarily, especially the contractors handling our second phase of our roads, the stipulated time frame is 18 months agreed for the construction of the roads, unfortunately, we didn’t achieve that because of the insecurity we experienced in the state, although the effect was not peculiar to Niger State alone and not everywhere was affected.

“Unfortunately, three of our policemen were abducted around Kompani – Bobi road while working on the bridge site, but due to quick response from the Niger State government in conjunction with the security agencies they were rescued and since then, in conjunction with our development partners (World Bank) we’ve developed a kind of strategy to engage a project security coordinator, who is like a consultant, to provide to all our sites well armed security (policemen) that are securing our workers, contractors, consultants and even the roads maintenance work force.

“We don’t want to take anything for granted because our development partners takes the issue of security very seriously. So, following that unfortunate incident we have been able to engage an experienced security expert, a retired military officer, who is coordinating our security arrangements and since then we’ve not experienced any security threat.”

On what effect that had on the delivery of the projects Baba disclosed that “we had course to relocate some of our projects like the initial 55km contract from Padongari to Bassa road, due to the activities of armed bandits around that axis. 25km into the work, the military advised that the contractor should stop work because they would be carrying out military operations in that axis, so we relocated the project to Maikujeri – Tungan Bako. Let me inform you that we received good cooperation from the security agencies especially the Commissioner of Police (CP), SSS and NSCDC to have a safe working environment for our workers.

Expectedly this incurred additional cost but Baba said in the next phase, they will capture the issue of security as a cost. “It surely cost us more money and that is why moving forward into the next phase of the programme, what we intend to do is to see how we capture the issue of security as a cost. Contractors will have to provide security, there was no provision for security before so we have to go extra miles to provide some money to take care of some of this security arrangements”.

Still on funding, he said “RAMP is a core finance initiative of the World Bank and French Development partners aimed at improving transport condition in the rural areas through the construction and rehabilitation of key rural infrastructure. Niger state is one of the participating states others are Osun, Imo, Enugu and Adamawa.

“The facility is $60m and it is pertinent to say that it is not a grant it is a credit that will be paid back by Niger State so this is Niger State government thing contrary to belief that it is a World Bank French Development Agency investment alone. They are in business too. It is a credit to be paid back over a period of 30 years in which all the 25 LGAs benefitted from the 60 million dollars project.”

Delving into other issues like the award he recently received as Best in Implementation amongst the Implementors of RAMP and what it portends, Baba said the state has just completed the implementation of RAMP 2 on December 31, 2020 and “interestingly, it is good to note that we were given targets as enshrined in the project and programme implementation document for us to construct just 370 km of roads and 16 river crossings but we in Niger state surpassed the target given to us by our development partners.

“We constructed 600 km of roads and constructed 30 number of river crossing. So, that earned the state a letter of commendation and some series of awards as best in implementation amongst the implementors of RAMP.”

Notwithstanding the achievements recorded already, Baba said the next stage is now Rural Access and Agricultural Marketing Project (RAAMP). “This time it goes beyond road construction, it includes agricultural chain like markets because we believe that we have opened up these areas therefore, we need markets so that farmers will have value for their farm produce.

“So, we have identified major markets in Niger State to be developed and constructed to international standards, the markets will have processing factories because some of the roads cut across agricultural value chains for example, Mariga international market, Mokwa, Kaboji, Lambata and Kuta markets with all complementing facilities like toilet facilities, fire service, police station, processing factories and others. So we are waiting for the go ahead from the World Bank”, he added.

Pointing out the major challenges confronting his organisation in the implementation of the projects, Baba first cited the issue of weather. “The weather here is not favourable for road construction. You know we witness heavy rainfall last raining season and that resulted to the flooding of some sections of our roads even though we have fixed them but I think it’s a challenge but it is beyond us and even our contractors.

“I also think the issue of insecurity which is not peculiar to Niger State has slowed down the pace of project implementation. I think basically we need to sensitise our people and another challenge is the size of the state which is three or four times the size of Osun or bigger than the entire South-east, so considering its infrastructural deficit coupled with the size there is agitation for the state government to look for more multi national partnership so that it can leverage on that to reduce the infrastructural deficit facing the state”.

On his fears for the implementation of this stage of the programme, the RAMP Coordinator noted that “my fears are that, now that we have this investments, we have people working for us over 600 employed people all over the state and we are paying them N20,000 monthly stipends, some of them earn their living from this payment.

“So, what will happen to this people if we are disbanded especially now that our development partners are no longer in the business, they have pulled out by the end of agreement, can we sustain them carrying out the road maintenance constructed by RAMP if not what happens to these roads. You can recall in the days of DFRRI during IBB regime, today you can hardly trace such lofty projects because there was no sustainability arrangements, so in this situation in order to sustain and guarantee what we have on ground especially the community maintenance arrangement which can be sustained by the state government and we want to see how RAMP will be transformed into the state Rural Roads Development Agency that will be responsible for the maintenance of some of these roads in the state”.

The above challenge notwithstanding, he said during the first phase, they were able “to deliver on all our projects. We are able to improve rural transportation and impact positively on the lives of rural dwellers. We discovered that before our intervention, the rural dwellers couldn’t travel from one point to the other. There are communities that ordinarily you should access within 30-40 minutes but because of bad access roads it took four to five hours before you access such communities.

“For instance, Kutigi to Tashi Hajiya road before the intervention of RAMP it took no less than five to six hours for you to access Tashi Hajiya from Kutigi but today after the intervention you can access it within 45 minutes. So, there is drastic reduction in travel time which has accounted for reduction in travel costs. We have also witnessed significant improvement in the economic activities of the people living along our road corridors.

“Farmers can now move easily to their nearest markets and we also witnessed bumper harvests because farmers can access farm implements like fertilizers, herbicides and others because they now have good access roads. Because of the intervention too, we discovered that women who are trying to put to bed (in labour) find it difficult to easily access primary health facilities due to bad roads, some paid the supreme price with the loss of their lives but now that has reduced by about 60 per cent.

“We have as well witnessed increase in school enrollment because of good access roads. So these are some of the impacts we are able to create apart from direct and indirect employments for over 600 people. We have linked over 420 communities in Niger State, over 900,000 people have benefited from our projects and we have opened up many rural roads in the state for better social and economic activities.

“When you ply our road corridors you will witness new settlements because we have put the roads in shape people are coming to settle along the roads. Like I said earlier our Community Based Road Maintenance where we engaged about 600 people who are watching over RAMP roads, we are paying them monthly stipend of N20,000. “