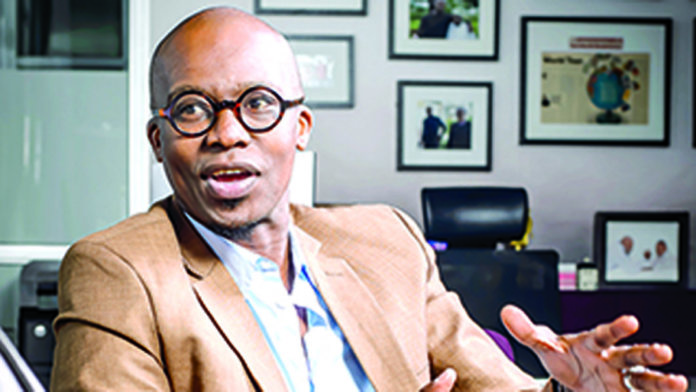 In the last few years, the African music industry has broken barriers and occupied a glowing spotlight on the international scene. Be it the popular Nigerian Afrobeat or the hip-hop sounds from South Africa and Uganda, the sounds of Africa are getting louder every day with each breath and rhythm.

Much of this is due to the penetration of smartphones and access to internet services. World Bank reports showed that mobile broadband coverage on the continent is now at 70 per cent of the population.

What this means is that more and more Africans can now stream and buy music through their mobile phones. The result of that is the expansion of international music companies and services into the continent and a slew of international collaborations with African artistes.

Despite the growing popularity of African music, few governments have shown willingness to invest in the music industry. To these ones, music is still a pastime, something to listen to when spirits are low and dance to when the gods open the floodgates of material and spiritual blessings.

But for the Senior Vice President and General Manager of ViacomCBS Networks Africa, Monde Twala, whose music channel MTV Base played a pivotal role in promoting African music beyond the continent, music has an immense power to unify and inspire communities.
“It’s this power that we all have to harness and use, to elevate youth culture across our amazing and talented continent,” Twala said in a recent chat.

“This is very much a shared responsibility between the public sector, the music industry, and artists. We need to recognise the enormous potential of fostering collaboration, to grow the continent’s music industry through sustainable partnership. In addition to ViacomCBS Networks Africa, the industry has led the charge in growth and investment through these partnerships ranging from telcos, and tech leaders, as well as independent and mainstream record labels and platforms.”

Such partnership was recently seen when Twala and his co-General Manager and SVP of the network Craig Paterson announced the return of the MTV Africa Music Awards (MAMA), a platform that not only recognises and rewards African music talents but also provides opportunities for international collaborations.
The company recently partnered with the Ugandan government to hold the 2021 edition in Kampala, Uganda virtually after a four-year hiatus.

“The MAMA in partnership with Uganda, the Pearl of Africa, is a great example of an event that creates powerful platforms and opportunities to drive cultural collaboration and a bridge between our continent’s music industry and attracting international investment, accolades and recognition. The purpose of the MAMA is to elevate and showcase African talent and culture beyond the continent and encourage global interest and investment.”

The choice of Uganda is in a way an opportunity to change perceptions of the continent. Most African governments are sometimes cast in a bad light because of political conflicts and human rights abuses. Uganda, for instance, has been embroiled in political tumult lately as musician Bobi Wine seeks to end the decades’ long rulership of 76-year-old President Yoweri Museveni in an election scheduled for January 14, 2021.

There have been reports of violence in the country and the latest arrest of Nigerian artistes who performed at an unauthorized concert left a bad taste in the mouths of many Nigerians.
Twala, however, envisioned the 2021 MAMA as a unifying platform that will expand and showcase Africa on a global platform and talent from that country in a bid to change perceptions of the continent.
He said, “The MAMA has long shown its commitment to bringing diverse cultures, African and international artistes and society together to unify, create hope and inspiration. There could not be a more powerful or important time than now to bring the MAMA to life in celebration of the continent, to bring excitement, to unify, and to support music, cultural unification, and youth from across Africa.

“Hosting the MAMA in Uganda will enable an opportunity to celebrate Africa globally and provide a platform for our incredible talent while unearthing incredible up and coming talent and creating opportunities for skills development workshops and education.”
Twala, a South African, is not new to the business of music having worked 20 years in the broadcast and music industry in South Africa.

Before he assumed his new position, Twala was the Vice President of ViacomCBS Networks Africa’s BET, Youth, and Music brands. He was responsible for driving the development and growth of iconic music, youth and entertainment brands BET, MTV, MTV Base, and MTV Music24, across the African continent.
He joined the company in 2016, the year the last MAMA was held.

With his vast experience, he is convinced that African music will continue to grow at a phenomenal rate.
“Even if Africans are listening to international artistes like Drake, the most-streamed artiste on Deezer, a music streaming platform is Algerian rapper, Soolking.”
A key focus of the upcoming MAMAs is African youths. Having seen enormous creativity and activism from African youths in a very challenging year, a special award, Generation Change Award is dedicated to young people who are making an impact on society and their communities.

“One-fifth of the world’s youth population lives in Africa according to the United Nations, with a median age of 15. Young Africans are driving change in society, they are championing culture and actively standing up for what they believe in. The MAMA represents a great platform for a young audience with the intent to shape culture, inspire positivity and elevate excellence,” stated Twala.He continued: “We are all united through music. Music brings people together and empowers the youth, who are the leaders of tomorrow. The MAMA in Uganda is an amazing opportunity to celebrate both youth culture and Africa’s musical talent. Awards platforms like the MAMA are key to nurturing new musical talent and ensuring that we also inspire the next generation of African stars who will journey on to become the best in the world.”

Through the network channel MTV Base and other programmes such as ‘MTV Shuga’, ‘Isono’ on BET Africa, Twala opined that VCN Africa will “continue to break borders, give a voice to the youth across the continent, and shine the light on African talent, through authentic African storytelling and music culture.”