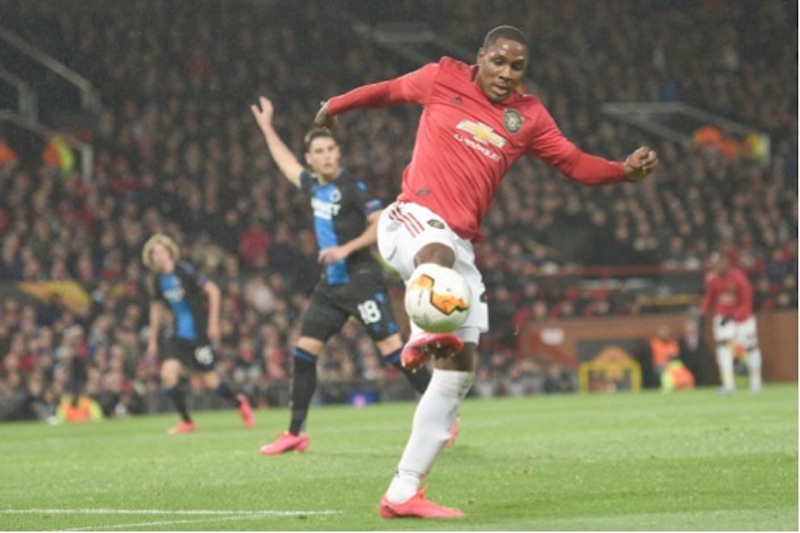 His initial loan to Manchester United on the last day of the 2020 January transfer window was meant to expire in May 31, but his impressive performance culminated in the Old Trafford side extending the loan deal to January of 2021. However, Marcos Rashford back from injury and the Red Devil’s acquisition of Uruguay striker, Edinson Cavani saw the Nigerian fall in the pecking order of Ole Gunnar Solskjaer side and has remained an unused substitute. Meaning the once ‘hero’ will be leaving the Theatre of Dreams without really living his dream

many Old Trafford faithful did not subscribe to the idea of bringing a player from China to a club of Manchester United’s calibre, but Odion Ighalo, against all odds, settled down fast at the club and proved his critics wrong. So much so that one of his most vocal critics and former United’s great, Rio Ferdinand made a U-turn on his initial impression of the Nigerian.

Ferdinand admitted he was wrong about Ighalo, and called on Manchester United eggheads to sign him on a permanent basis.
Ferdinand says Manager Ole Gunnar Solskjaer has proven to be correct in buying the 31-year-old, and believes United must make his loan deal permanent in the summer.

Ferdinand said: “Wow, eight games, three starts in that, four goals and one assist. Ighalo, do you sign him for Manchester United now? It shocked me to see what he’s done.”
The encomium however quickly faded with the recovery from injury of Marcos Rashford and the arrival of Edinson Cavani to Old Trafford.

The Nigeria striker was an unused substitute as the Red Devils eliminated Watford from the FA Cup, but the fairytale wasn’t meant to end like this.
Odion Ighalo’s arrival at Manchester United a year ago was the stuff of dreams—literally for the Nigeria international, but things haven’t worked out as planned.

As his inevitable exit from Old Trafford draws ever closer, last weekend’s FA Cup meeting with Watford ought to have been an opportunity for a final farewell to his boyhood club and potentially to English football.

The Hornets, after all, were the club who had given him his first chance in the Premier League before then encouraging him to depart for China, reportedly against his wishes when his first stint in England came to an end.

Even though things hadn’t quite gone to plan in the Premier League since the pandemic arrived on these shores, the striker appeared in line for a rare opportunity to make an impact from the bench after being named among Ole Gunnar Solskjaer’s substitutes last Sunday.

Ultimately, even this chance for a final showing in red was denied him, as the Norwegian coach instead introduced Harry Maguire, Marcus Rashford, Anthony Martial and Nemanja Matic from the bench and left Ighalo unused.

The Nigerian was ultimately denied the chance for a final farewell against the club he served for three years, and his FA Cup goal against Norwich City last season may remain his final goalscoring contribution for the Red Devils.

While United progressed—thanks to Scott McTominay’s early opener, Monday’s draw pitting them against fierce rivals Liverpool in the Fourth Round isn’t great news for Ighalo.
The match, which comes eight days before the striker’s loan deal ends, is set to be cagey and hotly fought contest, with Ole unlikely to be handing out emotional cameos.
Ighalo appears destined to end his time at United on a low note and, ultimately, without the sign-off he will have been hoping for.

Certainly, his time at the club has been underwhelming.
He was never meant to have been United’s first choice, nor was he the kind of glamour signing to get the pulses racing, but as short-term fixes go, particularly with the club’s injury concerns at the time of his arrival, and the Red Devils competing on multiple fronts, his arrival made sense.

Initially, things worked out well, with Ighalo engendering much goodwill when he revealed—seemingly with striking authenticity that United had been close to his heart since his youth.
Easing the pressure on the side as they competed on multiple fronts, Ighalo became the go-to man for the cup competitions; he scored at will in both the FA Cup and the Europa League.

He even equalled a United record that had stood for 95 years when he scored against Norwich following the resumption of action after the coronavirus suspension, becoming the first player since Jimmy Hanson in 1925 to score in his first four competitive starts for the club.
It almost didn’t matter that he was barely playing in the Premier League, and not scoring when he did.

Ultimately that effort against the Canaries was as good as it ever got for Ighalo at Old Trafford, with the Covid-19 suspension and United’s strong performances during the restart of the league not working in his favour.
Marcus Rashford returned from injury, providing more competition, then Mason Greenwood proved that he could be a difference-maker in the Premier League, United were knocked out of the FA Cup, and the decision was taken to play the Europa League after the conclusion of the Premier League season.

Soon after football returned in 2020, it was clear that the reasons why Ighalo was brought to the North-West were no longer reasons at all.
He was way down the pecking order before Edinson Cavani was recruited on a free transfer before the transfer window closed.
Here was another veteran, older than Ighalo but with a greater pedigree in the game; more success, more silverware, and destined for more playing time at Old Trafford than his new teammate.

While Cavani has begun to make his mark, Ighalo’s playing time has dried up; he has featured just four times so far this season and has played just once – as a last-minute substitute against Paris Saint-Germain – since the Carabao Cup victory over Brighton & Hove Albion in September.

Cavani may have endured a tough season in Ligue 1 in 2019-20, as he scored just four, but he bagged 100 league goals alone across the previous four seasons, and has already scored three in nine in the Premier League so far this season.

No one can blame Ighalo for jumping at the chance to extend his loan stay at United until early 2021, given the way the chance to make a genuine impact was denied him last season due to Covid.

With his loan deal expected to come to an end at the end of the month, Ighalo can now return to Shanghai Greenland Shenhua, where he is a cult hero among the fans.