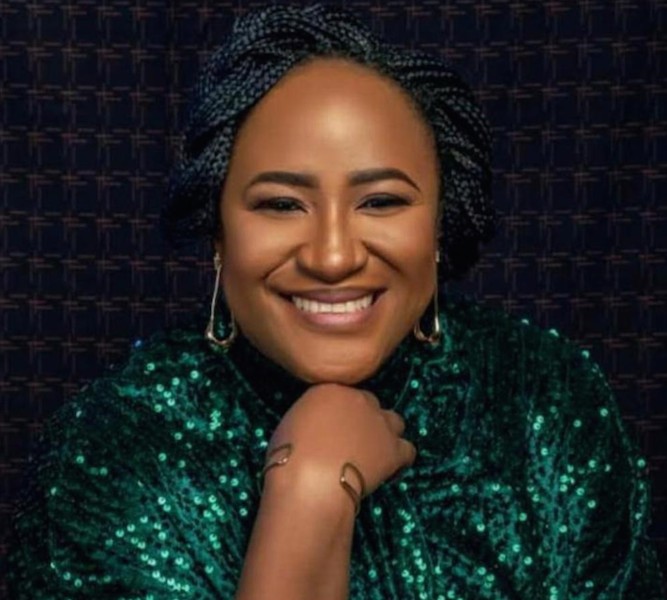 Ejiro Gray, a lawyer and Company Secretary at Sahara Group, captures engaging thoughts on how to handle life challenges described as ‘stones’ in her debut book titled “Roll Away the Stone.’’ Yinka Olatunbosun reports

‘Roll Away the Stone’ may come off as an unusual title of a bookbut it is indeed a powerfully loaded one. The writing wasessentially inspired by Ejiro Gray’s personal interrogation into the scriptures which started some seven years ago. It took a rather aggressive turn in the last quarter of 2019.

“I got the title through a revelation around a particular chapter of the book, what is now chapter 7,’’ she began. ‘’It underscores the difficulty of standing in faith in the face of undisputed facts.At the time I started writing, I had just discovered Isaiah 54. I had spent time reading it and I felt a burning desire to share these promises with others by bringing it home to them in a simple and relatable manner.”

Describing her writing style as poignant, she explains in the book that setting timelines for stones to be overcome should not be the focus of someone who is in a dire situation. Instead, the courage to roll away the stones should be paramount. She explained the concept of faith as an act of trusting God against the odds.

“Our expressions of faith may not seem to align with the norm. The odds may come in the form of facts and logic. Faith is a choice to believe and trust God and the power of His word regardless of these opposing circumstances. The key phrase here is, ‘believing and trusting God over all else.”

While reflecting on how her writing skills would have been an asset to legal practice and vice versa, she argued that lawyers and writers have a knack for language, play with words and give life to them for specific purposes. Ejiro also works in an organization with a volunteer policy that encourages employees to invest their time and resources into charitable and social causes.

“Beyond that, as an organization, creativity is a core part of our DNA and so it is not surprising that the people who make up the entity called Sahara, have diverse skills and expressions of creativity which the organization and humanity, benefits from. As such, we are encouraged to express and celebrate our uniqueness through our gifts in order to explore and attain our highest potential, individually and as a cohesive Group,’’ she remarked.

Ejiro had honed her writing skills by being a voracious reader. Although the bible is a major influencer in her values and faith, certain secular literature and authors had also proved to be impactful in her writing life.

“Enid Blyton Books opened up my imagination and love for reading; African Writers Series made me fall in love with African proverbs and my heritage, Reader’s Digest from the age of nine, opened up my mind to diverse areas of interest such as medical research and general knowledge, Tim La Haye’s “Why you act the way you do” helped me understand my personality and idiosyncrasies. My favourite African authors include Chinua Achebe, Chimamanda Adichie, Cyprian Ekwensi, WoleSoyinka, Ngugi wa Thiongo, and Mabel Segun for their storytelling skills, use of language and ability to immerse the reader in the story. There is a saying that “a good book makes you want to live in the story, a great book leaves you with no choice”. The latter mirrors the effect that their books have on me. They leave me with no choice but to live in the stories,’’ she revealed.

To keep pace with the readers in the digital age, Ejiro said the proliferation of ebooks may be a right step towards mobilizing readership inspite of the potential distractions that the use of technology can bring. The book is available at LaternaBookstore, Roving Heights, Vog&Wod Bookstore and Amazon.