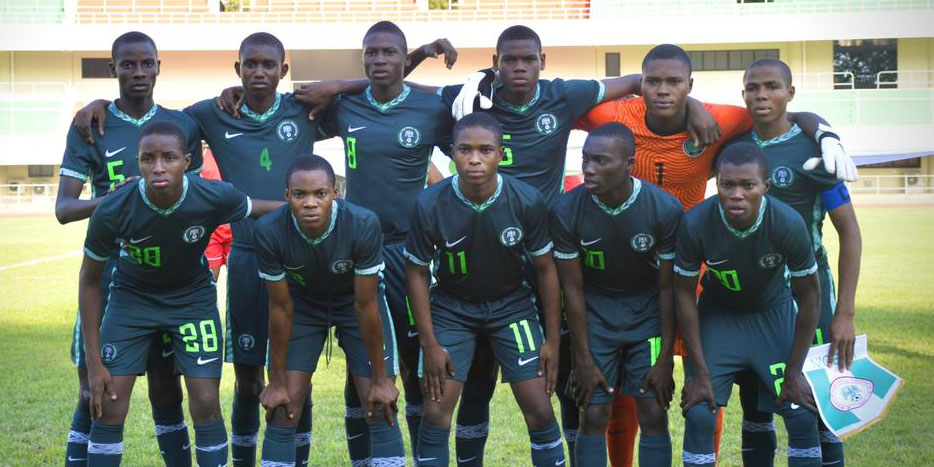 WAFU B U-17 TOURNAMENT

After getting an unusual lifeline from Côte d’Ivoire to qualify for the semi final of the WAFU B Under-17 Tournament, Nigeria’s Golden Eaglets will attempt to build on that by ensuring they overcome Burkina Faso today.

Five-time world champions Eaglets will play the Burkinabes with the sole aim of reaching the final to stand the chance of qualifying for the Under-17 AFCON scheduled to hold March in Morocco.

Eaglets were already at the exit doors of the tournament after they were beaten in opening Group B game by the Baby Elephants and drew with the Black Starlets of Ghana.

But Côte d’Ivoire’s 3-1 victory over Ghana. brought the Eaglets back to life to book a place in today’s semi final with Burkina Faso at the Stade Kegue in Lomé.

With Togo’s results in the tournament annulled due to the hosts disqualification for fielding three ineligible players, Burkina Faso soared to the top of Group A to face Nigeria that finished as runners up.

The regional tournament serves as qualifiers for the 2021 Africa U17 Cup of Nations billed for Morocco. There, Africa’s four representatives for the FIFA U17 World Cup in Peruwould be determined. Although the world body has since cancelled the cadet World Cup due to the prevailing coronavirus pandemic.

The Golden Eaglets finished fourth at the 2019 U17 AFCON hosted by Tanzania.

At the global fiesta held in Brazil, the team led by Manu Garba crashed out after the Round of 16 following their 3-1 defeat to the Netherlandswith, Misjonne Hansen finding the net on three occasions inside Estadio Olimpico, Goiania.

Eaglets are the most successful team in the world at this level of competition having won the U17 World Cup for a record five times.

Their last triumph was achieved at the 2015 edition when they silenced Mali 2-0 in the final thanks to second-half strikes from Victor Osimhen and Funsho Bamgboye.