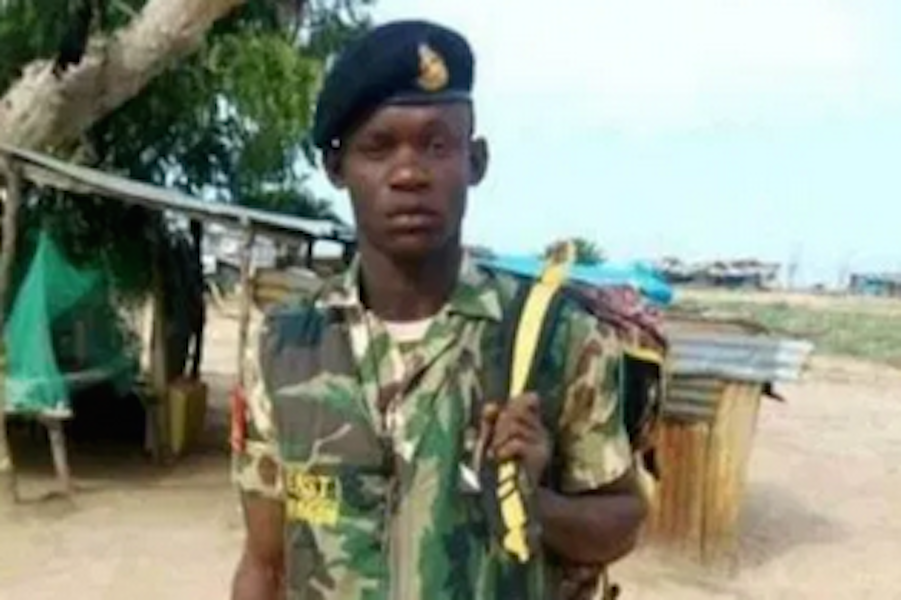 A soldier, Private Azunna Mmadu-Abuchi, has been sentenced by the Nigerian Army court martial to death by firing squad for shooting his superior officer to the death.

The soldier was arraigned before the 7 Division General Court Martial sitting in Maiduguri for killing an officer, Lt. Babakaka Ngorgi.

He was found guilty of the offence and subsequently sentenced to death.

Delivering judgment yesterday, the President of the Court, Brig. Gen. Arikpo Ekubi, said the prosecutor has proven his case beyond any reasonable doubt that the accused intentionally shot and killed Ngorgi, who was the Adjutant of 212 Battalion, Bama.

He said: “You intentionally opened fire and emptied your magazine of nine rounds of ammunition on the deceased officer, Lt. BS Ngorgi, who was the Adjutant of 212 Battalion, Bama, which led to his instant death.

“You betrayed the trust and confidence reposed on you by the Nigerian Army to ensure dignity and respect for human life.

“Your action is therefore viewed with displeasure and as affront to efforts of the present leadership of the Nigerian Army, which emphasised the protection of human rights and professionalism in the discharge of its constitutional roles.

“While condemning your action of unlawfully killing the deceased officer in a gruesome manner, this court considers the plea in mitigation punishment by your counsel, the General Court Martial takes cognisance of all your counsel has said and the fact that you are involved in the Theatre of Operation.

“However, the gravity of the crime that you have committed against the innocent officer, which by application is a crime against humanity and an attempt to drag the good name of Nigerian Army into mud, must be sanctioned appropriately.

“The punishment for the offence of murder as provided by Section 106 of the Armed Forces Act is death. This sentence is to be carried out by firing squad.”

Ekubi also convicted four soldiers for manslaughter for their involvement in torturing a civilian, one Peter Apogu to death over a missing car battery.

He said based on their nature of involvement in the act, Sgt. Sani Ishaya who is the leader of the team is sentenced to four years in prison; Lance Corporal Fabiyi Bidemi is to serve two years while Private Adamu Abdulrashid and Private Musa Bala are to serve for one year each.

The court also sentenced one Private Mohammed Kuru to three years in prison for accidental discharge at a civilian wedding ceremony that killed a 12-year-old boy.