We Will Build Industries around Sports, Entertainment in Iwereland, Says Olu of Warri 56 mins ago 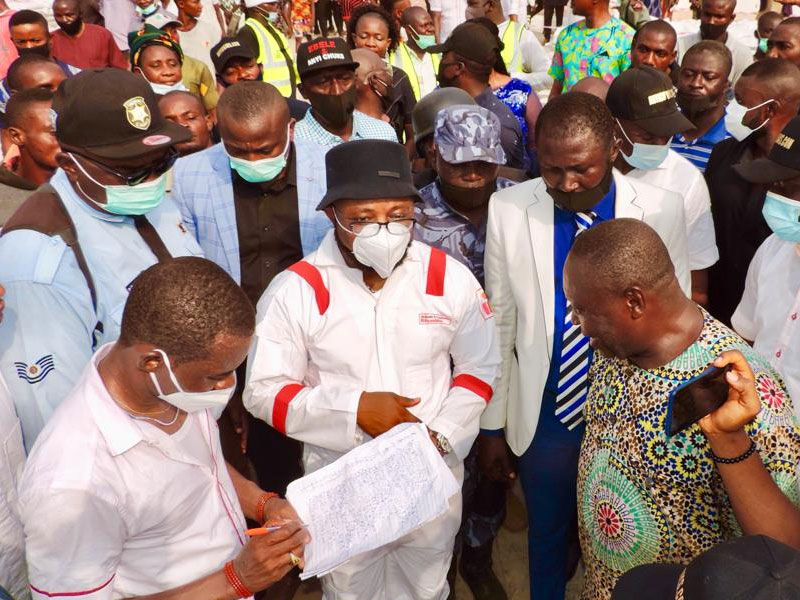 The Ebele and Anyi Chuks Foundation, a non-governmental organisation in Nigeria, reassured its commitment to spread love and put smiles on the faces of people during the yuletide season.

Dr. Ifeanyichukwu Odii, founder of the foundation made the disclosure at Isu, his hometown while distributing food items, cash among others to the people of the area to celebrate the Christmas and New Year.

According to Dr. Odii, “The foundation has been assisting the needy and empowering people for over 15 years and was motivated by God’s selflessness in sacrificing his only son to save mankind.”

“We have built 77 houses for indigent persons, six churches to assist in propagating God’s word and a palace for the traditional ruler in Ebonyi state.”

“I have added another 23 houses to the 77 houses we built, making it a total of 100 houses. These houses would soon be handed over to the beneficiaries before the end of 2021,” he said.

Speaking on the quality of the houses, Dr. Odii mentioned that these houses were built with the same quality he used in building his personal house as the beneficiaries deserve nothing less.

When asked if the foundation’s benevolent gestures were fueled by political aspirations, here is what Dr. Odii had to say; “Everyone cannot be in the forefront of politics and there would be people who would operate at the home front to organise things. As a foundation, our outreaches do not have any political undertone”

“We pray for God’s continuous guidance and capacity to impact positively on the society” he added.
Dr. Odii also disclosed that, the foundation’s activities extend beyond the frontiers of Ebonyi and Nigeria as it has supported people with empowerment packages, scholarships among others.

We constructed over 2.2km of asphalted road with drainages in Magodo Estate Lagos, while distributing COVID-19 palliatives to people in 11 states across the country,” he said.

Mr Christian Onu, the foundation’s Coordinator in Ebonyi said that its staff were motivated by the zeal shown by the founder and his wife Ebele, to assist humanity.

“We are presently distributing over 15, 000 bags of rice, over 2000 bales of wrappers, cash running into millions of naira and also empowering youths to be self- dependent during this exercise,” he said.

e said that the foundation strictly observed COVID-19 protocols: use of face masks, hand washing and use of sanitisers during the distribution while restricting the number of attendees.

Sen. Amah Nnachi (PDP-Ebonyi South) commended the foundation for its philanthropy to people in his senatorial zone, and reaffirmed that its gestures do not have political undertones.

“Dr Odii has done the senatorial zone proud and his actions should be emulated by all especially those involved in politics,” he said.

Mrs. Vivian Nwaje, one of the beneficiaries thanked the foundation for the gesture and prayed that God gives it the enablement to sustain good works.

The various outreaches sponsored by the Ebele and Anyichuks Foundation are aligned with six (6) of the United Nations sustainable development goals; zero hunger, no poverty, sustainable cities and communities, reduced inequality, quality education as well as good health and well-being.