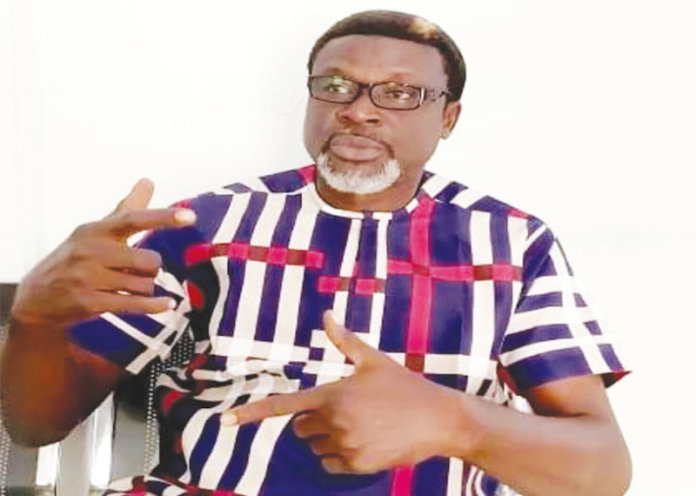 Sylvester Idowu interacts with Chief Sunny Onuesoke, a Public Affairs Analyst and a former governorship aspirant on the platform of Peoples Democratic Party in Delta State on recent developments in the country

How will you react to a recent statement credited to the leader of the Northern Elders Forum (NEF), Professor Ango Abdullahi that the North is ready for restructuring?

The statement by Prof. Ango Abdullahi is a brave and a welcome development. Every right thinking Nigerian would agree to the simple fact that the current political, social and economic structure has failed us and can no longer sustain our current political cleavages, hence his coming out to say the north is ready for restructuring is such a brave statement and welcome development, especially given his position as the leader of the Northern Elders Forum.

The debate about restructuring is a stark reality staring us in the face and trying to shift discussion from it is like postponing the evil day judging from the current social-economic uncertainty which has befallen our nation today. The reality on ground today should be a serious cause for concern to every patriotic Nigerian, hence the continuous clamour for restructuring from every corner of the country. This has gone beyond just one tribe or region. It has become a national agitation because a restructured Nigeria would mean a paradigm shift where every state, zone or region would be able to look inward and explore its competitive advantage with a view to developing a virile, stable and self-sustaining social economic framework for the betterment of their people.

The burning issue on the lips of Nigerians bothers on insecurity across the country and President Muhammadu Buhari failed to use the platform of NASS invitation to address the nation on efforts he is making to tackle the challenge. Your reaction to this, please?

If indeed the National Assembly lacks the constitutional power to summon the president as interpreted by Justice Minister Malami, that means Nigeria is not practicing a democratic system of government which brought both the President and other elected office holders to office.

I strongly believe that by his statement, Malami is telling Nigerians that the government they learnt in secondary school about checks and balances in a democratic state like Nigeria is fake and scam. Malami should tell Nigerians what provision or section of the Constitution bars the National Assembly from inviting a president, or direct us to a ruling of the Supreme Court preventing a president from honouring the invitation of the legislative arm of government.

Anyway, Buhari initially accepted the invitation while the Speaker of the House of Representatives and other Aso Rock aides confirmed his appearance. Can we say the President is ignorant while Gbajabiamila is a liar? Are both political leaders not versed in the workings of a democracy? Malami is surely taking Nigerians for fools.

It is not that anything good can come out from the appearance of Buhari at the National Assembly. However, not honouring the call of the legislators, especially after giving an undertaking to the Speaker, should be a good ground to commence impeachment proceedings against the president for disobedience, disrespectful and dishonourable conduct unbecoming of the President.

How will you react to the controversial payment of N5billion by CBN to Zamfara for gold mined in the state?

Let me say emphatically that the transaction between CBN and Zamfara State Government suggests that the Nigerian Minerals and Mining Act 2007, which was passed into law on March 16, 2007, to repeal the Minerals and Mining Act, no 34 of 1999, applies only to the Niger Delta. I am saying this because Zamfara gold was mined by illegal miners, whose trade has now been legitimized, while illegal refiners in the Niger Delta are hunted.

It is a cheating that while the Niger Delta has continued to shoulder the huge burden of the Nigerian state by sharing the wealth of the region with every part of the country, the North has continued to enjoy its huge solid mineral deposits alone. Honestly, I am at a loss as to why the Niger Delta oil should be for all Nigerians, while Zamfara gold is for Zamfara State alone. Gold, diamond and other precious stones found in large quantities in the north are owned, enjoyed and utilized by northerners. Oil and Gas fields ancestral to Niger Deltans are shared by all Nigerians. How long are we going to sustain this corrupt and unjust system?

How do you want this controversial issue addressed?

To resolve the issue, the Federal Government should allow those in the Niger Delta Region and other parts of the country to mine and sell their natural resources themselves as Zamfara state government did with CBN and this can only be achieved by restructuring the country into six geopolitical structures with autonomous powers to manage their lives, affairs, resources, security and governance.

My thought is that If the oil in Edo, Delta, Rivers and the rest were originally found in Zamfara, Kano, Gombe and the rest of northern states, I am afraid by this time there won’t be anything like Nigeria.
It is a cheating that while the Niger Delta has continued to shoulder the huge burden of the Nigerian State by sharing the wealth of the region with every part of the country, the North has continued to enjoy its huge solid mineral deposits alone.