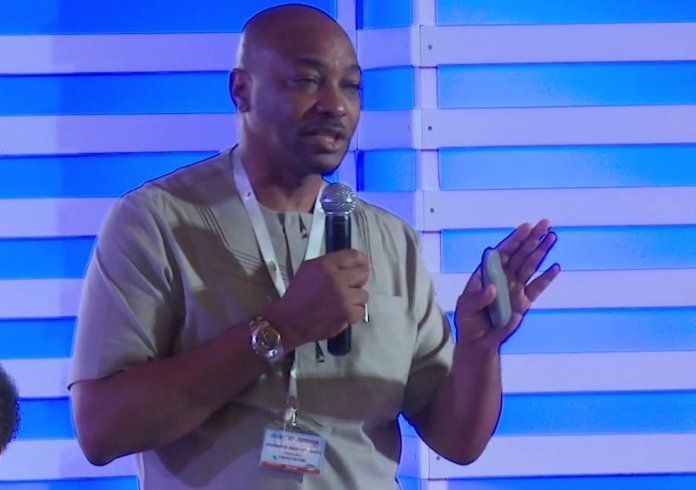 An Advisory Workgroup made up of representatives of the communication team of the presidency, the National Information Technology Development Agency (NITDA), the Institute of Software Practitioners of Nigeria (ISPON), among other technology experts, has come up with a report, canvassing for policy roadmap for effective social media management in Nigeria.

The Advisory Workgroup, chaired by the President of ISPON, Mr. Chinenye Mba-Uzoukwu, was created to consider and recommend an approach to explore how to harness the benefits of social media in Nigeria while mitigating its potential misuse.
The federal government had suggested the regulation of social media activities in the country, but Nigerians had kicked against it, insisting it will stifle technology growth and put Nigeria in a disadvantage position, at at a time when the globe is pushing for digital transformation.

The group had a two-day forum where it discussed a clear understanding of the issues of social media usage as well as how to articulate a possible high-level roadmap for policy development.
The report of the forum, which was released recently, would serve as documentation of progress made to date in phase one of the planned multi-stage programme.

Giving insight into the report, Mba-Uzoukwu said “the emergence of social media platforms dates back to 15 years ago, yet the phenomenon has exploded in a constantly expanding universe of content and platforms that has completely changed the media landscape in terms of ecosystem roles, players, and relationships.”

The group, in its report, noted that there was a need to better understand the disposition of Nigeria’s youth as a special demographic with respect to the social media space which forms the context for much of their economic and social existence. The Workgroup observed that youth want an openness and access to engagement with the world and global platforms.

According to the report, “Social Media presents this opportunity and opens the vista for them to engage. When opportunities are restricted or perceived to be restricted, there is usually a push back from the youth as observed regarding the various engagements of social media related bills that have been put forward on the floor of National Assembly.

“The young people recognise the fragility of the Nigerian state but ascribe it to the mindset and actions of older generations. The evidence of a recent Twitter poll indicates that they generally support a policy that would distill social media platforms for the use of everyone and for the sake of national interest and unity.”

The Workgroup was of the view that there was an immediate opportunity for a refresh in the present strategy of government for engaging the Nigeria social media community in the shared work of nation-building. It noted that Nigeria’s youth are already demonstrating to the world their capacity to leverage internet and social media technologies and platforms for jobs, wealth creation and social good under the Digital Economy agenda that government is actively driving.

The group identified the need to curb fake news as an urgent and critical responsibility of government and the citizenry.
The group therefore proposed a poll on social media engagement with government, to be handled by the Advocacy Workgroups. It also proposed a workshop on fact-checking to support the dissemination of authentic and verified news on social media platforms and reduce fake news to a bare minimum, as well as an approach to enlightenment for citizens on consequences of cybercrime and publishing of fake news.

According to Mba-Uzoukwu, “The report represents a basis for a progressive approach to better understand the internet and social media technologies in Nigeria. The recommendations from the initial meeting of the Advisory Workgroup, will inform the policy roadmap for a national strategy on leveraging social media for nation-building and socio-economic development.”

Drawing on the experience of other countries that are working through similar challenges, the process and pace of developing a policy roadmap that would align internet and social media technologies to Nigeria’s aspirations for a strong, resilient, and progressive economy and society will be enhanced by creating a safe space for the youths to thrive on social media while being active participants in promoting Nigeria as a nation, the Workgroup said.