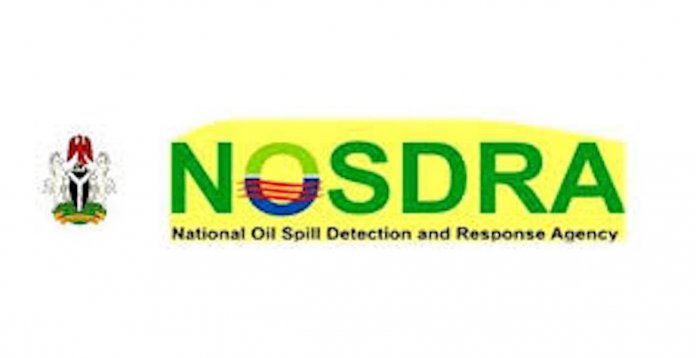 Nigeria has once more missed the target it voluntary set to end gas flaring in 2020, THISDAY’s investigation has revealed.
The development also coincides with data obtained from the country’s flare tracker currently managed by the National Oil Spill Detection and Response Agency (NOSDRA), which showed that between 2012 and 2020, the country flared 1.7 billion cubic feet of gas.

In total, the NOSDRA data explained that the flared gas captured from eight locations – Abia, Akwa Ibom, Anambra, Bayelsa, Delta, Edo, Lagos and Rivers– were valued at $6 billion. It added that if the country fined oil companies who flared the gas, it would have earned $3.4 billion as well.

NOSDRA stated that at the end of 2020, a total of 318 million standard feet (mmscf) of gas was flared in Nigeria.
It explained from the data, 17 million tonnes of carbon monoxide (CO2) were emitted into the atmosphere contributing to global warming, gas valued at $1.12 billion burnt by the oil industry and an equivalent of $637 million worth of fine, most of which are not collected recorded.

Several laws had been enacted by the country in the past to curtail gas flaring.
It had created the Associated Gas Reinjection Act in 1979 to re-inject all gas produced in association with oil production but utilised and further revoked licences of defaulters in fields where gas is flared.
The country also created the Nigeria Gas Masterplan in 2008 to end gas flaring in the same year through improved domestic consumption of gas.

In 2016, the country launched the Nigerian Gas Flare Commercialisation Programme (NGFCP) to monetise flared gas and end routine flaring.
At the launch of the NGFCP, the federal government had noted that “our strategy is to provide a commercial approach to the elimination of routine gas flares by 2020.”

It had also stated that it would through the NGFCP, “drive positive social, environmental and economic impacts in the Niger Delta, by mobilising private sector capital towards gas flare capture projects.”
Adopting a phased implementation strategy for the NGFCP, the government identified over 170 flare sites, which collectively flare approximately 330bscf of gas annually to monetise.

It stated that “if harnessed, this Associated Gas (AG) could provide approximately 450,000 metric tonnes of liquefied petroleum gas (LPG) to over four million Nigerian households.

“With an investment of approximately $3.5 billion, the NGFCP could generate approximately 2.5 gigawatts (GW) (2500 megawatts) of power and create approximately 300,000 direct and indirect jobs, whilst also having a positive impact on the environment by eliminating approximately 20 million tonnes of CO2 emissions per year and providing clean energy to six million households.

“The NGFCP will reduce the risk of sabotage to facilities in the Niger Delta region, by improving the quality of life and standards of living in the area and involving the local communities with the gas utilisation projects.”
It also listed the NGFCP as part of its national intended programme in its obligation to the Paris Climate Change Pact but has so far largely delayed its implementation of the NGFCP.

The Programme Manager for NGFCP, Justice Derefaka, had told THISDAY that the government was committed to ending gas flare in 2020.
“I have said this severally and I will repeat again. The policy position of the federal government of Nigeria is that gas flaring is unacceptable, and the government has initiated a number of actions to reaffirm its commitment to ending the practice of gas flaring in our oil fields.

“Specifically, the government has ratified the Paris Climate Change Agreement and is a signatory to the Global Gas Flaring Partnership (GGFR) principles for global flare-out by 2030 whilst committing to a national flare-out target by the year 2020,” Derefaka had explained then while relying on the planned implementation of the NGFCP.