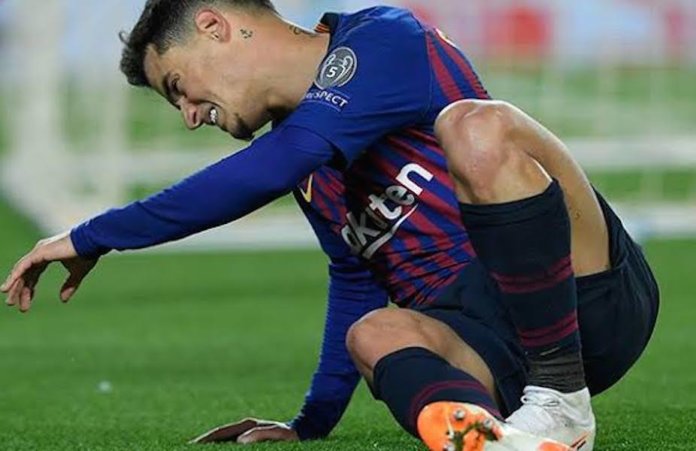 Barcelona have confirmed that Philippe Coutinho will have to undergo surgery after suffering a lateral meniscus injury, with the knock potentially leaving him sidelined for as long as four months.

The 28-year-old suffered the blow during La Blaugrana’s 1-1 draw with Eibar on Tuesday evening, and had to be helped from the pitch by medical staff as he headed down the tunnel.

Barcelona have since provided an update on the injury on their website.

“The tests carried out on the first team player Philippe Coutinho have shown that the midfielder has an injury to the lateral meniscus in his left knee. Treatment will necessitate arthroscopic surgery which will take place in the coming days,” it read.

As reported by AS, the club immediately expected the worse after the injury and their initial prognosis has proved to be correct.

Prior to the full extent of the damage becoming clear, there was some hope that he had only partially torn the meniscus, which would have allowed Coutinho to avoid surgery and nurse his knee back to full health. However, it is now certain that he will be out for some time with rehab likely to take as long as four months.

News of his absence is another blow to manager Ronald Koeman, who is still trying to figure out a way of getting the best out of his Barça side.

In the latest of a long line of setbacks, his side were held to a 1-1 draw with Eibar in La Liga as Lionel Messi watched on from the sidelines; a result that leaves them in sixth place, trailing leaders Atletico Madrid by seven points.

As for Coutinho, his contributions have been meek, but he’s at least been involved again after previously being shipped out on loan to Bayern Munich. He’s made 14 appearances this season with five goal involvements, though this latest injury is a further blow to what has been an underwhelming spell since he signed for Barcelona for close to £150m back in 2018.