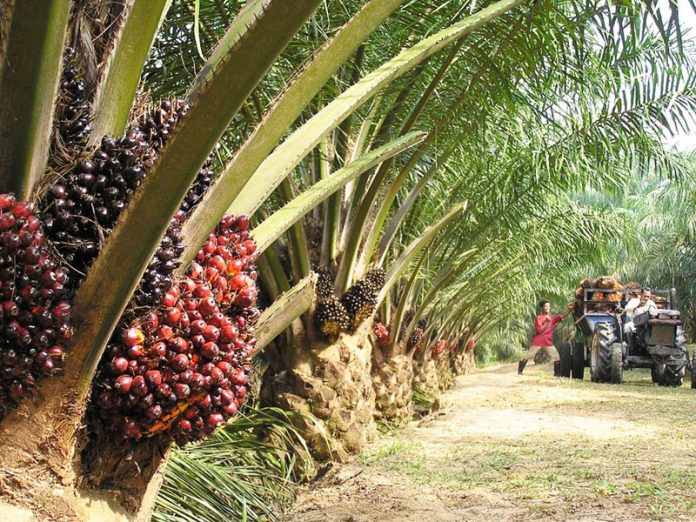 Oil palm used to be the mainstay of the economy of the then Eastern Region which has now been split into nine states. The giant strides attained by the old Eastern Region government under Dr Nnamdi Azikiwe and Dr Michael Okpara were mostly financed from that resource. It is on record that palm oil played a significant role in drawing the attention of the international community to Eastern Region as one of the fastest growing economies in the world pre-civil war.

Over the years, two issues impacted negatively on the cultivation of the crop resulting in not-too-enthusiastic indulgence in it as a revenue venture. It became more or less a crop cultivated for self-sustenance. The civil war destroyed most of the plantations. What was left lost its attraction with the discovery of hydrocarbon in commercial quantity in the zone that used to be the home base of the perennial crop. Ever since, its relevance in the economic activity of the country has been greatly down played to the extent that a country that used to be a net exporter of this produce is now a net importer even for domestic use.

The civil war apart, oil palm cultivation suffered the same fate like most other agricultural practices.

The same neglect that almost destroyed the rice, cotton, maize and other crops also affected oil palm. Nobody was interested in going to farm when there is easy money from petroleum.

The little quantity of palm oil that is produced in the country is playing its role no matter how small in the economic diversification agenda of the Governor of Central bank of Nigeria (CBN), Mr Godwin Emefiele, using the Anchor Borrowers’ Programme (ABP). Experts point out that the price of a barrel of palm oil competes very favourably with the price of a barrel of crude oil. Regardless, there seem to be a deliberate lack of interest in harnessing this cash crop which, like crude oil, when cracked, can yield a lot of derivatives that can be harnessed to improve revenue earnings from that sector.

It is in realisation of the bounteous potentials of this crop that Mr Emefiele and the CBN are reworking the framework on lending to tree crops with emphasis on oil palm. This much was confirmed by a spokesperson of the National Palm Producers Association of Nigeria (NPPAN), Mr Alphonsus Inyang, who also said that it takes up to three years to produce a viable palm tree.

This may seem a long term investment but when it starts to yield, it can last for up to 40 years. How many petrol stations can last for 40 years? The few that do will have to be rebuilt, reconstructed and rehabilitated on a regular basis for them to remain in business. This ought to be enough attraction for high networth investors to think of investing heavily in the sector. But is it? The average Nigerian investor is impatient. Gestation period means little or nothing to them. The emphasis is on fast income yielding businesses, buying and selling, contracts, oil and gas. The average Nigerian businessman is averse to risk- taking. For them, agriculture is susceptible to the elements and natural disasters do occur most times. But disaster also do occur elsewhere too.

That may explain why the CBN is stepping in to galvanise investment attraction in that direction. The apex bank is set to reassure and encourage investors that agriculture, including oil palm production, is the way to go. The future may very well depend on it. Presently, NPPAN members are largely small holder farmers who produce 80 percent of the total volume of palm oil in Nigeria while the big players produce the balance of 20 percent. For the sector to grow on a sustained basis, big investors in the public and private sectors must step in and step up.

Currently, the total number of hectares of plantations in Nigeria is under 700,000 while Indonesia leads the pack with 12 million hectares followed by Malaysia with eight million hectares. The curious aspect of this narrative is that these two countries picked their first seedlings from Nigeria. Now, and sadly too, the country is importing palm oil and its derivatives from these Asians countries. Nigeria is number five in the world with 1.5 percent of the world production which is just over one million metric tons per annum. That narrative is about to change as the CBN is set to replicate the revolution in rice and maize production also in the palm oil sector.

The major reason for the low production is the ageing plantations and the lack of investments from private players and governments at all levels in the crop. The oil palm sector has created over five million jobs across the different layers of the value chain and the association plans to collaborate with other interest groups to develop 250,000 new hectares of plantations across the country per annum from 2021 wet season in order to conserve foreign exchange wasted in importing the produce.

Agriculture of which the oil palm sector is a key crop holds the future in the economic diversification policy driven by the CBN. Its prosperity potential for Nigeria can be gleaned from this breakdown of how it can hold its own in the country as a high revenue-yielding crop that can also make its own contribution to the nation’s Gross Domestic Product (GDP).

It is a fact that one oil palm tree generates N1 million in 40 years and there are 143 of them in one hectare which translates to N143 million per hectare per lifespan. If there are one million hectares which the association claims it has the capacity to do within two years given all the necessary support, it will be N143 million multiplied by one million hectares. Do the math yourself and see what the nation is denying itself.

It is on record that oil palm is the most prolific seed oil in the world producing 20 times more than soybeans per hectare. One hectare is primed to generate up to N3 million profit per year after three years of planting.

It is, therefore, encouraging that 24 states which have comparative advantage in the production of oil are making moves to pick up the gauntlet. It is expected that if each of them can make available 100,000 hectares per year for plantation development, Nigeria can announce her arrival in the sector.

NPPAN is upbeat about what it is capable of doing to restore the glory of this sector and make it as important as hydrocarbon if not more by virtue of the fact that it is a renewable resource. There is no denying the fact that oil palm industry is any investor’s dream. They don’t need a nudge to notice that the oil palm sector is a high-yielding virgin sector with a lot of potentials and waiting to be exploited.

On the part of the association, I commend their effort so far to keep the sector healthy and rearing to go. All that is required is for investors from both public and private sectors to take advantage of this opportunity that beckons. I also commend ongoing moves by the CBN to attract investments in the sector. It is something worth doing.

The Bank must remind the governments that universities, hospitals, roads, schools were built and scholarships awarded with proceeds from palm oil. CBN must drum it into the ears of state governors that agriculture is the most effective way of actualising their plans of an enhanced and reliable internal revenue profile. They must be made to understand that the regions, with agriculture, were self-reliant enough not to bother about federal allocation. With sustained policy thrust, determination and strength of purpose, it can be done again.

Kabir is a public affairs analyst