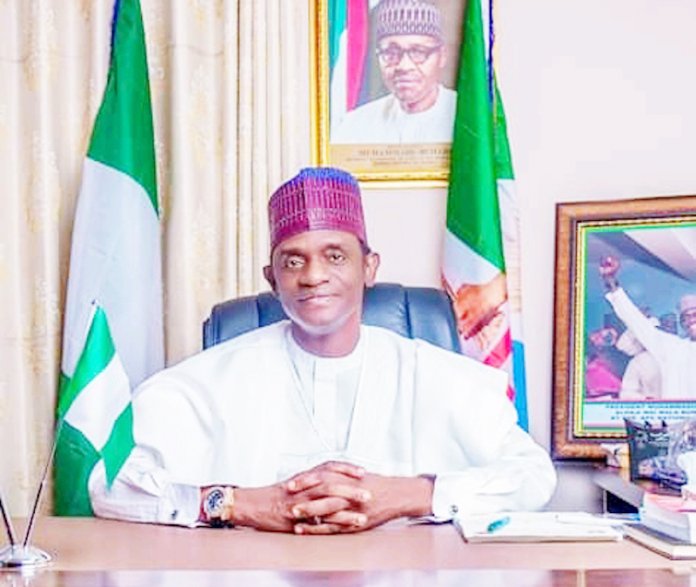 The governor made this call in a statement yesterday while commiserating with victims of a fire outbreak that occurred at Potiskum Market.

The fire had broken up in the early hours of yesterday, razing six traditional medicine shops.

The governor in a statement, said he received the news of the incident with sadness, while directing the State Emergency Management Agency (SEMA) to provide the victims with all necessary support and to take stock of damages caused by the inferno.

He also directed the state’s Fire Service to be proactive, especially in the current harmattan season.

He said, “I wish to express my deep sympathy to victims who lost their valuables to the Potiskum Market inferno.

“The state ministry of Information, SEMA and the Fire service should intensify campaigns against bush burning and other causes of fire outbreaks.

He said, “the harmattan season is always identified with cases of fire outbreaks; our people should therefore be enlightened on what to do to guard against fire outbreaks.”

The governor also directed traditional institutions in the state to engage people on proactive measures against fire incidents.

Meanwhile, the President of the Senate, Ahmad Lawan, has commiserated with victims of the fire incident.

Lawan expressed sadness over the incident that left many shops razed and some people injured.

The Senate President prayed for the quick recovery of the injured persons and called for public support for those whose means of livelihood have been wiped out by the fire disaster.

Lawan commiserated with the government and the entire people of Yobe State over the incident and called on the state authorities to investigate the cause of the fire outbreak with a view to averting the recurrence of the disaster.