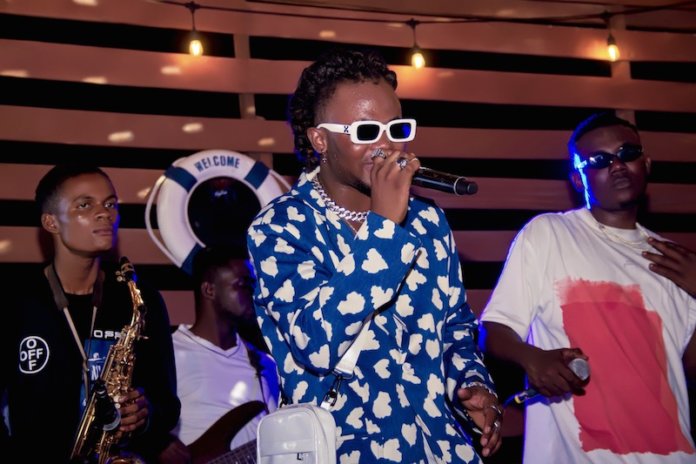 The event had special guests like Vector The Viper, top media personalities, music business professionals, pop culture influencers and fans, some of whom flew in from different parts of the country in attendance.

Kaptain, whose real name is Etuk Favour Monday is a young music act whose style of music is a fusion of Rap and Afrobeats. With ‘Love Ship’ which consists of two tracks, Kaptain is continuing this rise to mainstream popularity. The EP is a follow up to the acclaimed successful KAPACITY EP released in March, as Kaptain aims to close 2020 on a high note. Both songs are produced by Mikaba and Wonder Beatz respectively.

Reaching over eight million streams across digital platforms with ‘KAPACITY’, Kaptain has also been spotted in different locations across the country performing back to back shows for his teeming fans.

The ‘Love Ship’ is now available for streaming across all distribution platforms.