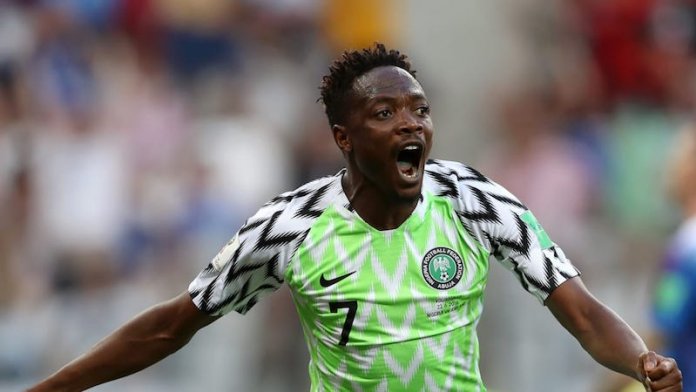 Super Eagles Captain Ahmed Musa, 28, has turned down a chance to play in the Major League Soccer (MLS) in the USA because he believes he can still pull his weight in Europe.

SCORENigeria reports that Ahmed Musa has been bombarded by offers from across the world because of his profile.

One of such offers was from the MLS, but he rejected it, saying he would rather play in Europe.

“The MLS offer was good, but he said he would rather wait for something from Europe,” a source familiar with the transfer informed SCORENigeria

He is now only five caps from reaching a century of appearances for the Super Eagles.

Ahmed Musa has been linked with several Premier League clubs as well as Turkish giants Galatasaray.

The winger has previously played in Holland, Russia and in the Premier League in England with Leicester City.