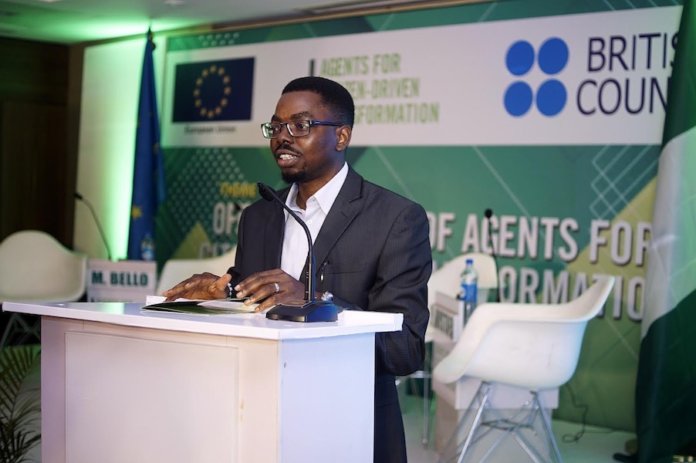 Sexual and Gender-based violence cases like rape, sexual abuse, sexual exploitation, forced early marriage, domestic violence, marital rape, trafficking, and female genital mutilation among others have undoubtedly ripped the peace of nations. Rebecca Ejifoma reports that the recently commemorated 16 days of activism by Agents for Citizens-Driven Transformation against gender-based violence was an opportunity to address these menace

For Agents for Citizens-Driven Transformation (ACT), given the dangers posed by such acts of violence, the resilience and dedication by Civil Society Organisations (CSOs) and the media in responding to gender-based violence in Nigeria during the heat of the pandemic and the lockdown should be commended.

The Communication and Media Engagement Adviser for ACT, Lauratu Abdulsalam, extended this gratitude at the Civil Society Story Telling event to mark the 16 days of gender-based violence activism 2020 funded by the European Union. It was organised for journalists and CSOs across the country to share insightful stories on sexual and gender-based violence (SGBV) initiatives.

Part of the roles the media and CSOs played, according to the adviser, was in highlighting the rate of SGBV that ripped the peace of the nations. He said these cases made headlines, editorials, and opinions across media with CSOs intervening, rescuing, and seeking justice for survivors and victims.

His reason is connected to the fact that in the face of devastating, unfair violence, individual survivors, and the pandemic, the media and CSOs pulled themselves and their organisations to focus on the issues of SGBV. In his submission, the team of partners supported their communities with the community-based solution.

Abdulsalam, who lauded the European Union and British Council for funding the ACT programme emphasised “our discussion and stories have been one of many going on around the world for this year’s International Women’s Day. And to our partners in Sokoto, Lagos, Kano and the FCT-based organisations and media partners, this has been the first, and a hugely important opportunity to spotlight and showcase what they have been doing in their respective communities”.

He continued that it is difficult to add much to the interesting discussion they have had, and the videos they have seen. “Our eyes, ears, and hearts are full of stories of bravery and hope,” harping that they are stories that will stay with them when they return to their work and to the field,” he added.

According to Abdulsalam, these stories will motivate them to take action against all forms of gender-based violence. “As we have heard during today’s story telling event, violence against women has a strongly negative impact on every sector of our economy and our family well-being. There are several reasons for this,” says the communication adviser.

While acknowledging that it is a very bleak picture, Abdulsalam said they know that change is possible, “Change is what we must fight for”, he added.

Reacting to discourse for the day, a participant, Elizabeth Omoyosho, hinted that one of the hindrances to justice for victims of GBV is usually the intervention of “elders” and well-meaning’ members of the society who uses cultural values to deny victims of justice they deserve, they also need to be part of the enlightenment.

Another participant, Nkechi Ali-Balogun was of the opinion that tradition and religion are sometimes major hindrances to getting justice.

Meanwhile, Josiah Egbilika, CEHRD, Port Harcourt said there is need for the judiciary to have a separate court for GBV cases, adding that “this will avert the delay noticed in courts across board. There is the need to have a court to try out GBV cases, there is”.

Another participant, Khadija Yahaya however, outlined that the lockdown occasioned by had consequence on many marriages. She expressed that the media played a huge role in highlighting some of the these challenges during the pandemic.

Eniola Daniel said having a ‘help line’ to contact for support is very useful for women in distress while Temple Oraeki said it was important to highlight the need for government to recognise civil society as front-liners during these emergency situations. “From the stories, It is obvious that they are the go-to in emergencies for citizens”.

These participants among others shared their distinct experiences in reporting SGBV across the country, as the ACT applauded everyone for exerting efforts even in the pandemic.