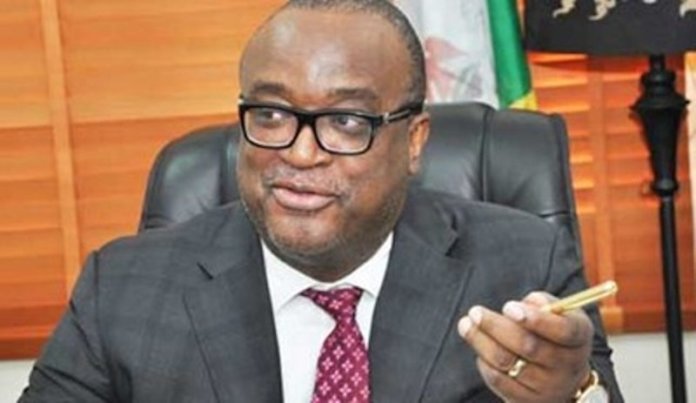 The Nigerian Bar Association (NBA) encompasses all Nigerian Lawyers, with a membership capacity in excess of 150,000 spread across 125 Branches. Leading such a large body of learned persons, has posed considerable challenges to different administrations of the NBA, over the decades. A few past Presidents of the Association, had impressively tried to fill that leadership gap with palpable chains of tangible achievements. Onikepo Braithwaite and Jude Igbanoi had a chat with Mr. Augustine Alegeh, SAN, who credibly led the NBA from 2014 – 2016. He spoke his mind, on several professional and national issues

Your tenure as NBA President ushered in quite a lot of positive developments, including delivery of a new National Secretariat, Stamp and Seal, Life Insurance Scheme for all Nigerian Lawyers and more. Since you left office, what is your assessment of these laudable programmes? We understand that the courts have declared stamp and seal irrelevant, and not compulsory. Some say the stamp and seal did not do much in terms of identifying fake Lawyers which was supposedly one of the reasons for the implementation of it in the first place, and that all it did was line the NBA’s pockets. Kindly, comment on this.

The NBA is a dynamic and collaborative Association, and all the developments are building blocks of successive administrations. We must give each administration credit, for their part and respective roles in developing the Association.

On the NBA stamp and seal I am aware that the Supreme Court upheld its validity in the Sarkin Yaki case [Yaki & Anor v Bagudu & Ors. (2015) 18 NWLR (Pt. 1491)] and this position was followed by the Court of Appeal in Adewale & Anor v Adeola & Ors (2015) LPELR-25972, as well as in other cases, so it would be incorrect to say a lower Court has overruled the Supreme Court. I believe the handling of the Stamp and seal process, subsequently created a situation where Lawyers who had paid were not provided with their stamp and seal, and the Courts could not fold their arms and shut out the Lawyers from appearing for their clients, when they had proof of payment for the stamp and seal.

The Stamp and seal process, put majority of fake Lawyers out of business. Some were even prosecuted.

On the price of the Stamp and seal which was fixed by NBA NEC at its meeting in Uyo, Akwa-Ibom State in November, 2014, same has not been increased, despite the wild increase in the dollar rate. The stamp is being produced in Europe, and paid for in foreign exchange. Additionally, the cost of delivery of the stamps and seals to branches, makes it impossible for NBA National to “line its Pockets”. It is a totally erroneous impression, that the NBA makes profit from the Stamp and seal project.

We must all appreciate that the Stamp and seal project is for the collective benefit of all Lawyers, and we must all support the project. Given current technological advancement, we should now be working towards having an electronic seal for use online, for all our legal work.

The Federal and State Judiciaries are following the lead of the NBA, and introducing their own unique stamps and seals to shore up documentation authenticity.

Some have said that the activism of the NBA during the Alao Aka Bashorun days, are long gone. Are you a member of the school of thought that believes that the NBA may have lost some of its focus, even to the point of seeking Government patronage, and is in urgent need of repositioning? How would you say the new NBA Executive is faring so far, considering the fact that we are now living in times which some consider to be not too different from the military era?

We must always commend the vibrancy of the Alao Aka Bashorun leadership of the NBA, but we must realise also that we are now in a democratic regime. The NBA must be dynamic and change its tactics, with the given realities of each situation. The Association must collaborate with Government where possible, and also hold the Government to account where the Government deviates from its constitutional role. It must be a balancing act. NBA should neither be subservient to Government, nor unjustifiably confrontational. We must also embrace dialogue, as our first option in resolving any issues with the Government.

We cannot seek to amend our Constitution holistically at every turn. It will create constitutional uncertainty. I believe that a targeted and specific amendment to identified sections and parts of the Constitution, is a well desired, tried and trusted way to amend Constitutions, and that is the path we should follow in Nigeria.

What are your views on Restructuring and State Police? Do you think that it will have any positive impact on improving the country?

The issue of State Police has been a hot topic for a long time now. The issue has not gone away, and we now how several State and Regional contraptions that do some sort of Policing. The reason for this is that, there appears to be a shortfall in policing personnel to confront the security challenges at all levels. The most important matter that needs to be addressed now, should be the mode of operation of these security outfits and their relationship with the Nigeria Police Force, to ensure collaboration for effective security which would be in the best interest of all Nigerians.

If you were given the opportunity to reform the Judiciary, what would be the first three steps you would take?

That the judiciary requires reform, appears to be a given. Personally, it is my firm belief that the first step for an effective judicial reform programme, is to increase the funding of the judiciary. There is a total infrastructural decay, insufficient funding for training and welfare, and total lack of readily available technology to help our judiciary fulfil its role as a modern and efficient judiciary.

Secondly, we need to amend a large portion of the procedural rules currently applicable in the judiciary, as they have become more of a burden to speedy dispensation of Justice. For example, why does a Motion not opposed by the other Party have to go before a Judge? In other jurisdictions, the Parties can agree on the Motion and once the consent is seen by the Judge, the Motion is taken as granted without a formal hearing in the Court.

Thirdly, we need to constantly review the criteria for Judicial appointments at all levels, to ensure that only the best are appointed. I must state that, there has been a remarkable improvement in this regard, but our country will be best served if we keep improving on the system.

There has been an outcry in some quarters about the number of Senior Advocates conferred this year – 72. What is the reason for the outcry? Is it justified?

The number may appear large to some persons, but it is not suggested that unqualified persons were appointed. We need to always appreciate that the rank of Senior Advocate of Nigeria remains a privilege, and it is the Legal Practitioners Privileges Committee [LPPC] that makes the final decision. The Committee, in its wisdom, has made the determination of 72 distinguished Legal Practitioners this year, and we must respect their decision.

I seize this opportunity to congratulate the newly sworn-in Senior Advocates of Nigeria and urge them to take with all seriousness, the responsibilities associated with the rank of Senior Advocate of Nigeria.

What are the implications of the emergence of Joe Biden as US President on the African political landscape. Positive?

The election of Joe Biden, President-Elect of the United States of America, would naturally result in some Foreign Policy shift by the United States Government, and Africa can only hope and pray that such a shift is beneficial and favourable to her.

The indications so far from the appointments that have been announced seem to indicate that the Biden Administration would be Africa friendly, but it is safe to maintain a wait and see attitude at least for now.