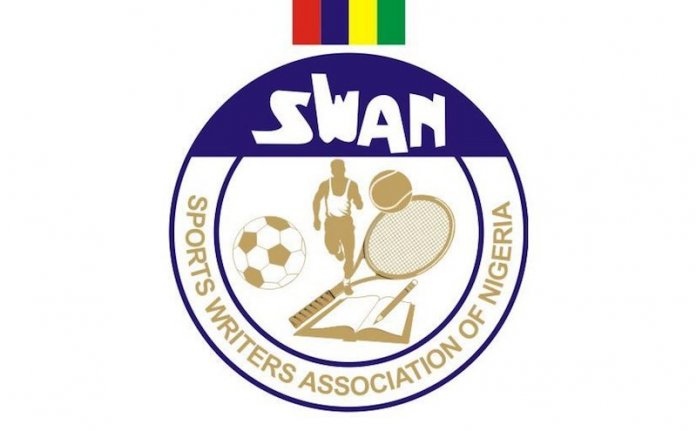 The nation’s sports writer’s body, SWAN has faulted the early January date for the 20th National Sports Festivals scheduled to hold from January 3 through January 17 in Benin City, Edo State.

SWAN in a communique issued after its expanded National Executive Council meeting in Abuja at the weekend, urged the federal sports ministry, Edo State government and the Presidential Task Force on Covid 19 to harmonize and come up with a suitable date for the Nigerian ‘Olympic’.

Edo State government had last week dissolved all sub-committees set up to manage the festival as it disagreed with the PTF on Covid-19 on the early January date it scheduled for the games moved from the original date of March this year due to the outbreak of the pandemic.

The National Executive Committee of the body also listed five key areas for the utilization of the FIFA Relief Fund given to SWAN through the Nigeria Football Federation (NFF).

The SWAN NEC also approved that the National Secretariat utilize the land given to it, in the Federal Capital Territory (FCT) to build a permanent secretariat for the Association.

SWAN NEC directed amongst others that it’s states chapters should hold fresh elections on or before March 31, 2021 where the tenure of the Executive Committees have expired.

The NEC applauded the collaborative initiative of its North West, with the British Council to enable members acquire diploma and post graduate diploma in journalism and urges the National Secretariat to adopt the model as part of its capacity building programmes for members.

According to the communique, following appeals from respected Nigerians and critical stakeholders, NEC extends a hand of fellowship to sports journalists who are yet to register with the body to return to SWAN register through the national platform provided for such.

The SWAN NEC honoured veteran sports journalists Bisi Lawrence(BizLaw), Muyiwa Daniel, Henrietta Ukigweand others who passed on recently with the observance of one minute silence in their memories.