After two days of fierce competition on the grandest runway in Africa, ARISE Fashion Week, Kenneth Ize has emerged winner of the 30 Under 30 competition.

The emotional winner found himself grasping for words as Naomi Campbell announced him winner of the event that kicked off on Thursday, December 10.

Known for his use of hand-woven West African textiles and vibrant colours, Ize’s collection boasts colorful striped jackets, tailored suits worn over tights as well as a knitted hat. With the win, the 30-year-old designer continues to expand his growing fame. He was LVMH Prize 2019 finalist.

The finale brought to a close the 2020 Arise Fashion Week which defied the odds of the pandemic and held virtually for the first time.

The theme of this year’s event was ’30 Under 30: The New Stars’ where 30 designers were selected to participate in the competition. It also featured Campbell and Alton Mason modelling for designers like Mmuso Maxwell, Bloke, Tzar Studios, Lagos Space Programme and Colrs

“We need a breath of fresh air. We need younger people to get into this space, and be given the accreditation they certainly deserve,” noted Ruth Osime, co-producer of ARISE Fashion Week.

She added that the monetary reward is a way of supporting young fashion entrepreneurs.

“We’re looking forward to launching a brand new designer that will also be making waves internationally,” said Osime. “It’s not just enough for us to be known only in Nigeria. One of the ways to be successful is to spread your tentacles across the world.”

Saturday night’s event marked the end of what could be best described as a celebration of African creativity and culture. For the two days, the live shows were held, young designers pushed the boundaries of creativity, showcasing layers of innovation deeply rooted in African tradition.

Central Bank of Nigeria Governor, Mr. Godwin Emefiele, who graced the occasion acknowledged the potential of the Nigerian fashion industry during his speech.

Emefiele reiterated the commitment of the apex bank and the Bankers Committee to growing the fashion industry, stating that “We are fully aware that the fashion industry in Nigeria can provide a positive and beneficial growth path for young Nigerians who seek to utilise their talents in creating products and services that offer value at home. And indeed, abroad. We will continue to ensure that these skills are harnessed to support the growth of the Nigerian economy, and also support the growth, the businesses of the Nigerian youth entrepreneurs.”

Usually held in the early part of the year, this year’s event was rescheduled to December. It was held virtually and broadcast on www.ariseplay.com and ARISE NEWS Channel on DStv.

The fashion event saw 30 young designers display creativity and ingenuity on the runway. They were selected from a pool of 150 designers who vied for a spot on the show.

They were hosted to a sumptuous dinner on the first day of the event as well as given a participation fee of $5,000.

Mmuso Maxwell, Bloke and Colrs had international model Alton Mason and renowned supermodel Naomi Campbell catwalk for them on the runway.

The final day saw 10 designers showcase their designs. After their shows, the top eight designers were selected. The number was further whittled to the last three where Ize emerged the winner.

They were judged by high-profiled fashion critics and designers, including fashion designers Mai Atafo and Folake Coker; luxury retailer Abisola Kola-Daisi; and Fashion Director of GQ Style magazine, Mobolaji Dawodu; among others.

Their designs were evaluated based on their creativity, quality of design and styling.

Since its relaunch in 2018, ARISE Fashion Week continues to raise the ante and this year was no different. It attracted global attention from global industry experts like United States Artistic Director and Global Content Adviser of Conde Nast, and popularly known as the Editor-in-Chief of US Vogue, Dame Anna Wintour who connected with the event virtually. In her remarks, she lauded ARISE Fashion Event stating that the fashion world needs to start paying attention to new and emerging designers.

“It’s so important to put a light on new voices, particularly where those voices were not listened to before. To highlight not only new designers but photographers, videographers, stylers, art directors and models, and so many more.

Wintour further commended Arise Fashion Week for bringing young design talents from Africa and beyond to the fore, showcasing their work and allowing them the chance to receive business and development support. She also encouraged the designers to see ARISE Fashion Week as a platform to showcase their excellence, special talents to the world and to use the opportunity to “meet as many people as you possibly can be proud of who you are and what you represent. That always should come first,” she said.

One of the traits of ARISE Fashion Week is the elegant union of fashion and music and music on the runway. Music stars who serenaded the models, judges and designers include Asa, Wizkid, WurlD and The Cavemen. 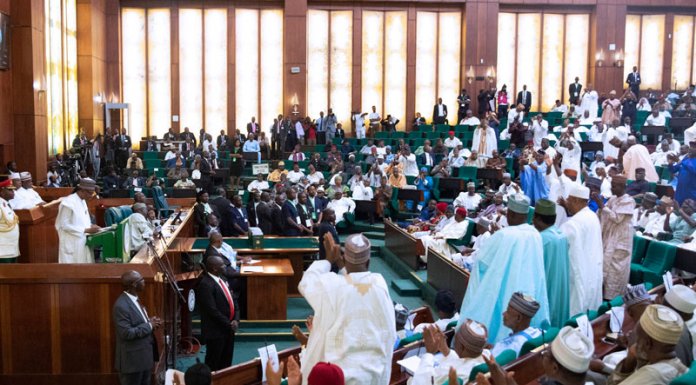 Lawmaker Backs Osinbajo for Presidency in 2023