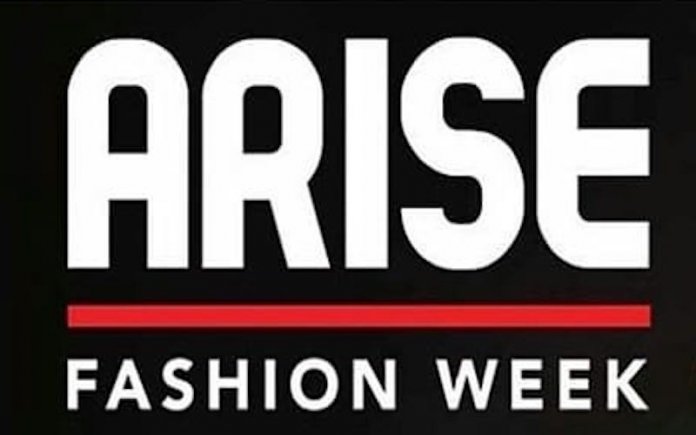 After being hosted to a glamorous dinner last night at Eko Hotels and Suites, 20 designers out of the 30 selected will walk the ARISE Fashion Week runway today. The designers will go in four batches, each set consisting of five designers.
Also lined up are music stars that will perform alongside the fashion catwalk.

The electro-fusion singer WurlD will open the show, performing for the first set of designers. For the second set, multi-talented artist and fashion designer Wavy the Creator will take the stage. Since his emergence on the creative scene three years ago, the artist has been on a meteoric rise.
Highlife crooners The Cavemen will accompany the third set. The Lagos-based musical group is made up of two brothers, Kingsley and Benjamin Okorie, who are bent on reintroducing Highlife to a new generation.

Saving the best for last, foremost musician Wizkid will perform to bring the show to an end.
Usually held early in the year, the 2020 fashion event is hosted virtually due to the ongoing pandemic that is still upending travels and social gatherings. Also, this year marks the first time the award is solely focusing on young and emerging designers. Themed ’30 Under 30:The New Stars,’ 30 young designers were selected from a pool of 150 to compete in the show, making it the first time a monetary reward is attached to the grand fashion event.

According to Co-producer Ruth Osime, the seed money provided to the designers is a way of supporting young designers who face pecuniary challenges when setting shop.
Echoing similar sentiments, renowned supermodel Naomi
The event will be live-streamed on Arise Play and Arise TV/THISDAY platforms.

Meanwhile, at age 50, international supermodel Naomi Campbell who is currently in the country for the ARISE Fashion Week has one ambition: to see the fashion world embrace African designers.
“I want to see the fashion world embrace African designers and all these young designers from emerging markets. They need to be accepted and given a platform. Whatever I can do to help make that happen, that’s why I’m here, that’s what I’ll do,” she said in a recent interview with UK publication, The Telegraph.

This explains her unflinching support for the grandest fashion event in Africa. Since 2018, Campbell has been a regular face at ARISE Fashion Week, strutting the runway in iconic pieces by designers, including the young designer Kenneth Ize who is participating at this year’s edition.
“Kenneth has had a lot of great attention. It’s been wonderful how he’s been embraced. But we still have a lot to do in terms of getting him set up and recognised worldwide in the way designers should be.”

Her thoughts echoed the theme of 2020 stanza.
Ize and 29 other young designers from the continent have been selected to showcase their creativity on the runway while competing for cash prizes.
For the organisers, it is a way of supporting the young designers financially and giving them the exposure they need to compete favourably on the international scene.

“The stuff I’ve seen so far, I’m really happy with. Although this has been a pandemic and a time of loss and sadness for many, it’s also been a time of people really using their minds and being so creative,” she said of the designers.
Other designers participating include Onalaja, Bibi, Pepper Row and Fruche.

Right from inception, ARISE Fashion Week has been keen on taking African fashion to the next level. It continues to push the envelope by introducing emerging designers on its platform while giving established brands the needed spotlight.
The 2020 virtual edition kicked off yesterday and will continue till December 12 when the overall winner will be crowned. Viewers can catch all the excitement on ARISE Play streaming service and ARISE NEWS Channel.