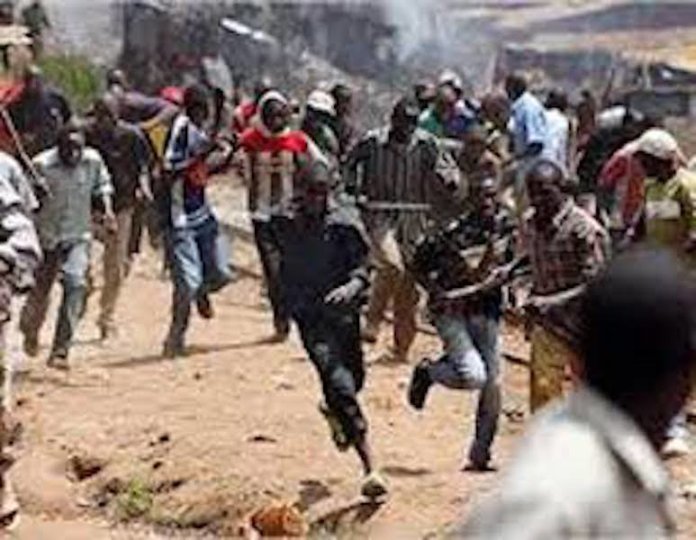 The people of Tiv ethnic group in Taraba State under the umbrella of the Mutual Union of Tiv in America (MUTA) has called on the federal government to lead efforts, not only to resolve the displacement of Tiv people in Taraba State, but also ensure that the threat to their citizenship rights is eliminated.

The group in a statement issued and signed by its leaders, Prof. Joseph T. Zume and Simon Kusugh, and made available to THISDAY, stated that it does not believe that the Taraba State Government will sincerely resolve the issues involved “because it has spearheaded the campaign to obliterate Tiv history in the state. The renaming of Tiv towns was carried out by the state government and when attacks on Tiv communities began, the state government refused to provide places of safety for the victims.

“We, therefore, demand that the changes to the names of Tiv towns and villages in Taraba State be reverted to their original names.”

Zume and Kusugh in the statement alleged that over the years, Taraba State has grown increasingly hostile to its Tiv population.

Highlighting their grievances further, they said: “Back in 2001, the Tiv diaspora community had cause to write to then President Olusegun Obasanjo, expressing concerns about the massive killing of Tiv people in Taraba State by Jukun militias. A swift government intervention then brought succor, albeit temporarily.

“Eighteen years later, a more vicious pogrom has been visited on the Tiv people of Taraba State by the Jukun. In 2019, the violence killed scores of Tiv people and caused the displacement of hundreds of thousands from their communities.

“What makes the current crisis deserving of special attention is that the Jukun have not only violently overrun about 30 Tiv villages and towns, but they have also renamed them to obliterate their Tiv histories. To provide just a few examples, the Jukun have captured and renamed the following towns and villages: ‘In Takum Local Government Area, Peva has been renamed Chanchanji, and Tse-Ahmadu renamed Kufai Ahmadu. In Wukari LGA, Tse-Ayu has been renamed Tsokundi, and Toho Abanyon renamed Adikyan. In Donga LGA, Ananaum has been renamed Wutobi, and Ishagogo renamed Sabongida Suntai. In Gassol LGA, Dan-Anacha, the biggest Tiv settlement in the local government area with a population of over 150,000 people has been renamed Kwararafa. The list is much longer,” they declared in the statement.

The statement added that: “In the meantime, the Taraba State Government even denies the Tiv IDPs the courtesy of make-shift camps for temporarily accommodating displaced peoples.

“Instead, we understand that soldiers have been stationed in Tiv villages like Tor-Iyorshagher to prevent IDPs from returning to their ancestral homes. The renaming of Tiv communities and towns signals the unequivocal intent of the Jukun to uproot Tiv people from their legitimate ancestral lands All these actions run contrary to the provisions of the Nigerian Constitution.

“In contrast to what the Jukun are doing in Taraba State, their kith and kin enjoy peace and acceptability in the Abinsi community of Guma LGA of Benue State. The Tiv of Benue State accepts the Jukun of Abinsi as indigenes of the state, having settled there for generations.

“We are, therefore, calling on the federal government to show commitment in the resolution of the Tiv-Jukun crisis in Taraba State that has lingered for so long.”