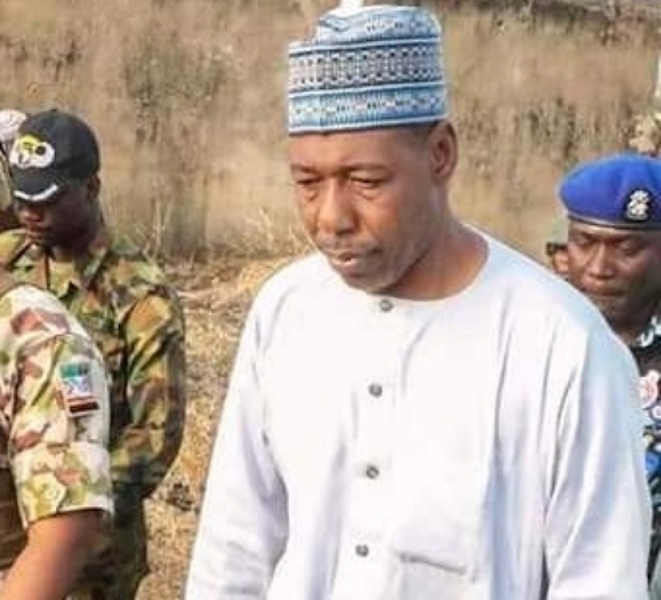 There is more to the crisis in Borno State, argues Victor C. Ariole

By the complaints of Governor Babagana Zulum, asking for mercenaries and requesting that more of Borno indigenes be recruited into the army and civil defence corps, it is evident that among the governors who ruled Borno State since the Boko Haram insurgency, he remains the most patriotic – the son of the soil. Modu acted like a vassal of Deby, and Shetima acted like the “boy” of Modu. In all, they seem to be serving a consortium of land grabbers or neo-colonialists just like the Zulus fought such consortium in the days South Africa’s soul suffered great assault of combined land grabbers – Boers, Germans, British and French.

Borno State, especially the Lake Chad region and proximity, is sought for by a consortium of countries and powers, for whatever reason most uninformed Nigerians could not understand including, for sure, the soldiers and some of their commanders.

The real interest must be known by now elevated Field Marshal Idriss Deby Itno. One wonders how a civilian president would decide to wear the pips of a Field Marshal after going into war to merely harass and push the insurgents back to Nigeria’s territory.

The archives have it that Lake Chad covered an area of one million Kmz during colonial era – that is, slightly larger than Nigeria, combining four countries – Chad with about 40% of the space, Nigeria 35%, Cameroun 15% and Niger 10%. And it has pockets of Islands estimated to be over 90. It became also UNESCO’s world heritage by the immense archival values it incubates – the belt of whatever it incubates flow through the River Ubangui Chari in Chad and Central African Republic to the Congos and deep into the Atlantic Ocean.

Nigeria needed to anchor the survival of Borno State on a larger Pan-African interest to avoid the human, military and financial wastages going on for a decade. Ghana and Togo understood that as they managed very well the Aflao border dispute that could have decimated the Ewe people that commonly shared the space notwithstanding their belonging to both countries. Ghana was also restrained by the fear of Togo’s defence pact with France. Côte d’Ivoire and Ghana were also embroiled in such crisis as border areas like Bassam and Agnibelekro were even managed better by Ivoiriens’ leaders’ sagacity of making those areas so much prosperous that both the Ghanaians and the Ivoiriens, enjoying the space, shunned the Ghanaian belligerent assault. Even the Senegal Casamance crisis was also better managed by President Leopold Sedar Senghor, a Christian ruling over 95% Muslim Senegal, that its negative effects to their economy was minimized. Borno is a borderland state involving human beings of the same tribes living in four countries. Fulanis in the four countries, Shua Arabs in the four countries, Kanuri and Hausa in the four countries but mostly concentrated in Chad and Borno State. In all, almost 65% of the inhabitants are destitute with Chad having 62% of its population as destitute, going by United Nations records; and from where most of the insurgents’ combatants are recruited. In effect, such a destitute population could be easy prey to insurgent recruitment and even Borno State with its population of destitute is not spared. Imagine over three million children -out- of- school with a population of about six million, going by Wikipedia records.

Chad has about 16 million people and about 10 million are destitute, Niger has about 24 million and about 14 million destitute, Cameroon has about 27 million people and about 37% of that population remains poor and, according to some of their privileged ones, the “Boko Haram” region serves as the “gold digging” region of their poor. The poor go there to see which service to offer the Boko Haram insurgents for money. Reports have it that for every successful suicide bombing mission in Nigerian territory, they receive a 4 x 4 Jeep each; and these Jeeps are parked close to the borders. Chad, the main fear of Boko Haram as well as its main conspirator, remains the “enfant terrible” of both west and central Africa, and linking its interest to the Arab world; even when France remains its backbone military wise. The Arab connection is not yet certain until recently when some of the sponsors were reportedly sentenced in Dubai court, leading to probing the Arab involvement.

France, for sure, is the biggest among all the powers that know what exactly is going on in the axis, often described by the West as part of the “Evil Axis”.

Somewhere on the street of Côte des Neiges in Montreal, last year, I came out of the University of Montreal, walking my way to a shopping mall. I overheard a man calling for attention to hear what the West is doing to Nigeria as Lake Chad shrinks to 10,000km2 just 1% of its original size. He never mentioned Boko Haram. I started wondering why Lake Chad must matter more than the insurgency there. The man who claimed to be a Hungarian lectured me on why Lake Chad mattered most and informed me that the Chinese are willing to commit $6 billion to replenish Lake Chad from both River Congo through Logone and Ubangui Chari River or even the Nile. I was further perturbed by the mention of China and its confrontation with the West on issues that ought to be solved by Africans. He told me that they are meeting again in Sudan to plan further how to carry out the plan. In effect, land grabbing is never ruled out to claim the original one million Km2 with Field Marshal Deby as the leader.

In all, my mind went to another Zulu war, this time around by Governor Zulum trying to fight a consortium of world powers and I wondered further: where is Nigeria or Africa’s intelligence in all this? Service chiefs are not the problem; even if they are changed without Field Marshal Deby dethronement they will remain helpless.