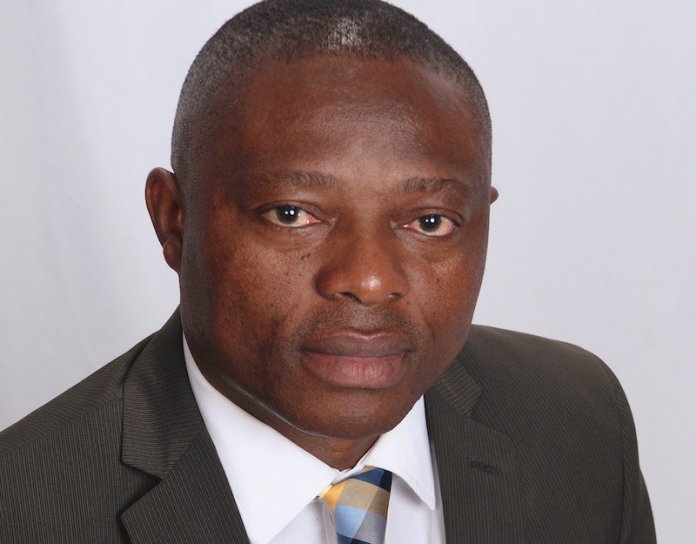 In What Africa Stands to lose, a book that x-rays Trump’s rhetoric on Africa, Nigerian-American journalist, Ekanem Williams, offers new insight into how Africa can change the negative narrative around its development, writes Chiamaka Ozulumba

It’s the last days of the world’s most powerful man and America’s 45th president, Donald Trump. But his views on Africa continue to be a subject of debate. For many, his tirade against Africa revealed ignorance about a continent that has contributed to the building of the United States.

Yes, Trump is not just your regular U.S President. He prides himself as an anti-establishment crusader and a honest straight-talker. But his actions and statements on international issues are beyond the norm in international relations.

In January 2018, the U.S media reported that the President had described Haiti and many other African nations as “shit hole countries” in a closed-door meeting about immigration. Even for Trump, the disparaging comment was a touch too heavy.

Nigerian-American journalist, Williams Ekanem, in his latest book ‘What Africans Stand To Lose’, analyses the origins and weight of Trump’s statements on Africa and how his administration has, more than three years after its inauguration, has engaged with African countries.

The US remains the world’s largest economy and boasts of, arguably, the most sophisticated military on earth. Its position on Africa matters, justifying Ekanem’s effort to understand the Trump factor vis-à-vis the continent’s fight to escape the ‘developing’ tag imposed on it by the rest of the world.

No doubt, negative comments from the US President about Africa is bad public relations for the continent. But is it always a losing proposition? What lessons can Africans draw from Trump’s rhetoric for the continent? And what tools are available to re-imagine the future? These are some of the questions Ekanem grapples with in ‘What Africans Stand To Lose’.

Ekanem begins, in chapter one, by detailing America’s gradual introversion which, although accelerated by the Trump presidency, has been decades in the making. He traces Trump’s distaste of Africa to a speech the US President made at the sidelines of the United Nations General Assembly in 2017. “I have so many friends going to your countries, trying to get rich,” Trump said at the meeting, which was attended by African leaders from Cote D’Ivoire, Ethiopia, Ghana, Namibia, Nigeria, Senegal, South Africa and Uganda. “I congratulate you, they’re spending a lot of money. It’s really become a place they have to go, that they want to go.” Since Trump had cast Africa as a ‘wealthy place’, Ekanem reasons, the US President would be less inclined to offer more developmental assistance. This, the author argues, is an advantage for Africa to rely more on Africans. “As it is now, Trump has pulled the rug from under their feet as the largesse would not be coming in as usual,” Ekanem writes. “It is therefore a time for African leaders to be more discerning to their environment.”

In chapter two, the author takes a deep dive into Trump’s shit-hole comments and meticulously documents the media backlash and ripostes that followed. African leaders responded with strong words of their own; US diplomats on the continent were summoned to offer clarifications, and Trump himself was forced to apologise via a letter. “In the letter,” Ekanem notes, “Trump offered his deepest compliments to African leaders, noting that US soldiers were fighting side by side their African counterparts against extremism on the continent and that the US was working to increase free, fair and reciprocal trade with African countries and partnering to safeguard legal infrastructure.” The apology was followed by a commitment to do better by the continent as the then US Secretary of State, Rex Tillerson announced an African tour; he would be the first senior Trump administration official to visit the continent.

The third chapter details Tillerson’s ill-fated trip to Africa which was cut short after the former oil and gas executive was fired on Twitter by Trump. Ekanem writes that during the trip, which started in Ethiopia, Tillerson did a “good job in de-escalating the damage caused by President Trump’s indiscretion” but his sack ensured the gains disappeared, like dust. “It was, indeed, a lost opportunity because diplomatic observers were so hopeful that the Tillerson trip would be the pedestal from which a meaningful dialogue for an acceptable US-Africa policy would be developed for the administration.”

Without a solid plan for Africa in the first two years of his Presidency, how was the Trump administration faring in its treatment of the continent, compared to other past US administrations? To answer that question, the book’s fourth chapter turns to history to examine how former US Presidents, from John F. Kennedy to Barack Obama, engaged with Africa. Worthy of note is George W. Bush’s assessment, which was lauded for its deep contributions in the continent’s healthcare, democracy and human rights. Quoting Bob Geldof in Time magazine, Ekanem notes that Africa is the “triumph of America foreign policy and is the Bush administration’s greatest achievement.” Barack Obama, too, was noted to have made four trips to Africa – the most by any United States president – but “the substance of Obama’s presidency may not have been what many Africans had hoped for.”

Briefly, in chapter five, Ekanem touches on the subject of foreign aid, a system of benevolence which has been criticised, by some, of feeding corruption in developing countries and perpetuating a culture of dependence. With well-marshalled arguments for and against foreign aid, the author notes that the consensus is that “foreign aid should be less about giving out money, but more about the collegial engagement of donors and recipients of aid to achieve the desired objectives.”

Very few books on international relations published today can avoid the China subject. In chapter six, Ekanem looks at the prospects of China in Africa. With the US having shaped its foreign policy in Africa as a response to Chinese engagement on the continent, the subject takes even more outsized importance. Ekanem draws on an abundant scholarship to argue that China’s position on the continent is largely desirable. The world’s second-largest economy has, in the past two decades, ramped up foreign aid and investment on the continent; it also offers cheap loans to many African countries to build much-needed public infrastructures such as rail-lines, roads, airports, bridges and power stations. The author, however, doesn’t shy away from the problems – unfair labour practises, predatory lending – usually associated with China’s play in Africa. But, compared to the US’ African policy, which has been described for its “lack of substance”, the Chinese seem to be doing quite well.

The seventh chapter, named after the book’s title, brings to fore what Africans stand to lose from Trump’s inaccurate portrayal of the continent. Well, the Trump administration has proposed foreign aid cuts to the continent and has imposed visa restrictions, making it harder for people of African origin to immigrate to the US. In 2018, the administration unveiled a new Africa Strategy, part of which included Prosper Africa, an initiative that seeks to boost trade and investment between the US and African countries. But, Ekanem, in his rich analysis of the situation, notes that the new strategy has “generated more criticisms than commendations.” One, the strategy was announced by the office of the National Security Adviser, not the US State Department, which is responsible for such diplomatic interventions. Two, the rhetoric from the US government called for African countries to either choose the US or China, a throw-back to the days of the cold war; simply put, a degression of the international relations theory of multilateralism.

In the eighth chapter, Ekanem examines the origins of Trump’s stereotypes which, like Conrad’s Heart of Darkness, emerges from the vision of Africa as a vast, uncultivated forest inhabited by sub-humans who require western civilisation to be considered full homo-sapiens. Africa’s problems of corruption, violence, crime, war, poverty are not unique to it. “Another reason for the unending stereotype is the fact that most people in the western world do not travel outside their countries of origin,” Ekanem writes.

The last chapter focuses on Africa’s growth potential, with ample statistics to show that the continent’s trajectory points upward. The figures are backed up the number of young people and avalanche of natural resources available across Africa. The book ends carrying a torch of hope, offering a new way to look at the continent beyond Trump’s myopia and the consequent retrogression of America’s foreign policy, a country once vaunted as leader of the free world.

Ekanem’s triumph with ‘What Africa Stands To Lose’ lies in his almost dispassionate handling of the material before him and a sticky penchant for balance, putting two contrasting ideas in a box and allowing them fester till the truth – or something close to it – escapes. These qualities are, no doubt, influenced by his journalism roots. (He worked for many years as a Business/Financial Editor in Nigeria and has reported from the White House, the US Capitol and the World Bank in Washington D.C.). Still, his faith in Africa is bare on the page, from start to finish. Ekanem understands – perhaps unwittingly – that good arguments are woven around reason but have their roots in solid faith.

A bit of more storytelling would have softened Ekanem’s stolid narration of Africa’s fate under the Trump presidency. For stretches, occassionally, the writing is too muscular, even repetitive, threatening to undermine the exciting underbelly associated with most analysis of a ‘Trumpian’ universe. Ekanem does tell a personal story, at the start of chapter eight, but it’s not enough.

‘What Africans Stand To Lose’ comes at a perfect time, even as the Trump administration faces a reckoning in the November US presidential election. But the book is beyond Trump and speaks to Africans’ visualisation of their place in the world; it doesn’t shy away from the continent’s stark realities, but it works to provide an alternative view of the future, one that places the continent’s hereafter in the hands of its own peoples.