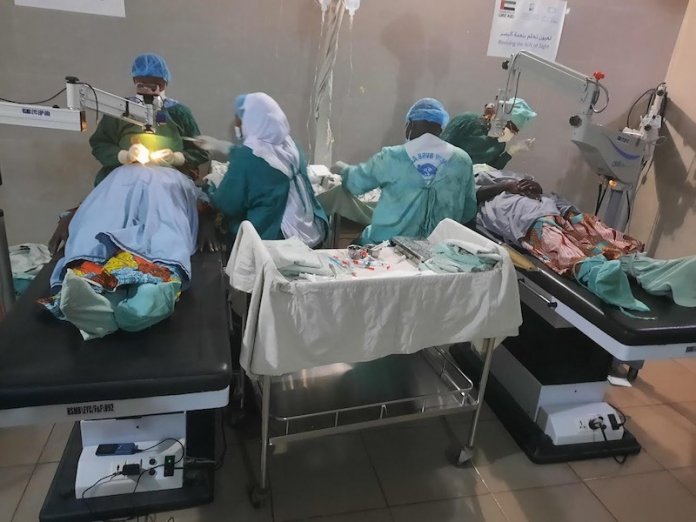 In April 2019, a United Arab Emirates (UAE) based non-governmental organisation, Noor Dubai Foundation signed an agreement with the Katsina State Government which led to the establishment of Comprehensive Eye Care Center in the state.

The four-year (2019 to 2022) sustainable comprehensive eye care programme, is aimed at improving the quality of life and socio-economic status of people in the state and in neighboring states through improved access to quality eye care services.

The foundation started as a personal initiative by His Highness, Sheikh Mohammed Bin Rashid Al Maktoum, Prime Minister of the United Arab Emirates and Ruler of Dubai, and was launched with the vision of a world free of preventable blindness.

It provides therapeutic, preventative, and educational programmes to treat and prevent blindness in developing countries on a regional and international scale, thereby bringing light back into the lives of those in need, particularly the most vulnerable persons in the society.

The rapprochement for the implementation of the programme in Katsina which took place in the office of the Wife of the President, Her Excellency Aisha Buhari, was attended by the Deputy Head of Mission, Embassy of the United Arab Emirates, Mr. Khalifa Almehrzi; the Deputy Governor of Katsina State, Alhaji Mannir Yakubu; the Permanent Secretary state Ministry of Health, Dr. Kabir Mustapha, among others.

The programme plan was said to be developed after wide consultations and stakeholder meetings with Katsina State government and potential partners. It was built on the World Health Organisation Eye Care Service Assessment Tool and a population based survey conducted to determine cases of blindness in the state.

With budgetary provision of $2 million, the programme is projected to provide a socio-economic yield of $8 million in increased productivity as well as tackling major cases of visual loss, including cataract surgeries, free healthcare screening, human resource development, rehabilitation support services for the permanently blind persons and health education.

The choice of Katsina, according to the international charitable organisation, resulted from a survey conducted across the state, which revealed that there were at least 122,000 visually impaired people in the state, out of which 25,000 were blind with only four ophthalmologists spearheading the affairs of its eye care centre.

Miffed by the menace, the organisation in collaboration with the state government and other non-governmental organisations in October 2019 commenced the free humanitarian services that encompasses free cataract surgeries, eye screening and provision of free eye glasses to patients in three senatorial zones of Katsina, Daura and Funtua.

Noor Dubai Foundation targeted to conduct cataract surgeries for 12,000 people to restore their sights and 37,000 people are to be screened and treated for eye related diseases. While 320,000 school children will also undergo eye screening and treatment and 1,000 people with permanent visual loss will be rehabilitated in the state.

Accordingly, as of November 28, 2020, the organisation conducted 2,454 successful cataract surgeries and eye screening for over 5,238 patients in Katsina, Daura and Funtua general hospitals. The intervention is greatly reducing the spate of blindness in the state.

Speaking in an exclusive interview with THISDAY, the Programme Manager of Noor Dubia Foundation, Mr. Shehu Suleiman, added that the foundation had sponsored 10 nurses in the state for nurse refractions training at the National Eye Centre and were given the needed equipment to work with.

He reiterated that over 2,313 visually impaired persons had been treated with either medications or eye glasses, six ophthalmologists and optometrists and one optician had been employed to boost efficient and effective service delivery in the state.

Suleiman, who was monitoring the eye surgery at the State Eye Care Centre, said: “We have operated 2,454 cataract patients since the commencement of the programme. This number would have been much doubled if not for the outbreak of covid-19 pandemic that has stopped everything for about four months.

“Also, we are currently training 250 community health extension workers drawn from the three senatorial districts of Katsina state, namely; Katsina, Daura and Funtua. These health personnel will be assigned to different healthcare facilities in communities across the state.

“The programme is aim at improving quality of life and socio-economic status of people of the state through improved access to quality eye care. It will cost about $2 million with the Katsina state government contributing additional 20 per cent in kind”.

Suleiman added: “The uniqueness of Noor Dubia foundation is that we don’t demand money from the government, our only demand was that government should recruit more eye doctors, eye nurses, optometrists and opticians. So, the demand is in kind not in cash and the government has fulfilled its own part of the obligation”.

One of the beneficiaries, Ahmed Hassan, who spoke in an interview with THISDAY, commended Noor Dubia Foundation, development partners and the Katsina state government for embarking on what he termed first-ever service for blind people in the state.

The 65-year-old man said: “I have been suffering from blindness for more than six years, but today with the assistance of Noor Dubia Foundation I can now see everybody and even how Katsina city is. I thought they will ask me to pay after the surgery but the doctor told me that is free. I lack words to express my appreciation”.

Another beneficiary, Fatima Buhari, who could not controlled her emotions while expressing her gratitude to the non-governmental organization for the free eye surgery, called on the foundation to extend it services to villages and communities in the state in order to incorporate rural dwellers who are suffering with the same illness.

Also, a 52-year-old Tanimu Usman who got free eye service from the foundation, described the programme as a life saving experience for thousands of visually impaired persons in Katsina State.

Usman, who said that he had the need for reading glasses for sometime but was not able to afford it, could not hide his joy after he was tested and given free reading glasses and some drugs for his eyes.

“It is only God that will bless them for us, more grease to their elbows, I also pray that others get this opportunity and I pray government increase this outreach farther into the hinterland,” he said.

Meanwhile, as a member of the International Agency for the Prevention of Blindness and the Mohammed Bin Rashid Al Maktoum Global Initiatives Foundation, Noor Dubai aims to fulfil the objective of Vision 2020 – The Global Initiative for the Elimination of Avoidable Blindness. 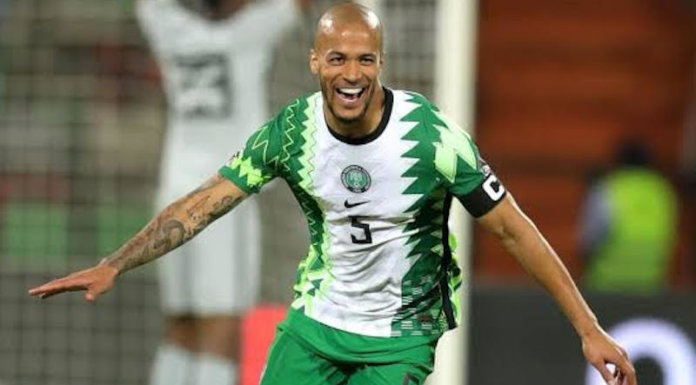